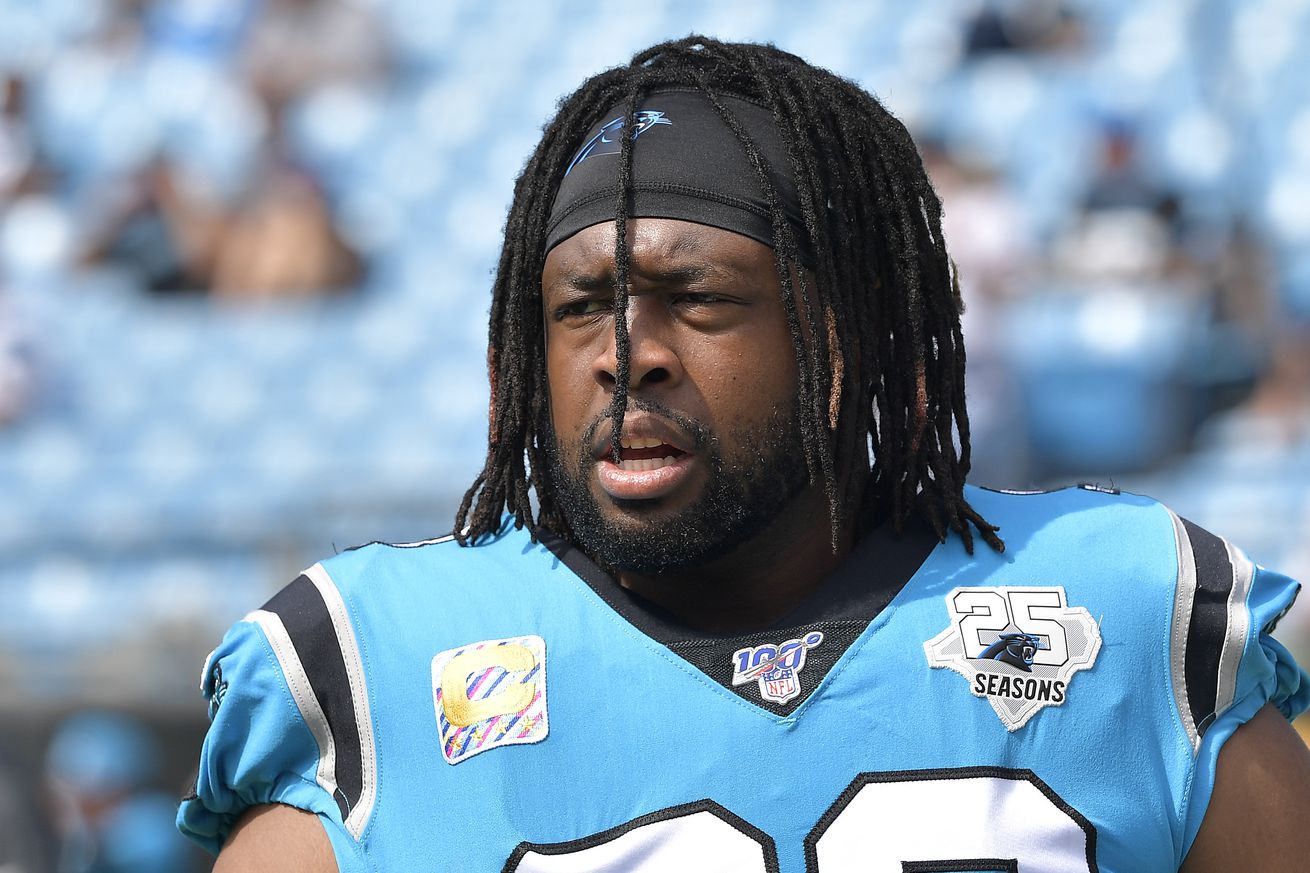 All the news from Tuesday for the Cowboys.

Gerald McCoy was one of the Cowboys’ top free agent additions this offseason, but after a season-ending injury on Monday he’s no longer on the roster. The Cowboys exercised an injury waiver in his contract, although McCoy is still going to be hanging around.

There was an injury waiver as part of the agreement on the three-year, $18 million deal McCoy signed as a free agent in March that would negate the contract going forward because of chronic tendinitis in his right knee/quadriceps.

Earlier Tuesday, Cowboys coach Mike McCarthy said he anticipates McCoy will continue to be around the team as he rehabs. “Actually Gerald, that was part of our conversation, he expressed not only a desire to be here and be part of what we’ve started here,” McCarthy said. “Obviously he’s very comfortable and this is where he wants to be. That’s exactly what he communicated to me.”

Everson Griffen in practice Tuesday, no drills yet – @JonMachota

Everson Griffen is coming into Dallas with some big expectations, but that hasn’t stopped the Cowboys from bringing him along gradually. Griffen made his first appearance at practice on Tuesday, although drills will have to wait.

New Cowboys DE Everson Griffen was at practice today in full pads. He did some walk-through but no team or individual drills. Should be ready to practice soon

One of the saddest parts of the Hall of Fame inductions last year was Drew Pearson being left out yet again. But on Tuesday, Pearson was announced as a senior nominee, almost guaranteeing he’ll be inducted.

Pearson has officially been named one of only two senior nominees for induction into Canton, the other being former Raiders coach Tom Flores — the Hall of Fame announced on Tuesday — and while voting won’t take place until just before Super Bowl LV, it’s known senior nominees usually get ushered into immortality with no resistance. And given all Pearson has endured emotionally to get to this point, it’s hard to fathom he doesn’t finally find himself home amongst the other gods of the sport.

Pearson, the receiver of the original “Hail Mary” pass thrown by Hall of Fame quarterback Roger Staubach against the Minnesota Vikings, went on to finish his NFL career having amassed 7,822 receiving yards in his 11 seasons as a Cowboy, and while that may not seem like much by today’s pass-happy standards, it’s key to note Pearson played in an era dominated by running backs. Despite that having been the case, his yardage tally was the most in franchise history at the time, since bested by only Tony Hill, Michael Irvin and Jason Witten.

The Cowboys are churning along in training camp, and several players are starting to turn heads on a consistent basis. In other areas, players lower on the depth chart are getting opportunities to step up after injuries to starters.

— In the Cowboys’ first practice without defensive tackle Gerald McCoy, it was clear that 2019 second-round pick Trysten Hill will receive every opportunity to show he’s ready for an expanded role in 2020. It’s up to him now to seize that chance. Hill played 121 defensive snaps as a rookie.

— Safety Ha Ha Clinton-Dix broke up a pass intended for tight end Dalton Schultz. Schultz, who has struggled to convert contested catches in recent days, hopes to fend off Blake Bell for the No. 2 tight end role behind starter Blake Jarwin.

The Cowboys practiced in pads inside the Ford Center for a second straight day. And for the second straight day, Bernard recorded an interception. This time, the undrafted rookie from Utah intercepted quarterback Clayton Thorson in 11-on-11 on the final snap of practice. On Monday, he intercepted a pass during a 7-on-7 period and returned it for a touchdown.

Dez Bryant is once again looking to make a return to the NFL after sitting out the 2019 season while recovering from a torn Achilles. Apparently he’s talked with the Cowboys about a return, but it doesn’t seem likely.

It’s not hard to see why Bryant would embrace another chance to play with the Cowboys. While he initially sought an opportunity to play Dallas twice a year following his 2018 release, the receiver has talked openly about how he never wanted to leave the team that drafted him 24th overall back in 2010. Besides the fact Dallas is where he once ranked among the NFL’s top wideouts, the Cowboys are also loaded offensively entering the 2020 season, with Bryant himself all but lobbying a move to tight end in order to accommodate the rest of the team’s current weapons.

Still, it’s unclear exactly how much Bryant has left in the tank. The three-time Pro Bowler was one of the game’s premiere red-zone targets at the peak of his Cowboys career, but his numbers began to dip starting in 2015, when he battled foot and ankle injuries. The veteran never posted a catch percentage above 52 percent from 2015-2017, and days after signing with the New Orleans Saints late in the 2018 campaign, he landed on injured reserve with a torn Achilles.

When Everson Griffen was signed, much to the satisfaction of fans everywhere, it meant there was going to be a casualty. That ended up being Jalen Jelks, but the second-year edge rusher has found a new home in North Carolina.

The Carolina Panthers have claimed second year pro Jalen Jelks. The defensive end was waived by the Dallas Cowboys as part of their acquisition of Everson Griffen yesterday. Jelks is technically in his second year in the NFL, but he spent his rookie year on the Cowboys’ injured reserve after suffering an undisclosed injury following their final preseason game of 2019.

A University of Oregon product, Jelks has a big frame and the potential to build up enough mass to become an ideal size for an NFL defensive end. He had a quiet senior season at Oregon after a breakout junior season that landed him on numerous first- and second-team All-PAC-12 Conference lists., It has been too long since he has played meaningful football to project his impact on the Panthers rather thin rotation at defensive end.

The Cowboys have a lot of veterans planning on starting for them this upcoming season, but they found two guys with their first two draft picks – CeeDee Lamb and Trevon Diggs – who figure to start as well. The early outlook on both of them is very good.

Based on early reports, things are going very well for the Dallas Cowboys top two draft picks, CeeDee Lamb and Trevon Diggs. Both players come in with a lot of expectations. CeeDee Lamb was one of the ten best players in the draft and fell to the Dallas Cowboys at number 17. Many pegged Trevon Diggs to be a late first-round draft pick, and he fell to the middle of the second round for the Cowboys. Diggs, in particular, is tasked with being the long-term replacement for former Cowboys’ cornerback Byron Jones.

There’s often a lot of hype about a rookie draft class, especially your first and second-round picks, but it isn’t often that they’re making plays early in training camp. There’s been an emphasis this offseason and creating a scheme that allows players to attack the football and adding players that can create turnovers, especially in the secondary. Mike McCarthy has been impressed with Trevon Diggs in the early going.

The Cowboys released Gerald McCoy on Tuesday. Here are our thoughts.