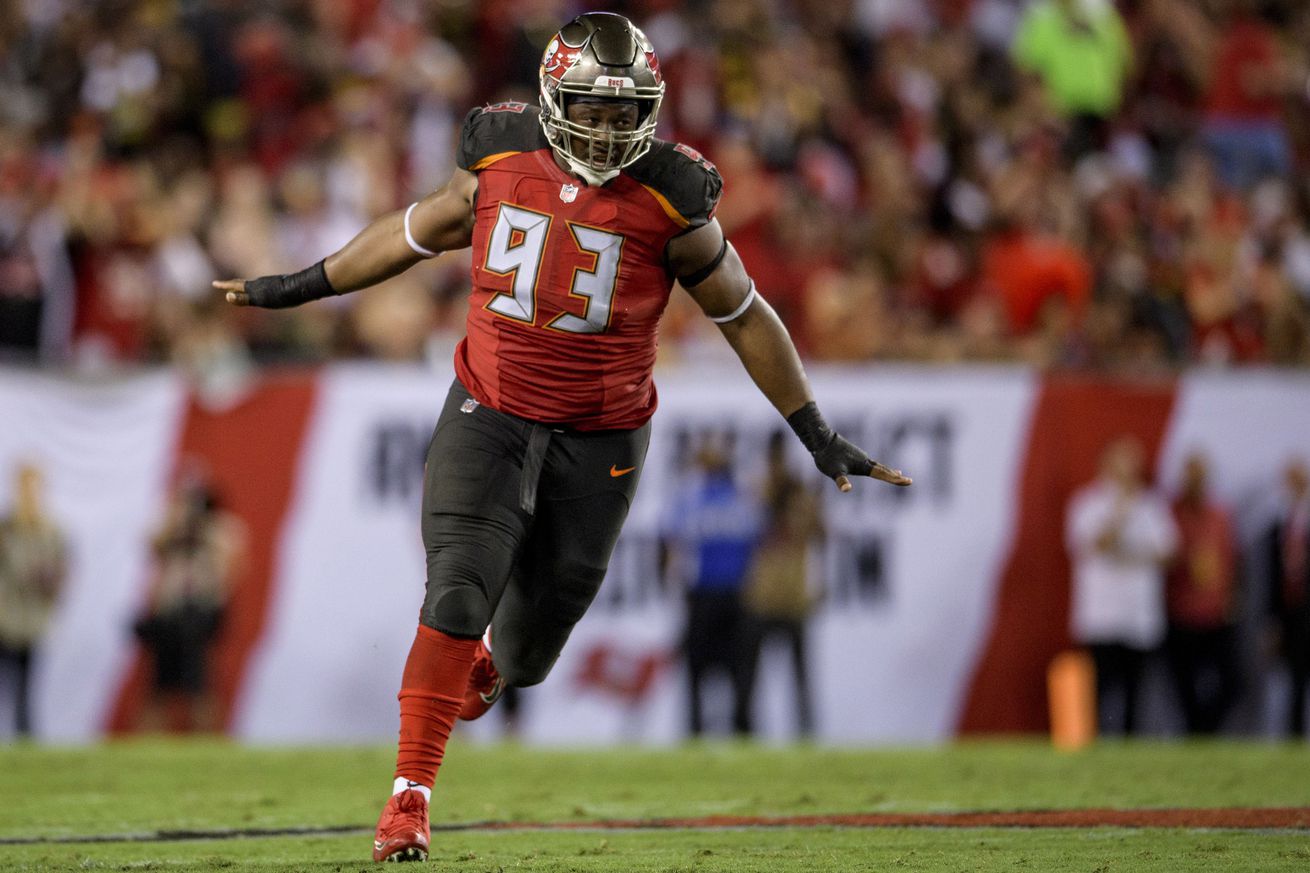 Class all the way.

The first two days of this week were quite the ride for the Dallas Cowboys, that’s how you know football is really back, namely with regards to Gerald McCoy.

On Monday, during the team’s first padded practice of the season, Gerald McCoy suffered an unfortunate season-ending injury when he ruptured his right quad tendon. Cowboys fans everywhere were immediately grief-stricken, then comforted by McCoy’s statement shortly after the injury occurred that he wanted to be whatever help he could to the team in 2020 given his new status. This was a sentiment that Mike McCarthy echoed in his Tuesday morning press conference.

It was Tuesday afternoon, hours after McCoy posted a video on Instagram showing high spirits before surgery, when things took quite the turn as it was reported that the Dallas Cowboys released McCoy with an injury waiver. This shed light on the business side of the NFL which can be a tough pill to swallow.

Late Tuesday night, Gerald McCoy took to Instagram yet again and did so from a hospital bed. In a post featured multiple photos and videos he noted that he is remaining positive in his circumstances and that adversity does not build character, it reveals it.

Expectations vs Reality!! I am beyond blessed right now man. First things first I woke up this morning. What can be a better blessing than that. Secondly I had to go under to have surgery and I woke up from that. Another blessing!! Now I’m in recovery mode. Idk if anybody has seen #alexsmith story but this man almost lost his life. He had 17 surgeries in 9 months and was out of football for almost 2 yrs. He’s fully recovered and back in action. You think I’m gonna complain about a few months of hard work!! Man I’ve got it easy!! Thank you God for this great opportunity to get better!! Once again I appreciate all your prayers please keep them coming!! Luv!!

This whole post, namely the videos in it, is worth your time as McCoy is clearly someone with an incredible amount of resolve. What’s more is that he is apparently an even larger person in the sense of giving as he noted his plans for the 2020 season even though he is not a part of the Dallas Cowboys anymore.

McCoy’s comments from the first video in the post:

“Yo! What up, yall! Yea. I’m great, man. I’m doing wonderful. First things first, thank you for all of your prayers. They worked! Surgery went great. I’m in a great mood. Im feeling good. Just sitting in this hospital watching NBA playoffs, man. I know yall are like, ‘Man how’s he smiling with everything that just happened?’ Listen. Don’t worry about that. This is what I always tell people. You’ve got to find out who you are and what your true identity is. Until you’ve found what your true identity is, you’re going to struggle. Because if your identity lies within what you do and it doesn’t and it doesn’t go well with what you do… you’re going to struggle. So find what your true identity is. Football is what I do. It’s not who I am. Yes, I love it. Am I disappointed with how hard I worked this offseason? Of course I am. But it’s not the end of the world, man. Remember this… adversity doesn’t build character. It reveals it. Love you guys.”

McCoy’s comments from the second video in the post:

“Oh and I meant what I said earlier, man. I’m going to continue to mentor these young boys. Only thing is I can’t go in the building and do it. But I have these guys’ number, man. I’m going to be watching on tv and any way I can, man. They know they can call me or text me, whatever. Ain’t nothing going to change. It’s just who I am. You ask any of my former teammates, whether it’s Tampa or Carolina, they’ll tell you, ‘Gerald still check on me, make sure I’m doing good, make sure my technique is right,’ it’s just who I am. I ain’t going to be fake. I can’t be fake, man. I love people and I just want everybody to be successful. So if I can help, I’m going to do it. So yall young boys… yall think yall got rid of me?”

It certainly says a lot about the character of Gerald McCoy that he would be feeling the way he is and that he would still be wanting to mentor Cowboys players. He said it best in noting that this is simply who he is.

Who is Gerald McCoy? One incredible person.