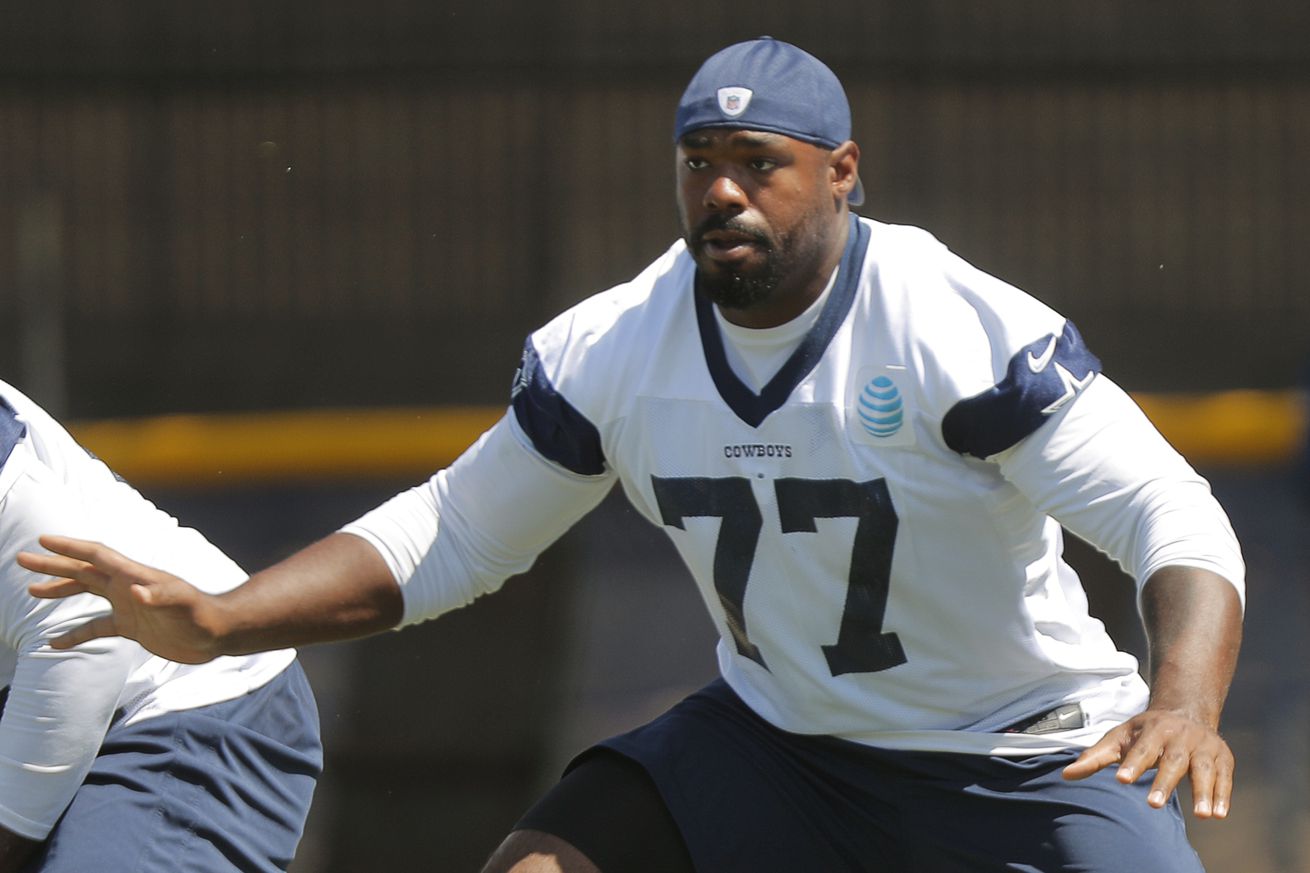 The latest update on the Cowboys training camp practice.

The Dallas Cowboys were back at practice after a break yesterday. Let’s check in with the local media that were allowed at the practice to get a recap of the action. As always, injury news is unwelcome but happens.

Cowboys LT Tyron Smith left practice during individual drills. He walked off with a trainer. No noticeable injury, but he did not return.

CB Jourdan Lewis appeared to injure his left ankle in team drills. He did not return to practice

The Cowboys have been battling injuries at the offensive tackle position all camp. This adds to the problem.

with Tyron sitting out, the Dallas offensive line was a total hodgepodge. the Cowboys used more combinations across the line than I could keep track of, even if I was allowed to share them.

and it didn’t look awesome! lots of pressures and sacks coming from the defensive front

Let’s hope it is minor for Tyron Smith and Jourdan Lewis.

On to the action.

-Most high-tempo & intense practice yet
-C. Wilson had a fantastic practice, may have lead in WR4 race
-B. Jarwin looks really quick off the line
-T. Diggs was picked on all day.
-Linebackers look at top form
-T. Hill was wearing #72
-Ceedee = cheat code

Cedrick Wilson had a nice day today. in the 2-minute situation, Dak found him for 19 yards on a crucial 4th down, moving the offense down to the goal line. on the next snap, Dak found him again for the “winning” touchdown

Cedrick Wilson continues to shine in his quest for the fourth wide receiver spot. And nice shoutout to Blake Jarwin, and underrated storyline on the Cowboys offense.

The practices are supposed to be no tackling, but sometimes football is football.

Cowboys aren’t tackling to the ground in practice, but Jaylon Smith had a decent hit on Tony Pollard near the sideline. We’re not allowed to quote players, so I’ll just say Everson Griffen liked the hit

The Cowboys defensive line, especially the ends, are creating optimism for an improved unit in 2020. They are working against some backups, but they are dominating.

I charted Tank, Aldon Smith, Bradlee Anae, Justin Hamilton and Trysten Hill. though they all did it against a variety of different OL

on one rep, Tank & Aldon Smith met in the backfield so quickly that Smith tumbled over Tank

We still haven’t seen Everson Griffen or Dontari Poe in action yet, but it looks like they could be getting close.

Cowboys defensive linemen Everson Griffen and Dontari Poe were at practice in full pads, but neither took part in team or individual drills

play of the day, I think, goes to Ventell Bryant. during the 7v7 period he made a reaaaalllly nice catch on a deep throw from Dak. Bryant got some serious airtime and made an impressive overhead catch on Daryl Worley. looked reminiscent of another Bryant I know.

The good news in the kicking department continues.

Cowboys kicker Greg Zuerlein is 12 for 12 on his field goal attempts in training camp. Longest has been from 44 yards