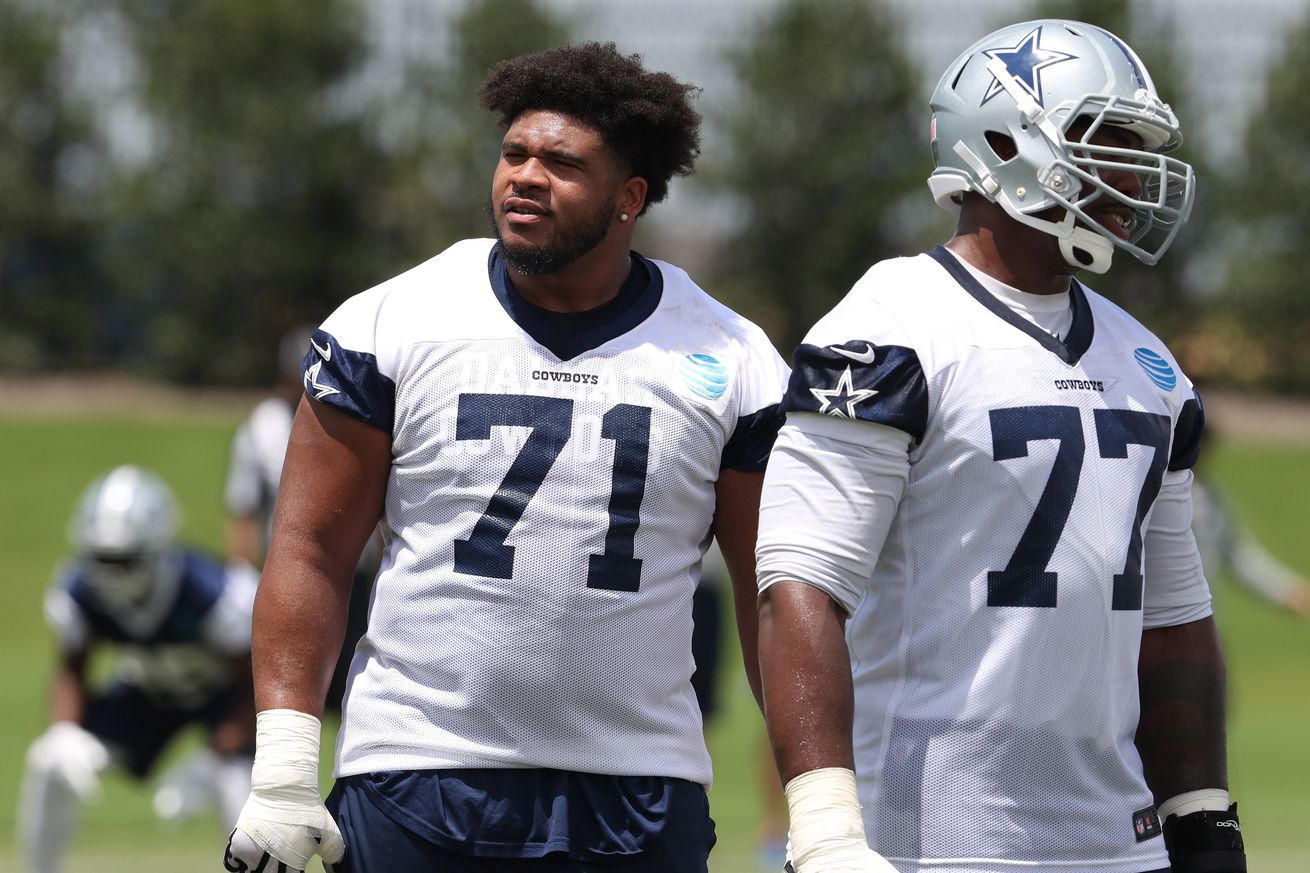 An update on the top tackles for the Cowboys.

The Dallas Cowboys have one of the better tackle duos across the entire National Football League in Tyron Smith and La’el Collins. Unfortunately injuries have been a bit of an issue for the duo lately, but such is the way that the game of football goes. Thursday marked a scary day for both players. One was a little more scary than the other as it was reported that La’el Collins missed practice due to being in a car accident. Tyron Smith left the morning practice with a tight hamstring but it shouldn’t be a long-term thing.

This sounded scary. La’El Collins got cut off, and this was described as a major crash. But Collins somehow came ok. And LT Tyron Smith, who walked off today, is “fine,” source said. https://t.co/pbLqhCMkYy

Thankfully both players are fine, and while not to diminish Smith getting hurt at all, Collins’ scary moment could have been a lot more disastrous. NFL Network’s Ian Rapoport noted that the incident was described as a “major crash” so the fact that all is well is truly what is the most important thing. Football easily takes second place to that.

We are just over three weeks away from the regular season beginning and the Cowboys are just about a week into training camp. Injuries are a part of the game so we will need to keep our fingers crossed that all stays strong for the foreseeable future.