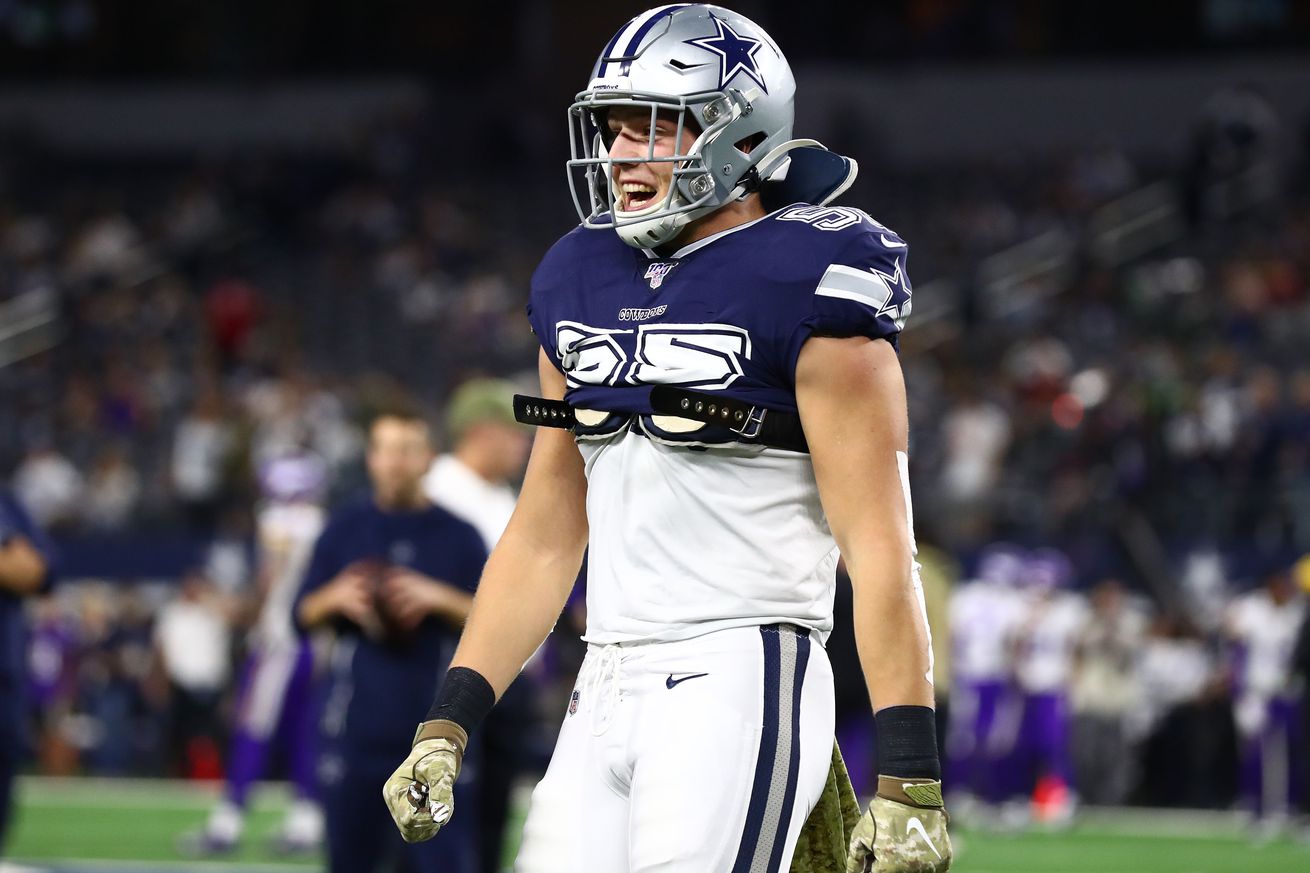 Keep an eye on these three Cowboys players.

As we approach the 2020 NFL regular season, many fans of different teams are hopeful and optimistic about their team’s outlook. That, obviously, includes fans of the Cowboys. With the hiring of Mike McCarthy and the additions of players like CeeDee Lamb, Everson Griffen and Dontari Poe, expectations are high in Dallas.

The team is coming off a season in which they posted an 8-8 record and missed the postseason despite being atop of the league in multiple offensive categories. A disastrous special teams unit and an underwhelming defense played big roles in preventing the Cowboys from repeating as NFC East champs. The hope is that McCarthy is the coach able to take a talented roster to that next level.

The current COVID-19 pandemic makes the upcoming season even more unpredictable than usual. The healthiest teams will have the best chances to win the most games, so players are required to be smart and disciplined on and off the field.

Players such as Dak Prescott, Ezekiel Elliott, Zack Martin and DeMarcus Lawrence will all have a big say in how successful the upcoming season is, but what about other talented players on the roster? There is a handful of players that, depending on how well they perform, can swing the 2020 season one way or another.

Many have jumped onboard the Blake Jarwin Hype Train. The former Oklahoma State pass-catcher possesses intriguing athleticism and has shown flashes of growing into a legitimate starting tight end in this league. The problem is that Jarwin — who has just 58 catches, 672 yards and six scores heading into his third NFL season — has not had the opportunity to fully establish himself in the offense.

Without having to see future Hall of Famer Jason Witten over his shoulder, along with a new coaching regime, the tight end spot is Jarwin’s. The 2018 undrafted free agent has seemingly developed a connection with Prescott and is primed to make a big jump as he plays his third season with the Cowboys.

If Jarwin is able to emerge in the way that many are hopeful he will, the Cowboys offense will be nearly impossible to stop. The big three at receiver with Amari Cooper, Michael Gallup and CeeDee Lamb is as good as it gets on paper, while the duo of Ezekiel Elliott and Tony Pollard is a high quality running back tandem. Having a tight end that can consistently stretch the field and make plays would strike fear into defensive coordinators and give the offense an extra element.

Byron Jones is off to the Dolphins, leaving a need in the secondary for the Cowboys. Dallas did add talent through the draft (Trevon Diggs in the second round, Reggie Robinson II in the fourth) and in free agency (Daryl Worley, C.J. Goodwin), but the team has to be hoping that their 2017 second-round draft pick turns in a successful 2020 campaign.

Early offseason rumors suggested that Chidobe Awuzie could make a switch to safety in the Mike Nolan defense, but that does not appear to be the plan as the Cowboys prepare for week one of the NFL season. Awuzie was targeted often throughout the 2019 season due to quarterback’s not wanting to test the talented Jones on the other side. Therefore, Awuzie gave up some big catches, but he is still a better defensive back than how he is portrayed.

Entering his fourth season in the league — and the final year on his rookie contract — Awuzie is looking to turn in the best season of his young career. The former Colorado Buffaloes star seems to be a fan of the new regime, something that can play a role in Awuzie taking that next step in his development.

“It’s about the pre-disguised look,” Chido tell us. “Last year everybody knew what we were running.”

The Cowboys secondary will be tested in a major way in 2020 with Jones off to the Dolphins and several newcomers at corner. A lot of talk has been what Trevon Diggs’ impact will have on the defense, but Awuzie may arguably be the most important player in the secondary. If he succeeds, that should mean good things for the rest of the defensive backfield.

Following his rookie season, Leighton Vander Esch appeared to be on track towards becoming one of the elite linebackers in all of football. The former eight-man football star and Boise State product was a big catalyst for the Cowboys in 2018.

He and Jaylon Smith flew all over the field and creating havoc for opposing offenses as the Cowboys made a run to the playoffs. One of the signature plays of LVE’s fantastic rookie campaign occurred against the Philadelphia Eagles, where he sniffed out the screen and shut it down before anything could happen.

The play that changed this 2018 Dallas Cowboys (@dallascowboys) season from 3-5 to 9-6 now NFC East divisional champs. If Leighton Vander Esch (@VanderEsch38) does not make this play by tackling the running back odds are Philly Eagles win the game. pic.twitter.com/ql7COZOs6o

Unfortunately, LVE was banged up with injuries throughout the course of his second season. As a result, the Cowboys defense suffered and did not look anything close to the same unit that they were in 2018.

Vander Esch claims that he is feeling good and is not worried about the neck injury that kept him on the sideline a season ago. If LVE is able to regain some of his 2018 magic, the Cowboys defense should see some improvement. It certainly helps having a defensive line featuring the likes of DeMarcus Lawrence, Dontari Poe, Tyrone Crawford and Everson Griffen in front to take up blocks and disrupt things at the line of scrimmage.

Which players are you looking at that can play a big role in how successful the 2020 Dallas Cowboys season ultimately turns out to be?