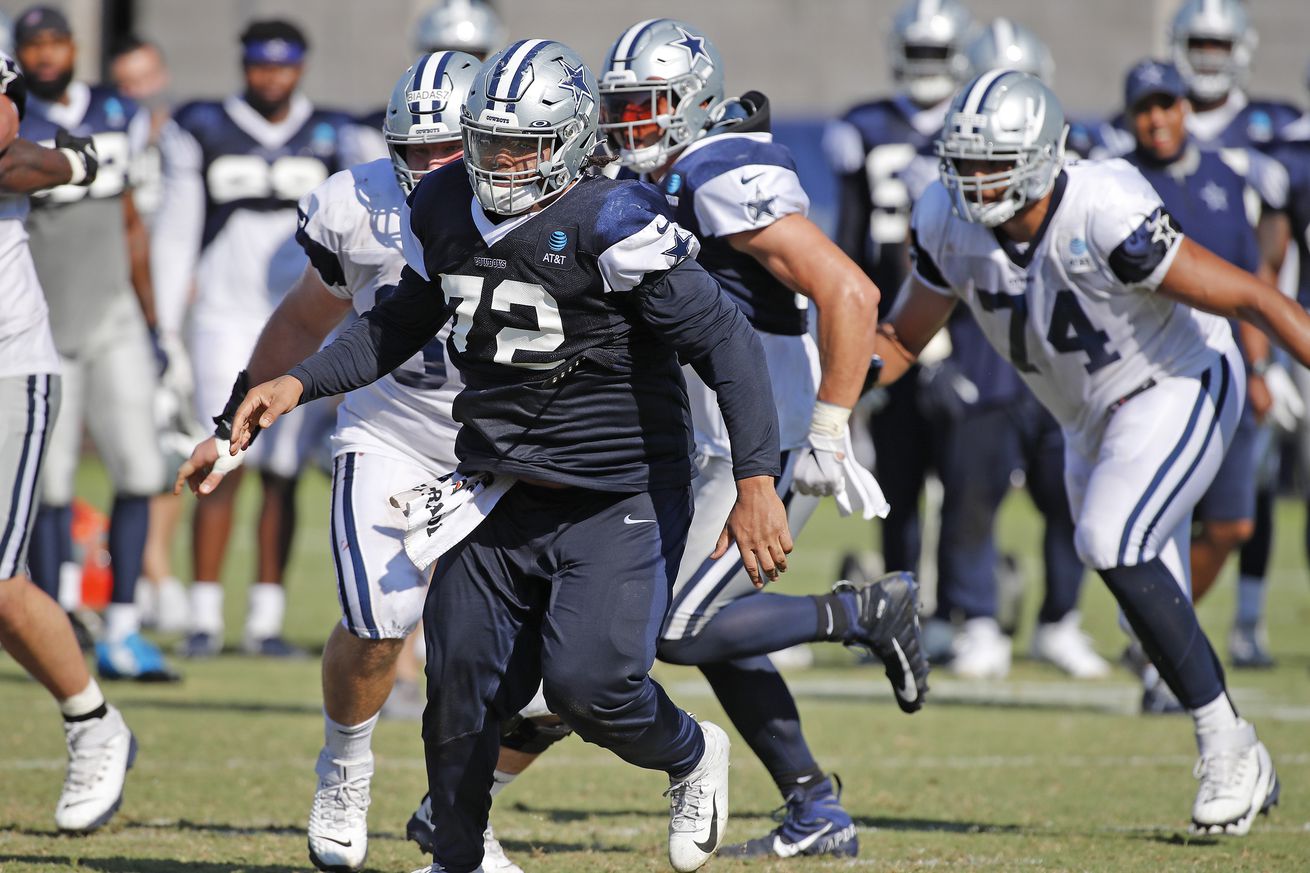 The second-year Cowboys defensive tackle needs to have a big season.

It seems like most Dallas Cowboys fans are pleased with the overall state of their roster. To be frank, it is difficult not to be given what the organization has done over the course of the last few months.

Minds around the National Football League all believe the Cowboys to be contenders this season and a lot of it obviously has to do with the players on their team. Football is a game of attrition, though, and depth will undoubtedly be tested. In fact it already has been for Dallas as they lost Gerald McCoy a week ago.

McCoy’s loss means that younger defensive tackles are going to have to step up and contribute more than expected. One of those names is Trysten Hill which has different people feeling a variety of ways.

Stephen Jones is pretty confident in Trysten Hill these days

One person the Cowboys want to help mitigate the loss of Gerald McCoy is unquestionably second-year defensive tackle Trysten Hill. The former UCF product did not have a stellar rookie season with the Cowboys and his attitude is one that was questioned throughout the campaign.

Stephen Jones spoke Monday on 105.3 The Fan and mentioned Hill when talking about players that are showing up strong so far in camp. He did hint at things not being supremely easy for Hill under former defensive coordinator Rod Marinelli.

“Well I’ll put Leighton in that same deal with Jaylon. Obviously they had that, they’ve kind of, if you would the sophomore, didn’t quite play as well as they did the year before, but they’ve both come back and really making plays and have us really fired up. Both Leighton and Jaylon. And you know the other one that has really, which we need more than ever now, but he’s certainly answered the bell, is Trysten Hill. Has really shown up in practice. Consistent. And just doing a great job for us. Sometimes it’s just hard on rookies. What they have to go through to get on the field, some are able to get it done and digest it and do it. Rod can give ‘em some tough love and sometimes some players don’t respond as well to the tough love. I know he was inactive some and was limited on his play time when he was active, but boy he has really come along, and certainly with Gerald going down has really stepped into that role and so far has just been, put one really good practice after the other the last few days.”

Stephen also highlighted Leighton Vander Esch, but nobody is shocked by him having success. The facts are that Hill performing well is likely going to be a “I’ll believe it when I see it” sort of thing for a lot of fans.

Whether or not Hill develops into the type of player the previous coaching staff thought he could be remains to be seen, but for now there is support for him in the building. Let’s hope that helps in any way that it can.