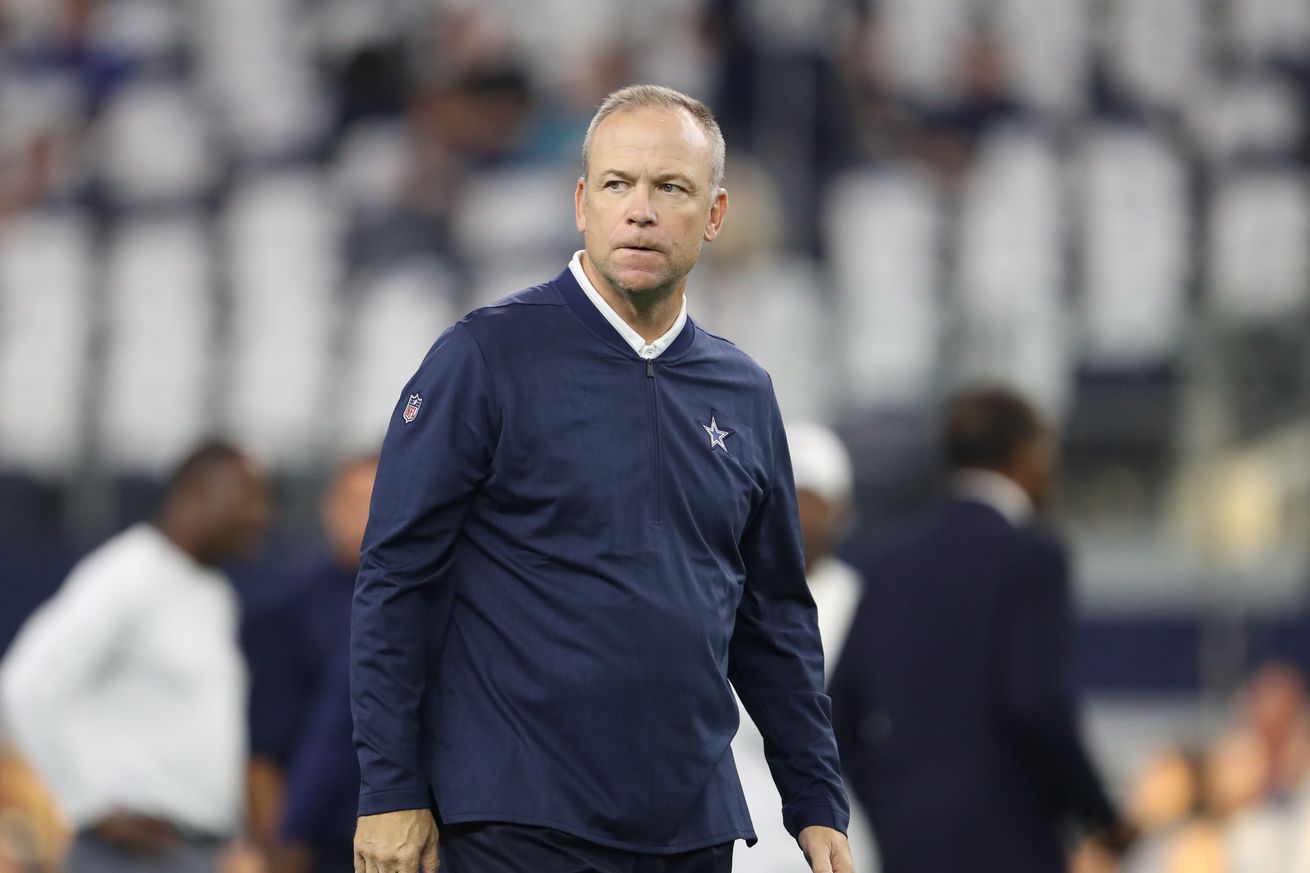 Some blame Linehan, others not so much.

For the first five weeks of this season, Scott Linehan was scapegoated by some for the offensive malaise the Dallas Cowboys were suffering. His play-calling was seen as unimaginative by some of the fanbase who claimed he was simply unable to get the team on track. But things looked radically different in the win over the Jacksonville Jaguars. Any time an NFL team puts up 40 points on anyone it is significant, and when the defense in question is as highly ranked as the Jaguars were coming into that game, it is even more significant. We now have to see if things continue against Washington.

All this year, there has been a serious question of just what the problem was on offense. Actually, it seemed to be a combination of things. Dak Prescott was not throwing the ball well, the receivers weren’t giving him as much help as it seemed they should, and the offensive line was still struggling a bit with trying to meld Connor Williams and Joe Looney into the mix, while Tyron Smith and La’el Collins were having their own struggles at tackle. That in turn made the running game not as effective at times as needed. All that led to the larger question of whether it was Linehan’s game plan and play selection, or the failure to execute by the players. Last Sunday seemed to tilt things toward the latter.

So there is certainly an argument to be made for the condemnation of Linehan to have been a bit premature. Even though I kept asking about just where the problem really was, including the Brews and the Boys podcast following the disappointing loss to the Houston Texans, I was also starting to lose faith in Linehan. But now, I am back to believing that he is capable of finding a way to win with Prescott’s strengths and weaknesses, combined with the players around him. He certainly had all the answers the team needed last game. We still need to see that elusive consistency and a lot more competence on the road, but hammering Linehan just ignores the latest evidence we have.

But that is my opinion. I threw the question out to my fellow writers here at BTB, and here are the responses I got.

DannyPhantom: My opinion hasn’t changed about Linehan. I believed he was a good play caller and I still believe that. I’ve seen too many good things from him to suddenly start thinking the game has passed him up. The Cowboys have three seasons in franchise history with 13 wins and he’s a part of that.

And that doesn’t even include his first year as the OC in 2014 where the Cowboys put up the second most points in franchise history (467). When I watch the film closely, I see a lot of clever things going on. There are many times where the defense goes the wrong way and that’s attributed to how Linehan uses the threat of Ezekiel Elliott in his game plan. From motioning to bootlegs, from fake pitches to reverses – he’s got them all turned around. These things have led to very successful plays for the Cowboys offense when the plays are executed correctly. And that’s what it really comes down to – execution . . . not the lack of creativity from Linehan. When it works, people love him, when it doesn’t – people want him fired. That doesn’t seem like a Linehan problem to me. Don’t get me wrong, there are always things that can improve and the coaching staff will be the first to tell you that, but when you see them calm and collective with no panic in their face, don’t interpret that as them being clueless and reluctant to change. Instead, recognize that as a measure of the belief they have in themselves and what this offense can do. The Cowboys always seem to have some position group that requires more time before it gets rolling. Last year, it was their secondary with all the new guys. This season, it’s both the wide receivers and tight ends. There is going to be a learning curve with these new changes and that’s a lot to put on the offense. So while it will be tough at times, it still feels good to see what this group is capable of doing. With Linehan, it’s there and it’s always been there.

Dave Halprin: I’ve been pretty vocal in my beliefs that the Cowboys poor offensive showing has been roughly 75% on the players not executing and 25% on Jason Garrett/Scott Linehan. I would like to see the Cowboys use more rub routes at the point of release, and crossing routes that end up as natural pick plays, but that just doesn’t seem to be in Linehan’s plans. Using Prescott’s legs more would also be a good thing, some more read-options or draws. But as I’ve watched the film week after week, it’s pretty obvious plays are there to be had, the Cowboys players are just failing to execute. The majority of that falls on the shoulders of Dak Prescott. It almost always falls on the QB. He has to be more accurate which means better mechanics which means not being so jumpy and anxious in the pocket. He also needs to get past his tendency to lock on one side of the field, something he was better at in the Jaguars game when he scanned the field much better. The offensive line also needs to tighten up, something they seem to be doing as it looks like they are playing a little better as the season rolls on. Linehan can be better, but he’s certainly not the overriding problem. It’s on the players, and much of that is on Prescott. When he plays better, the offense can flow, and they can put up a 40-burger on a tough defense.

One Cool Customer: I think people get caught up in semantics too much, and confuse creativity with effectiveness. As my fellow writers point out, Linehan’s offense was perfectly fine in 2016, and nobody at that time was complaining about a lack of creativity. But now that the offense is struggling to be effective, suddenly the narrative is all about the lack of creativity.

Then again, when the offense got going against the Jaguars, it didn’t take long for Tony Romo to marvel at the creativity of Linehan’s offense, when in fact the offense hadn’t changed, it was just working more effectively.

It’s on Linehan to ensure that his offense works effectively and the players execute properly, so we can’t simply say it’s all on the players, but there’s no reason to doubt that Linehan’s scheme can work. And as far as predictability and lack of creativeness goes, the Cowboys in the 90s were one of the most predictable and least creative offenses. Didn’t stop them from winning.

Michael Sisemore: I’m not going to ding Scott Linehan for creativity but the troubling thing about he and Jason Garrett to an extent is the stubbornness. I’m not sure that these guys always have a grasp on their personnel and it’s not all just poor execution from the players themselves. With these receivers especially, the coaches have often called plays that rely on these receivers to win their matchups and that’s not conducive to the talent on the roster. At best, none of these receivers are more than complementary players. They may have fixed a few things with the Jaguars by using Cole Beasley all over the field but it’s also a product of how preoccupied the Jaguars were with stopping the running game.

So there you have our takes. Let us know what you think in the comments – politely, of course.