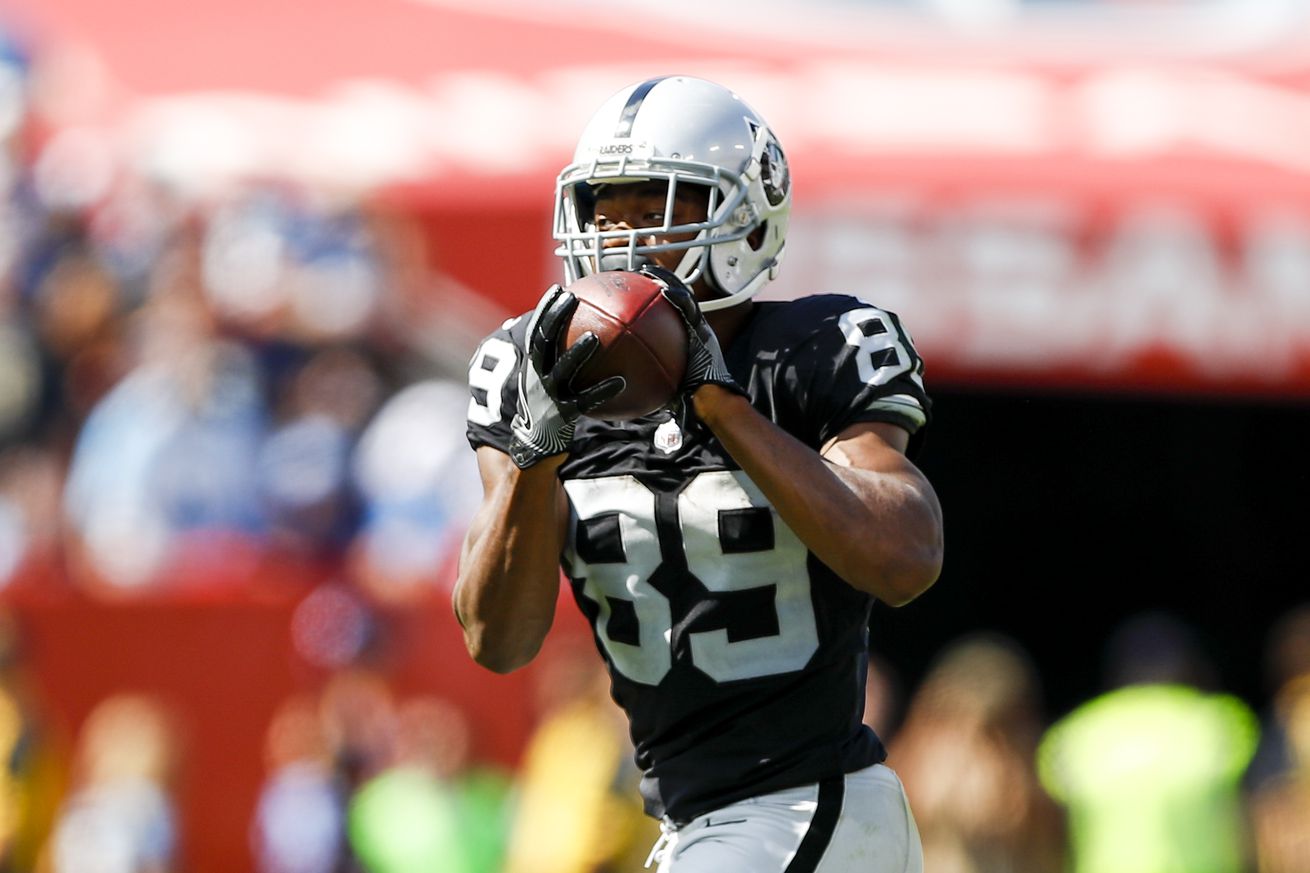 When the 2018 season is over for the Cowboys, however it ends, we’ll all remember where we were when we found out that the team traded for Amari Cooper. It’s just one of those things.

Perhaps even more than remembering the news of the trade we’ll remember hearing news of the terms of the trade. The Cowboys paid a hefty price (a first-round pick) to get their new star receiver, and that’s a lot to take in.

What does the Cooper trade mean for the Cowboys, though? Who stands to benefit and who stands to lose out? Welcome to a special edition of BTB’s five winners and five losers all about the Amari Cooper trade.

Winner: Dak Prescott and his future (at least short-term) with the Cowboys

Our own Cole Patterson touched on how Amari is going to help Dak Prescott succeed, and that’s because that’s literally why the Cowboys traded for him. Dallas would not have traded away their next first-round draft pick if they didn’t believe that Dak is the guy.

Whether or not Dak is indeed the guy remains to be seen (there are more than enough people who believe they’ve seen enough), but again, the point in terms of this discussion is that the Cowboys clearly have decided that he is their quarterback of the future. At least the short-term future.

We know that Dak Prescott can negotiate a contract extension with the Cowboys in the offseason. Perhaps Prescott might want to roll the dice on the final year of his rookie deal in hopes that he plays great from start to finish, but throughout all of that he will now have a star wide receiver at his disposal. Things are looking up if you’re Dak save for the whole “now you have to carry the Dallas Cowboys” thing.

This might be jumping the gun a bit, but it feels like we’re starting to see Michael Gallup develop into the makings of what can be somebody special. He almost broke out two weeks ago against Jacksonville and he caught his first career touchdown in Washington. We are definitely seeing the player that people fell in love with throughout the draft process.

It was always going to be very difficult for Gallup to immediately turn into a force of a wide receiver during his rookie year. What’s made matters a little more difficult for him is that there simply isn’t another threat to command any attention from opposing defenses. With Amari Cooper on the field, Michael Gallup is going to have his opportunity to shine and to grow. Good for him.

The Cowboys wouldn’t have traded for Amari Cooper in general (especially at such a high price) if they didn’t think that he could seriously help them. For all of our sakes we need to hope that they are right and if they are then life is going to get a whole lot easier for Ezekiel Elliott.

Opposing teams don’t fear the Cowboys passing game at all. It’s unlikely that Amari Cooper singlehandedly fixes everything, but the possibility that he could improve their overall attack definitely exists. If Dallas becomes more potent through the air then people are going to have to pay attention to that. That’s when Zeke gets fed and we get happy.

Winner: Whoever arranges the flights for the Cowboys and Raiders

The Cowboys and Raiders have now executed three trades with one another this season. In terms of players the Cowboys have sent Ryan Switzer while they have acquired Jamize Olawale, Jihad Ward, and now Amari. That’s a lot of interaction with one team.

What’s more is that Amari Cooper marks the third different first-round pick of the Raiders to play for the Cowboys since 2014. That was the year that Rolando McClain joined the squad and one year later the Cowboys signed Darren McFadden. Both of those players were helpful in their own way, here’s hoping that Amari can be as well.

The Oakland Raiders have been one of the biggest disasters in the NFL this season. Jon Gruden has done almost everything that he can to completely disassemble a team that was in the playoffs just two years ago. It’s weird to watch.

Amari gets to go from playing for the Raiders to playing for the Cowboys and that’s a serious step up in the NFL. Considering the fact that Oakland was just on a bye and that Dallas is on one this week, Amari also gets his second week off in a row. That must be nice.

Moreover Amari Cooper had his fifth-year option for the 2019 season picked up by the Raiders which means it now belongs to the Cowboys. He’ll be up for a new contract soon and if a team is willing to trade a first-round pick to get him it likely means that that same team is willing to pay him something nice.

Loser: Any thought of the Cowboys rebuilding in the draft next season

There are plenty of Cowboys fans who were ready for the team to tank earlier in the season. Some folks had begun to assess the 2019 draft class and were already starting to construct the latest version of the Cowboys roster off of the hypothetical players that they drafted.

There will be no first-round quarterback or shiny new toy in all likelihood. The Cooper trade has to work out or having to watch the first night of the draft will be all the more painful.

Loser: Brice Butler and his short-lived return to the Cowboys

The Cowboys brought back wide receiver Brice Butler during the middle of this season and plenty believed (for good reason) that he was going to rekindle whatever he had going on with Dak Prescott two years ago during the remainder of this season. That did not happen.

Butler found out that his spot was the one Amari Cooper would occupy when the Cowboys landed from their trip to Washington on Monday, and that’s life in the NFL. It’s a business first and unfortunately for Butler the business worked out this way. Hopefully something else goes his way soon.

Not even a month ago Jason Garrett announced during his press conference that the Cowboys were going with a “wide receiver by committee” approach. That did not yield success.

Allen Hurns and Deonte Thompson, two of the bigger free agent signings for Dallas, have been sorely disappointing this season. Tavon Austin is hurt. Michael Gallup is starting to catch on as mentioned, and Cole Beasley is always saucin’ it up. That’s simply not enough to compete in the NFL, though.

The Cowboys obviously feel the need for a true number one receiver which completely defies the way they built the position group over the course of the offseason. Good on them for admitting their mistake, but it was definitely a costly lesson to learn.

Loser: Continued success in the first round of the draft

It’s been talked about a lot, but that’s for good reason. The Dallas Cowboys are kind of spectacular at drafting in the first round. Since 2010:

Almost all of these players have turned into legitimate studs for the Dallas Cowboys, although it’s definitely too early to lump Vander Esch in that group. He certainly looks promising and it should be noted that Byron Jones has only come on in part due to what Kris Richard has done with him, that leaves Taco Charlton as the one miss of sorts, and Morris Claiborne depending on how you view his time here. That’s still an insane success rate.

We know that the Cowboys usually choose legitimate players in the first round. Hopefully that same level of evaluation and judgement is what made spending the pick on Cooper worth it.

Loser: Lance Lenoir and any hope of him getting an opportunity

One of the biggest pet cats around is wide receiver Lance Lenoir. Lance is on the Cowboys practice squad and with so many questions at the receiver position people started to wonder whether he’d get a shot at any point or not.

Amari Cooper’s arrival seems to suggest that Lenoir will stay right where he is on the practice squad, and that’s just unfortunate to see. He has done a great job at working to be great for the Cowboys but it seems like that might not be enough.

It’s also worth noting that Noah Brown is on injured reserve and could be a possible loser from all of this, too. Dallas has an abundance of receivers but beyond Cooper, Cole Beasley, and Michael Gallup they really just have a lot of question marks.

The Amari Cooper trade really shook up a lot of plans for the present and future for the Cowboys. If it works out none of that will matter, but if it doesn’t then people are going to riot.

Such is life in the NFL and with the Dallas Cowboys.