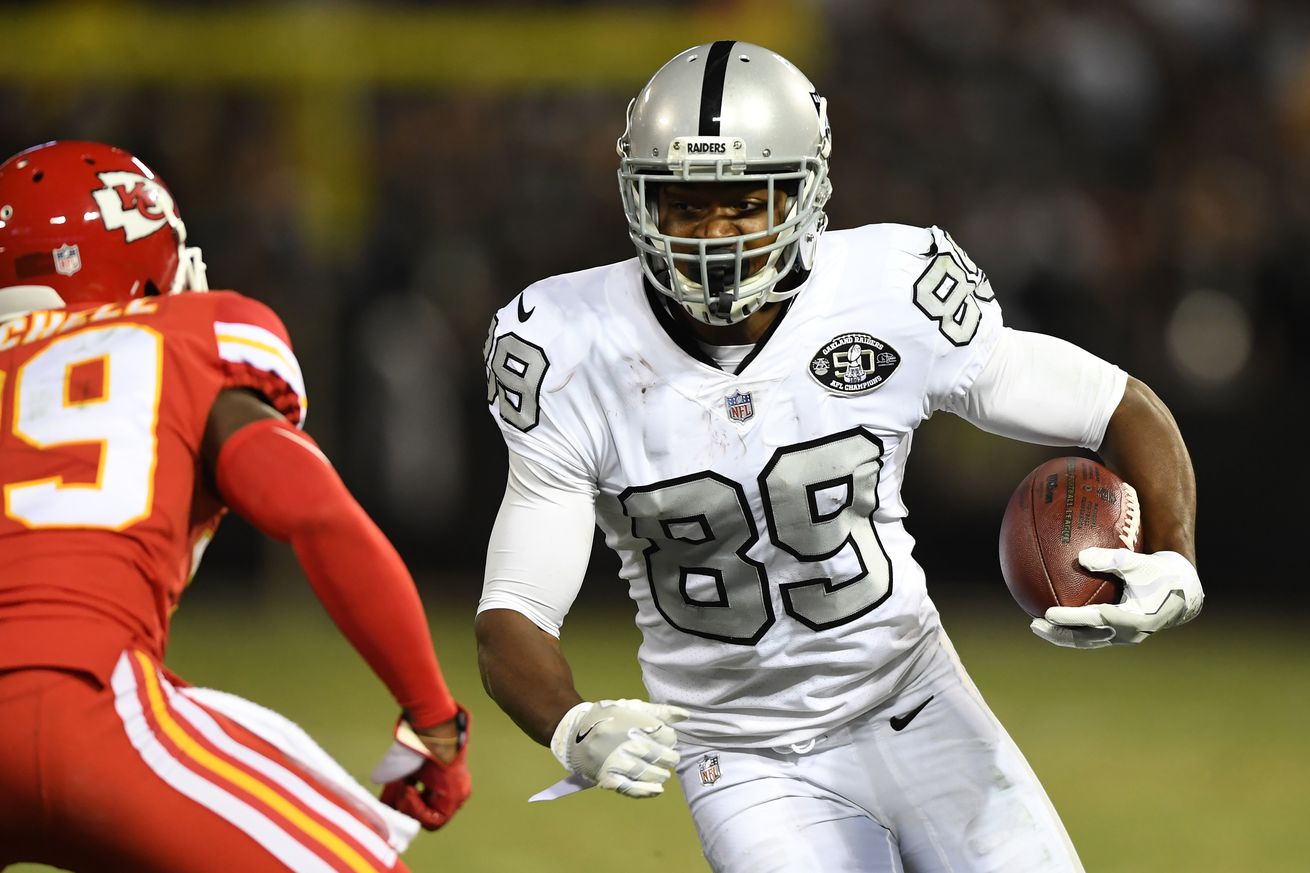 No. Well, probably not.

Those two moves share many similarities with the acquisition of Amari Cooper:

Cooper did make two Pro Bowl teams while Williams (1) and Galloway (0) combined for only one. In short, none had provided legitimate #1 wide receiver production.

One thing that is different about Cooper is he’s only 24 while Galloway was 28 and Williams 27. To put that in perspective, Calvin Ridley is also 24. And of course the Cowboys paid significantly less for Cooper than for either Williams or Galloway.

The Raiders getting a first-rounder for Amari Cooper is that lopsided trade in your fantasy league you and 7 of your friends want to veto.

But people who actually get paid to study the NFL are relatively split.

. @dallascowboys must’ve peeked ahead at the 2019 WR class and determined Amari Cooper is better than any top WR prospect. I would agree.. There’s not a Top 10-worthy WR in the next class.. Snagging a Top 5 pick/2x Pro Bowler is a better bet despite No. 89’s flaws

Looking at top 50 players for 2019 draft (incl underclassmen I think are coming out) I understand what Dallas is thinking. No WR in top 25. Say Cowboys draft around 20, they’d be reaching for WR less capable than Cooper & they get him for 9 games in 2018. Good deal for Cowboys.

The above tweets give some insight into the Cowboys’ thinking and why this might be a good move. There’s several reasons in fact:

Let’s start with the state of the NFC East – which is basically a tire fire. The Eagles have already lost more games than they did in 2017. The Redskins currently have a 1.5 game lead on Dallas and Philadelphia but I don’t think anyone thinks that’s an insurmountable challenge. In short, the Cowboys could plausibly make a run at a division title if Cooper improves the team’s offensive fortunes.

Second is the idea that the 2019 pick could have been used to bring in a wide receiver.

Amari Cooper has shown he can quickly have success with a new team. Entering this year’s draft, 13 wide receivers had been picked in the first round the 3 previous drafts (2015 to 2017). This is how the group performed during their rookie seasons: pic.twitter.com/JJ5rquU52K

The learning curve is steep for wide receivers entering the NFL. Cooper is already in his fourth year and is a proven commodity, which makes him significantly more valuable than a potential draft pick.

Second, the Cowboys are openly admitting their offseason decision to go to a low-pedigreed, cheap group of wide-outs and tight-ends was a mistake. Dak Prescott has been an average quarterback in 2018, but he’s also playing with one of the worst group of targets in the league. From Bill Barnwell’s article breaking down the trade:

The biggest problem for Prescott, at least in 2018, has been the issue many expected before the season: He’s saddled with an absolutely abysmal group of receivers. Prescott does get to play with Ezekiel Elliott, but I ranked Dallas’ weapons 30th heading into the season, even with Zeke. Prescott’s best wideout this season has been slot receiver Cole Beasley, with the likes of Tavon Austin, Michael Gallup and Allen Hurns failing to consistently make plays. Top tight end Geoff Swaim, who had nine catches in his first three seasons, was on pace for 55 targets before he went down with a knee injury on Sunday.

No receiving corps in the league looked less imposing on paper heading into the season, and the Cowboys have lived down to expectations. The NFL’s Next Gen Stats reveal what Dak is dealing with, as the league tracks the yards of separation between a receiver and the closest defender when a pass arrives. Just 36.4 percent of Prescott’s passes have gone to open receivers (3-plus yards away from a defender) this season, the lowest rate in the league among quarterbacks with 200 or more attempts. The league average is 45 percent. Prescott’s average pass goes to a receiver with 2.9 yards of separation. Again, that’s last among the 22 qualifying passers. Just 43.9 percent of Prescott’s pass yards have been generated by receivers after the catch, which ranks 21st out of 22 passers.

Third, Cooper is a perfect fit for what the Cowboys try to accomplish offensively. That’s because Cooper is an elite route-runner who can routinely beat one-on-one coverage. We all know the Cowboys offense doesn’t involve any innovative routes to scheme players open – they’re instead asked to beat their man. Only Cole Beasley has proven capable of doing so, making the team extremely easy to defend. That changes with the arrival of Cooper.

The current crop of Cowboys receivers struggle to maximize throwing windows for Prescott, forcing him to make more tight-window throws than he is able to. Moreover, the Cowboys receivers who are able to create separation with their routes (Beasley and Austin) are diminutive in stature, meaning the throwing window is condensed given the separation created by the receiver.

At 6-foot-1 and 220 pounds, Cooper doesn’t have this problem — he has the size and route-running ability to maximize Prescott’s throwing windows, and his presence would make Prescott’s life easier since he doesn’t have to thread the needle in a tight window.

On top of his deep speed, Cooper’s ability to separate from coverage makes him a yards-after-catch threat every time he is targeted. He was 11th among receivers in receiving yards after the catch in 2017, per PFF.

All of these are compelling reasons for the move, but frankly they’re not compelling enough. The dumbest, least effective way to build an NFL roster is to trade valuable draft assets for the right to pay free agent prices to the player acquired. It’s inefficient. Cooper is cheap in 2018 ($400K cap hit) but his 2019 cap hit balloons to nearly $14M next year. Further, if the Cowboys want his services beyond 2019 they’ll be paying retail. In short, the Cowboys just engaged in the dumbest way to build a roster.

Which is brings us to our final point and why the move is at least defensible.

The key to the Cowboys’ future is determining if Dak Prescott is the long-term answer at quarterback. He’s been good at times, he’s been terrible at times and in 2018 he’s been about average (lots of people will dispute that but the numbers say so).

The Cowboys have to find out over the next season and a half whether to invest $130M+ in Dak Prescott. There’s no way the team could make a legitimate evaluation with the offensive roster currently surrounding the young quarterback.

Remember, in addition to one of the worst group of skill players the offensive line has proven to be a weakness. The Cowboys almost had to bring in a proven player if they were going to get a definitive read on what Prescott offers to the team’s future.

From this view, the decision makes more sense strategically. Reasonable minds can argue differently and make very valid points about why it’s not a smart move. The reality is only time will tell. Everyone should pause when reading those hot-take/instant analysis and remember those are probably the same folks who panned the selection of Leighton Vander Esch and the decision to cut Dan Bailey.

Let’s leave the last word to our friend Scooter Magruder, who pretty well captures every Cowboys’ fan’s thoughts in a single minute.

How Cowboys Fans Reacted to the Amari Cooper Trade pic.twitter.com/4rPeKwcGaI