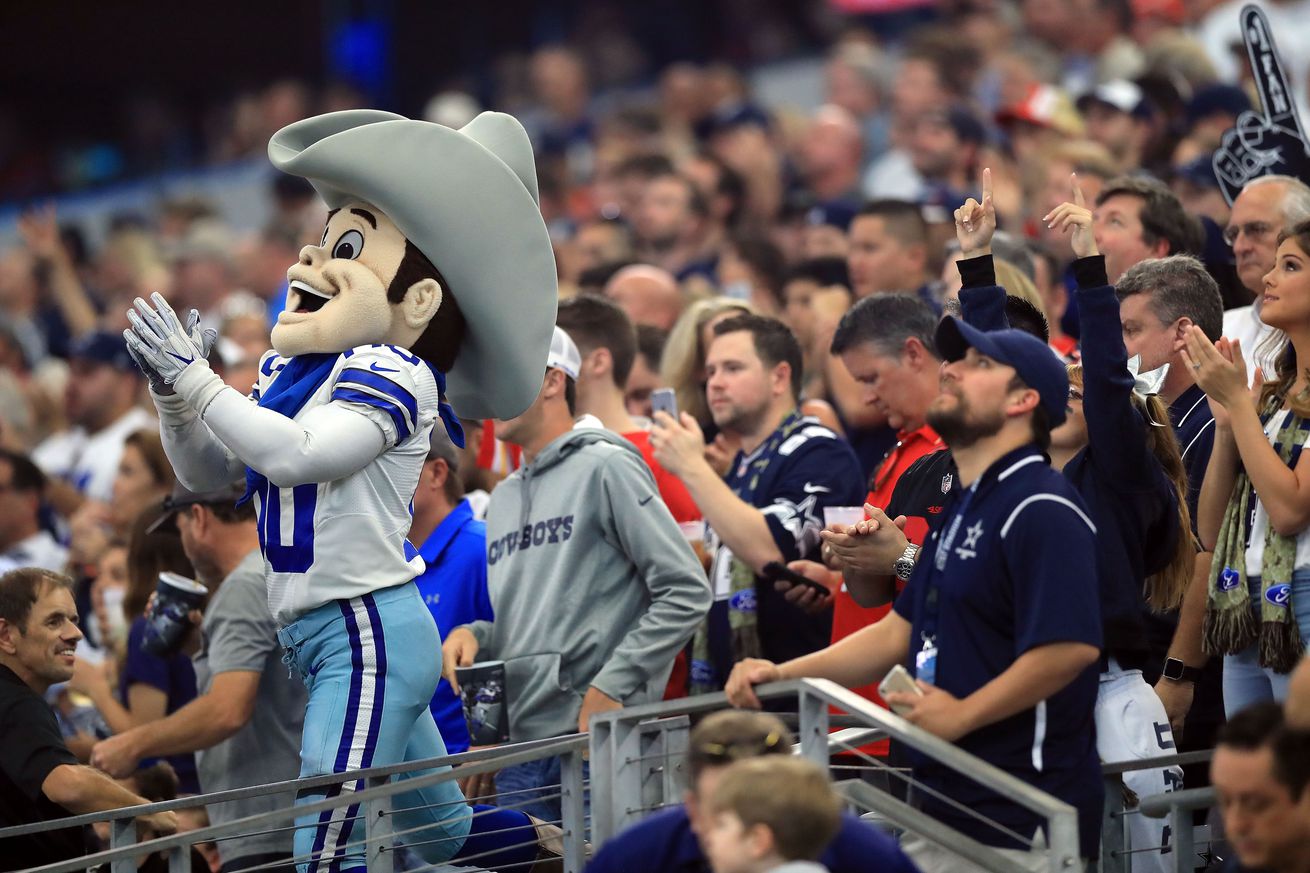 The Amari Cooper trade was meant to help right now. Whether it will be enough is another matter.

Was it too late?

The Dallas Cowboys made the blockbuster trade for Amari Cooper with a fairly clear intention of turning the season around. That means making the playoffs. The problem, of course, is that 3-4 record and the current game-and-a-half lead Washington has in the NFC East. Dallas is in a hole, and with just nine games to go, that lead will be hard to overcome. And with Washington facing the woeful New York Giants this week while the Cowboys are on a bye, the lead is more than likely going to be two full games soon. They are, of course, not mathematically eliminated, and won’t be for some time. But there is a big difference between what is theoretically possible and what can actually be attained.

So is it time to just give up on the playoffs and start complaining about how the team wasted that first-round pick to get Cooper? Or is there still a realistic hope that Dallas can make the postseason? I asked my fellow front page writers and this is what they think.

Michael Strawn: A “realistic chance” at the playoffs? I don’t know. The team would have to go 7-2 over the final nine games to finish 10-6 which would likely assure them of the playoffs and I just don’t see that happening. However, the NFC East is a tire fire this year so it’s very possible that 9-7 (or even 8-8) wins the division. Those are records that seem “realistic”.

The Cowboys have played challenging defenses so far this season and, with the addition of Amari Cooper, you don’t have to squint too hard to see the offense improving to, say, mediocre. Well, combined with this defense, that might be enough to go 6-3 or 5-4 the rest of the way. The key then would be sweeping the team’s remaining division contests. Specifically, the team would have to go 3-0 in the team’s remaining games against Washington and Philadelphia. If, somehow, they could do that, then yes, they have a “realistic” shot at the playoffs.

DannyPhantom: Playoffs? Playoffs? Yeah, I know – that Jim Mora joke is overused, but that’s how I feel right now after watching this offense spin its wheels for the better part of the season. In a vacuum, these first seven games give us no reason to even think about post-season contention, but luckily for us there are some outside elements that keep things interesting. The first part is – what’s the deal with the Eagles? Shouldn’t they be 11-0 by now? All I’ve been hearing is how they have the best front office in the world with the best coach in the world to go along with the most talented QB in the world and the deepest defense in the world. How is possible that they’re only 3-4 as well? The Eagles not being this dominant force everyone told us they were going to be opens the door for the Cowboys to survive a slow start. The Redskins are a decent team, but they’re not so good that they’re uncatchable. That means the onus is on the Cowboys to play some good football so they can stay in this thing. Can they do it?

There is really no reason for me to believe this offense is not going to keep having problems. Maybe not the deadwood problems of complete ineffectiveness they’ve shown at times this year, but problems nonetheless. The addition of Amari Cooper brings about hope. Will Dak actually throw the ball down the field? Can the offense come up with a big play here and there? Can they convert a third and long every now and then like regular teams do? These are all things the front office and coaching staff are scratching and clawing to help improve this football team. Hats off to them for putting up a fight. But for us fans to genuinely be excited about things getting better, we are going to need to see some evidence on the field. This team certainly has a chance, but the biggest reasons 3-4 teams don’t make the playoffs is because they are 3-4 caliber level teams. That is what the Cowboys are with an anemic offense showing up on Sundays. If they can get that fixed, then their reality looks a lot more promising.

Michael Sisemore: The only way the Cowboys realistically have a chance to make the playoffs is by winning the division. Washington has an easier path so the Cowboys will have make up a lot of ground for this to happen. The Cowboys have also lost to Washington, Carolina, and Seattle. That’s an NFC nightmare of losses to have to overcome because all of them have tiebreakers over the Cowboys for a Wildcard berth. How much does Amari Cooper help the passing game? Can the “Hot Boyz” get hot again? Can this offensive line stop averaging four penalties on the road? Heck, can the Cowboys ever win an away game? So many things have to happen for them to have a shot at the postseason and they’ve already wasted precious time digging their hole. For that, the Cowboys may get to 9-7 but they’re missing the playoffs.

David Howman: Playoffs are still very much realistic for this Cowboys team, but not necessarily because the Cowboys are any good. The rest of their schedule is a combined 24-27 record, and only two of those teams have a winning record at the moment. One is the Redskins, a team the Cowboys are very capable of beating, especially at home. The other is the Saints, so chalk that up as a loss already.

Another big factor is that Dallas has five home games left and only four road games, which is huge considering how much better this team is at home. Two of those road games are the hapless Giants and Colts as well, so if the Cowboys win those two and continue their home dominance, we’re looking at a 10-6 record that should be good enough for the playoffs.

The presence of Amari Cooper is also going to be a huge factor here. If he hits the ground running, all of this becomes much more plausible. Even so, the dire states of the NFC East and a lack of any real wild card contenders so far makes the playoffs very realistic

The general consensus seems to be that the weakness of the division, and the coming schedule, makes that playoff chance more plausible than it would be in most years. And Cooper is obviously an enormous X-factor. So much depends on how he fits in, and how the Cowboys are able to use him.

But it will certainly still be tough, with not much margin for error as they try to catch Washington while getting and staying ahead of the Philadelphia Eagles. First, they again face a near must-win game against the Tennessee Titans after the bye. We will no doubt revisit things once that plays out.