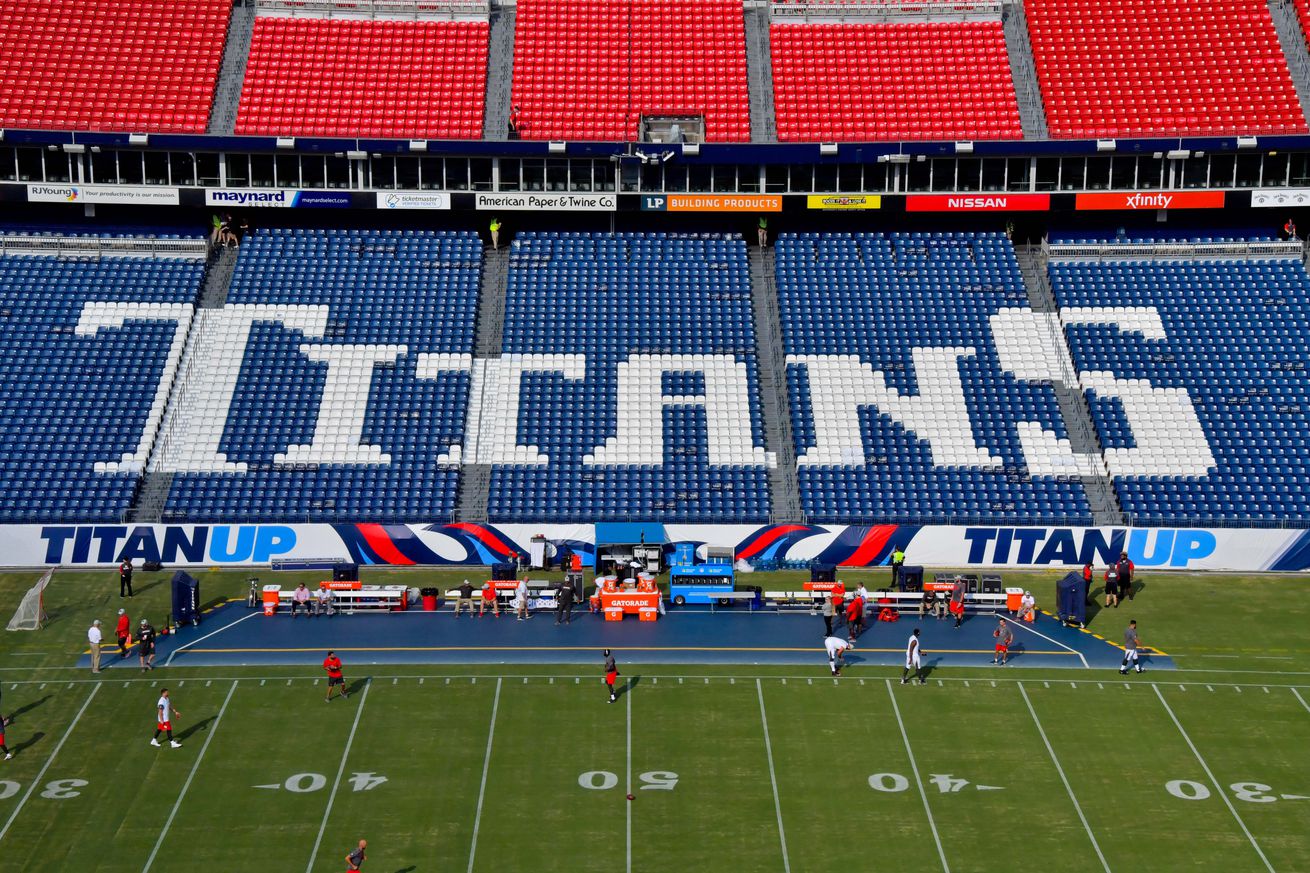 Tennessee is not a team that Cowboys fans are generally closely following.

They play in another conference. It’s been a while since they’ve been really good. They sometimes seem to toil in anonymity as far as NFL franchises go. And they are the Cowboys next opponent.

The Tennessee Titans come into the game against the Cowboys with many similarities to their host. Both teams are 3-4. Both teams play outstanding scoring defense. Both teams struggle to put points on the board on offense. Both have young quarterbacks who have at times looked like the future, and at other times have struggled.

So what’s going with the Titans? Let’s check in and see since it’s not a team that is a natural rival and the Cowboys haven’t played the Titans in four years.

The Titans come in on a downturn in their fortunes after the starting the season hot.

The Titans are coming off their bye week riding a three game losing streak and suddenly find themselves looking up at a Texans team that has gone from being two games behind the Titans to a game and a half ahead in just four weeks. Not only has Tennessee been losing games, but their offense has looked ridiculously inept in five of their seven games this season with second half flurries against the Eagles and Chargers being the only exceptions.

Additionally, they didn’t make a move at the trade deadline.

And Jon Robinson and the Titans front office did nothing to address issues on the offense at the trade deadline despite several reportedly viable options available to them.

There is zero doubt that a veteran wide receiver or tight end or interior offensive lineman could have helped this team. None. So why did the Titans pass on the available options and what does that tell us about Jon Robinson?

One possible reason for not making a deal is simple. Robinson didn’t like the players available at the values they ended up going for.

As you can imagine, some of the fanbase is not happy with the team doing nothing at the deadline.

People now acting like JRob has spent his GMing life sitting on his hands need to stop talking. He traded up THREE times in the draft and now off one trade deadline he’s dead to you for not being aggressive? Please.

The Cowboys fanbase got a little injection of hope when the team traded for Amari Cooper and fired Paul Alexander. We’ll have to wait and see if that pans out or was fool’s gold, but the Titans fanbase, or at least some of it, seemed resolved to a mediocre fate.

What not making a deal yesterday does mean for the rest of the [Titans’] season is that this is probably an 8-8 team that will miss the playoffs. Unless we see significant improvement from guys like Corey Davis, Taywan Taylor and Jonnu Smith in the second half of this season the offense just isn’t going to move the ball consistently. They won’t score enough points to win the games needed to make the playoffs.

So what are some of the issues for the Titans? Well, the play of quarterback Marcus Mariota has been in question. He has been dealing with an injury but seems to be healed up now.

Seeing Mariota without the glove on his right hand was a welcome sight for the Titans.

Mariota has worn the glove in games since suffering an elbow injury on the season opener on September 9, largely because it’s helped him with his grip as he’s dealt with numbness in his fingers.

But Mariota didn’t have the glove on in Tuesday’s open practice for the first time since the game vs. the Dolphins.

One of the biggest concerns for the Titans is their inability to score touchdowns. Mariota was asked what they needed to improve on.

“Red zone efficiency,” Mariota said. “If we get down there (we have to) be able to score touchdowns and not kick field goals. When you have an opportunity to get points, I think it is important that we take care of the football and make sure we score touchdowns.

It might be tough for them again this week as the Cowboys defense is excelling in the redzone.

On the other side of the ball, the Cowboys need to have one guy on their mind.

It has been a challenge these past several weeks with the inside players that this Cowboys offensive line has had to face, and it’s not going to change this week. The Titans might not have the same overall talent as Houston, Jacksonville or Washington — but the exception might be Jurrell Casey.

Casey is a thick, powerful player that shows disruptive quickness off the snap. He has a knack for ruining blocking schemes, both run and pass. He will sacrifice himself in order to get a teammate home on a rush. He has some similarities to Tyrone Crawford in the way he plays. Casey will purposely slam into blockers, knocking them off balance and giving his teammates a clean path to the quarterback. He is also a nightmare to block in the running game, especially when he’s on the move.

On the back end of their defense, they have another pretty good player.

Kevin Byard is one of the better safeties the Cowboys will face this season. I put him in that same category as Landon Collins and Earl Thomas. Like Collins and Thomas, he’s all over the field and you must account for him.

What makes Byard so good is that he makes a ton of plays on instinct alone. Ever since arriving in the league, he has had a feel where to position himself in order to play the ball. I don’t view him as a gambler or risk-taker — but more calculated. Rarely do you see him out of position or struggling to get into position. He does a great job of playing with his eyes. He is one of those defenders that sees the entire field well.

Some quick nuggets about the Titans.

3.2 – yards per carry for running back Derrick Henry, worst among the AFC’s top 25 rushers. Henry is 21st in the conference with 273 yards. He is also the only one of that group who does not have at least one rush of 15 yards or more.

They also struggle with passing downfield.

5.5 – yards per pass attempt, which is on pace to match 1997 and 2006 for the lowest single-season average during the franchise’s time in Tennessee. Only Cleveland, Arizona and Buffalo (all two-win teams) are worse in that regard.

You do have to keep an eye on Mariota as he can beat you with his legs like Dak Prescott.

185 – rushing yards by quarterback Marcus Mariota. That average of 30.8 yards per game is the highest of his career. His best average through the first three seasons was 23.3 per game in 2016. Mariota is sixth among all quarterbacks in rushing yards

The Cowboys and Titans definitely come into this game with a lot of similarities. One difference is the Cowboys made big moves during their bye week, the Titans stood pat after putting out feelers but not liking the prices required to grab a player.

The Cowboys are favored by a range of 4 to 6.5 points through various oddsmakers. If Dallas is going to have any chance of making a playoff run, it starts on Monday night.