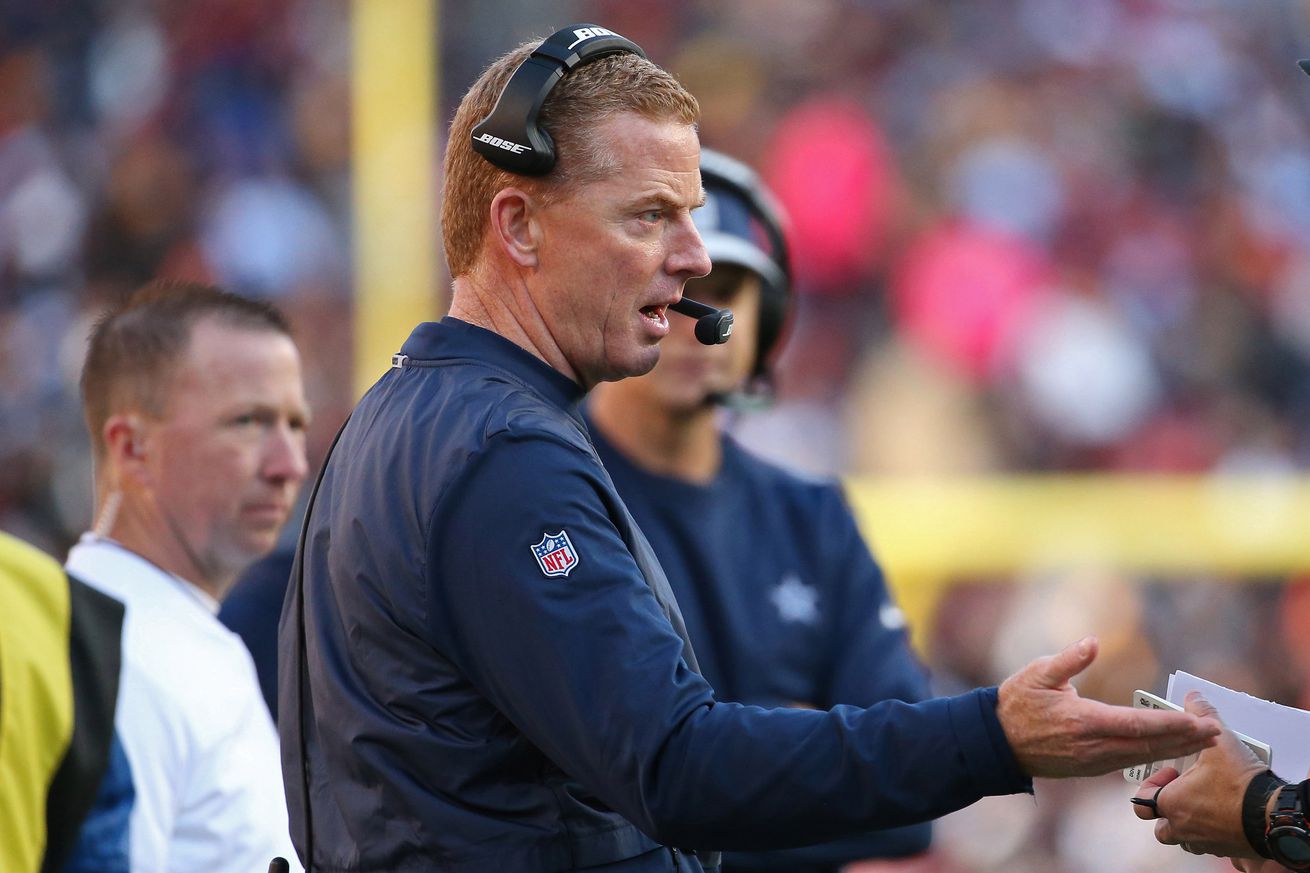 Most Cowboys foes got better at the NFL trade deadline.

The NFL trade deadline came and went on Tuesday afternoon, and it actually had a lot of action.

There was no action for the Cowboys at the deadline because they made their big move a week ahead of it when they traded for Amari Cooper. It worked out to their benefit because they were on a bye so Cooper will have had two full weeks with the team before his first game next Monday night against the Tennessee Titans.

Dallas wasn’t the only team to shuffle the deck, though. Plenty of teams got in on the trading frenzy that seems to be sweeping the league and it just so happens that plenty of Cowboys games will be impacted by the fallout of it all.

The Cowboys still have to play the Eagles twice this season and they’ll have to take on someone who they’ve already faced this season when they do so. Wide receiver Golden Tate was sent from the Detroit Lions to Philadelphia on Tuesday and he’ll actually make his Eagles debut against the Cowboys next Sunday night.

With the Cowboys and Eagles acquiring new receivers it makes sense that another division foe would look for reinforcements to stop them. The Washington Redskins traded for Green Bay Packers safety Ha Ha Clinton-Dix who will be at AT&T Stadium with his new squad on Thanksgiving.

What’s more is that seven days after Turkey Day the Cowboys will host the New Orleans Saints (this is a tough stretch coming up for Dallas). When they welcome Sean Payton and Co. to town they’ll see an old friend in cornerback Eli Apple who New Orleans acquired form the New York Giants. In fact the Cowboys visit the Giants in their regular season finale who are now sans Apple and Damon Harrison who they traded to the Detroit Lions.

The only opponents remaining for the Cowboys who did not make trades near or on the deadline are the Tennessee Titans, Atlanta Falcons, Indianapolis Colts, and Tampa Bay Buccaneers, although the Bucs do seem to have made a quarterback change for the good to Ryan Fitzpatrick.

It’s fascinating how the NFL landscape has changed to a point where this much change happens around the deadline.