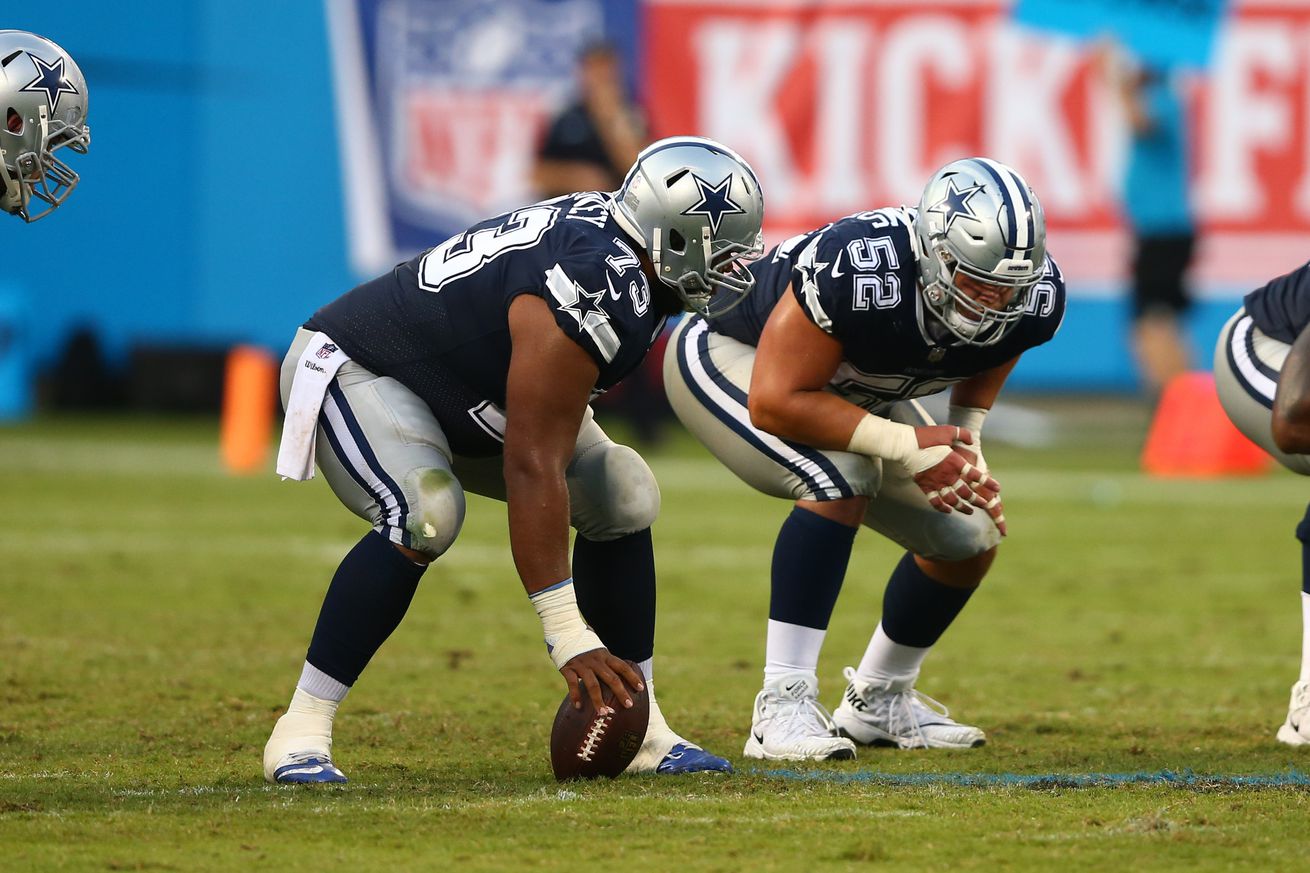 After the firing of Paul Alexander, can Marc Colombo get this group back to playing at the level Cowboys Nation is used to seeing?

It was a short stint for Dallas offensive line coach Paul Alexander. Alexander, who was hired back in January, could not make it through the bye week with his new team in Dallas. After spending 23 seasons with the Cincinnati Bengals, the former Bengals OL coach was brought into Dallas to hopefully work his magic, and strange techniques, on one of the best offensive lines in football. That failed miserably.

Our friends over at Cincy Jungle had an opinion on the firing of Paul Alexander:

That’s been painfully evident during his brief stint as the Dallas Cowboys’ offensive line coach, and now, it’s over before he even finishes his first year.

On Monday, the Cowboys fired Alexander, a somewhat surprising move given they just hired him this offseason. Perhaps they finally realized what the Bengals learned the hard way: He’s not very good at job.

The Bengals have been the winner, as Pollack has taken a makeshift line and made it serviable for an offense that ranks 10th in points per game. It’s by no means been great, but it’s been an upgrade over what Alexander put out there last year.

Since week one, Dak Prescott has been sacked 23 times, which is tied for the third most in the NFL. While not all of those sacks are on the offensive line, that’s still way too many sacks at the halfway point of the season. If you aren’t buying into the sack numbers, the pressure rate is even more of a concern. According to NFL Matchup, Dak Prescott is also the third most pressured quarterback in the NFL.

Most important asset on your team: the QB.

In the last two weeks, Ezekiel Elliott has been held to 139 yards on 39 carries for 3.5 yards per carry. While that’s not a bad stat line, it’s nowhere near the numbers were used to seeing from the former fourth-overall pick. If the QB sacks, and the running backs lack of running room wasn’t enough to make the move, it was quietly being rumored that some of the lineman were becoming frustrated with the forcing of the “high-hand, low-hand” technique that Alexander preaches, instead of allowing the veteran guys to continue to play with the techniques that made them one of the best units in the league. All of this led to the Cowboys officials finally deciding to pull the plug on Alexander and turning to familiar faces in Marc Colombo and Hudson Houck.

Colombo has been with the Cowboys coaching staff since 2014, working as an assistant. He was promoted to the offensive line coach on Monday, prior to the Cowboys Monday night game against the Tennessee Titans. The Cowboys also brought back Hudson Houck to be a veteran adviser to Colombo. With the move to promote Colombo, the Cowboys OL will go back to doing what they did in the past under Frank Pollack. There have been a ton of questions about whether the lineman will struggle changing techniques in the middle of the season, but the techniques they’ll be going back to are the ones they are most comfortable using in the first place.

This is a move that needed to be made, and while it may have been done a little too late, the Cowboys saw that what Paul Alexander was teaching was making the entire offensive line regress. With a new addition at wide receiver, and making a midseason move in the coaching staff, the Cowboys front office has committed to trying to win this season. With these moves, they’ve also come out and admitted that they were wrong in their evaluation of their team, which is something this staff has struggled to do in recent memory.

And last but not least, the firing of Paul Alexander and promotion of Marc Colombo gives the Cowboys the best chance to win. Colombo knows the ins and outs of the team and has a good feel for what each lineman does well. It may not happen right away, but soon this offensive line should start playing like the group we’re all used to seeing.