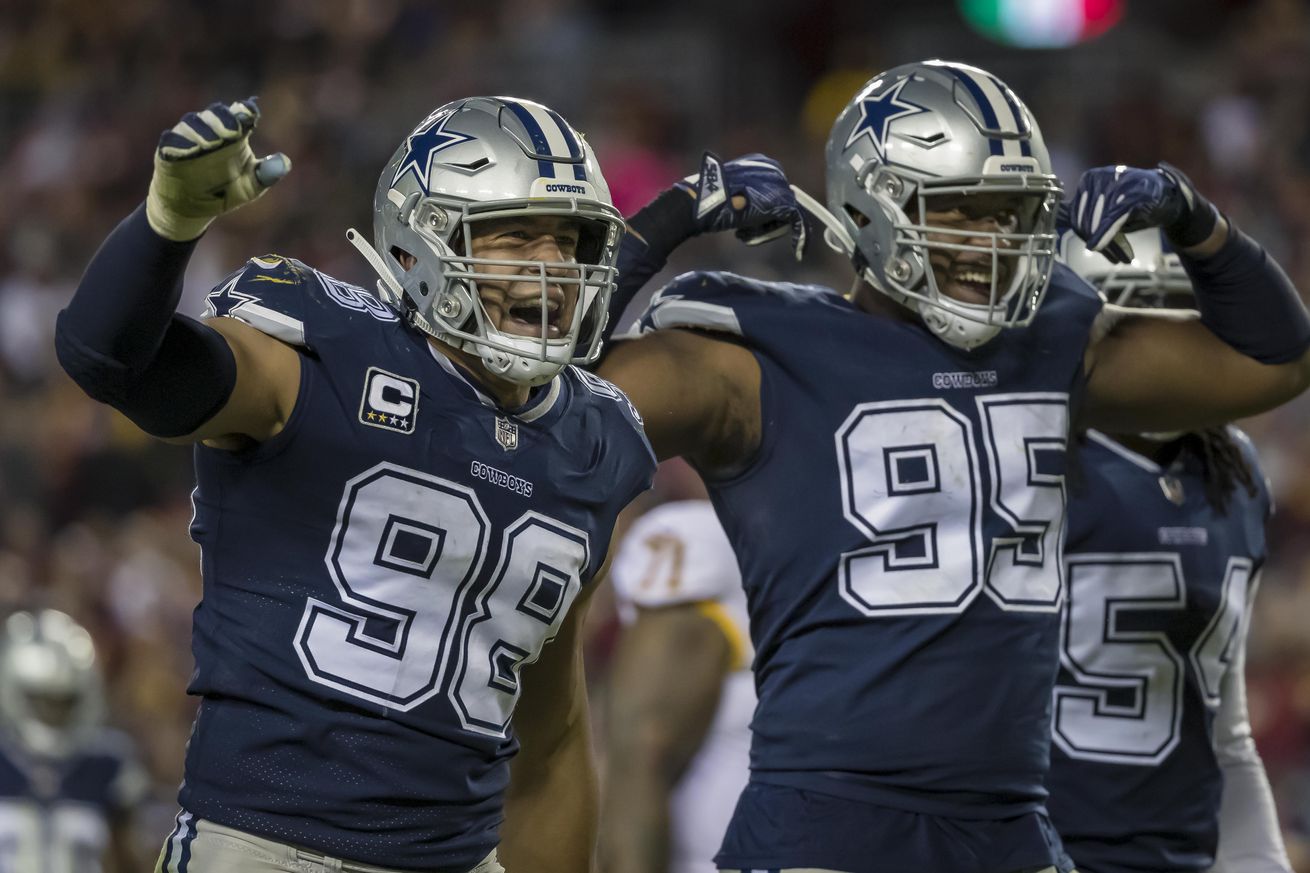 We’ll have to see how serious the Irving injury turns out to be.

#Cowboys DL David Irving, who was carted off in practice, is believed to have suffered a high-ankle sprain, sources tell me and @SlaterNFL. X-Rays were negative. He’ll still have tests, but the early returns are not as bad as they could’ve been.

If you were hoping for some good luck coming the Cowboys way off the bye week, you might want to keep hoping. According to Jane Slater of the NFL Network, Cowboys defensive tackle David Irving suffered an ankle injury in Thursday’s practice and was carted off the field.

Cowboys DL David Irving suffered an ankle injury during practice today per sources informed. Tough year for Irving following off the field issues and suspension to start the year

Irving was carted off the field. https://t.co/uw6KD99KVB

Whenever they use the cart in practice, it tends to be bad news. We’ll hold out hope that it isn’t a severe injury this time.

Irving was suspended the first four games of the regular season, and missed his first game back dealing with family issues that held him out of practice. Irving has played in two games so far this year and has recorded a sack, and three tackles. After a rough start to the season for David Irving, he was hoping to get back to destroying quarterbacks and helping the Cowboys defense. His inside presence forces teams to play honest and not shift help to the outside to handle the defensive ends. He also can be very disruptive in the run game.