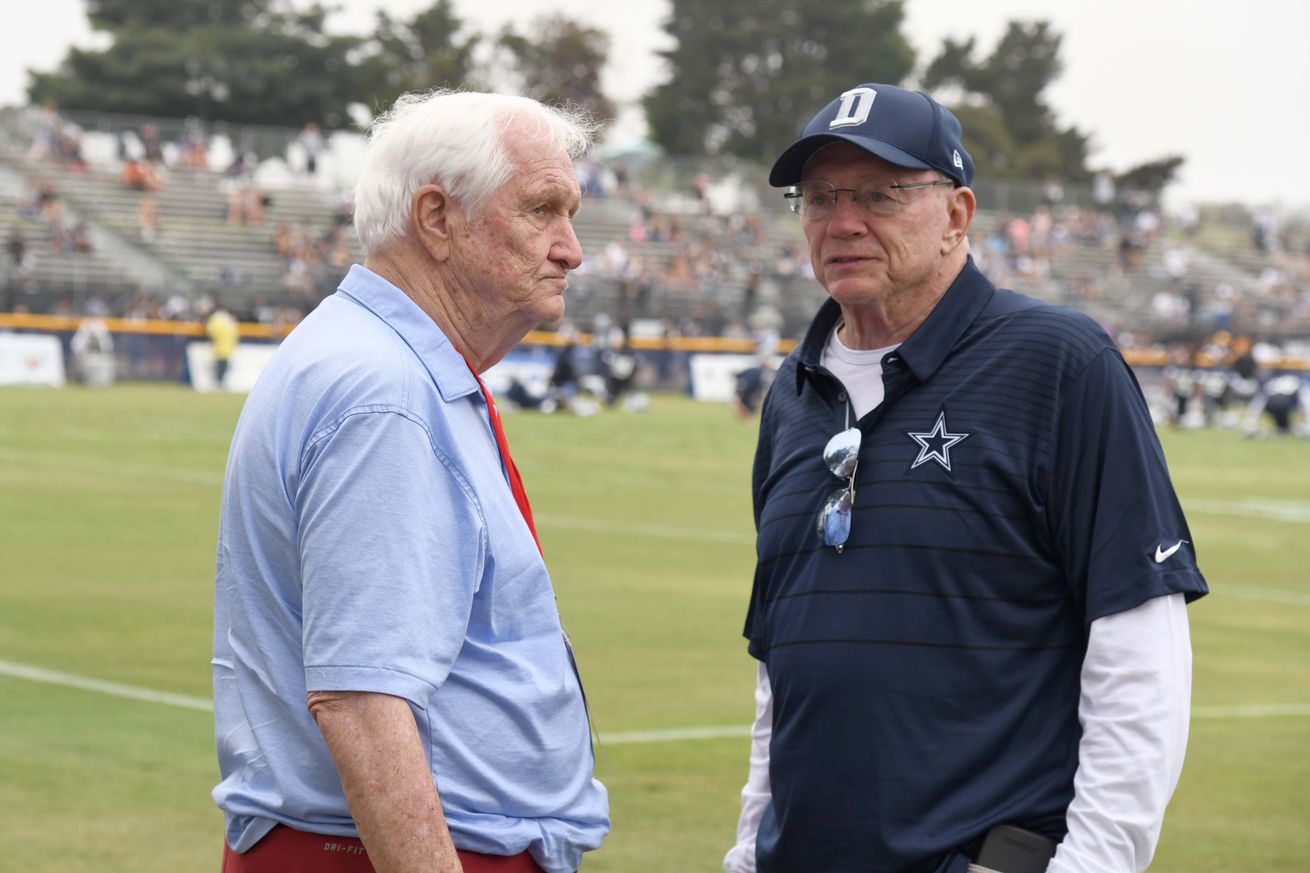 Thursday afternoon the Dallas Cowboys announced that Jerry Jones and Co. would be making an announcement on Friday afternoon. Much speculation grew that the news was concerning an addition to the team’s storied Ring of Honor. Those assertions were correct.

Gil Brandt is entering the Dallas Cowboys Ring of Honor!

If you’re a Dallas Cowboys fan you owe Gil Brandt a hearty thank you for helping to build this team into the world-renowned brand and empire that it exists as in 2018. Brandt joined the Cowboys at their inception in 1960 when General Manager Tex Schramm brought him over from their time working together with the Los Angeles Rams. What happened next changed the Cowboys forever.

Gil Brandt is the 22nd member of the Dallas Cowboys Ring of Honor. He will be enshrined on November 29th when the team hosts the New Orleans Saints on Thursday Night Football.

Gil worked alongside Schramm and Tom Landry over the course of almost three decades to construct one of the greatest sports franchises known to man, in all facets. While the Cowboys experienced successes off of the field Gil helped keep them sterling on it. He revolutionized the way scouting works by incorporating the usage of computers, looking beyond North America for prospects, and getting unconventional by taking players that played different sports or utilizing them in different positions than they were accustomed to.

Many of the names that currently hang in the Dallas Cowboys Ring of Honor were found and procured by Brandt himself. It’s fitting that he would join them all, Schramm and Landry included. The trio is just as important to the franchise’s history as The Triplets that also live in the club’s elite fraternity. This is an honor that is long overdue.

Back in August both Gil Brandt and Denver Broncos owner Pat Bowlen were selected as contributor finalists for the Pro Football Hall of Fame Class of 2019. This category is voted on separately from the majority of class where contributors need 80% of the vote to get in. With Gil Brandt now becoming a member of the Dallas Cowboys Ring of Honor his odds of enshrinement in Canton grow.

Congratulations to Gil Brandt for entering the Dallas Cowboys Ring of Honor! We are forever grateful.