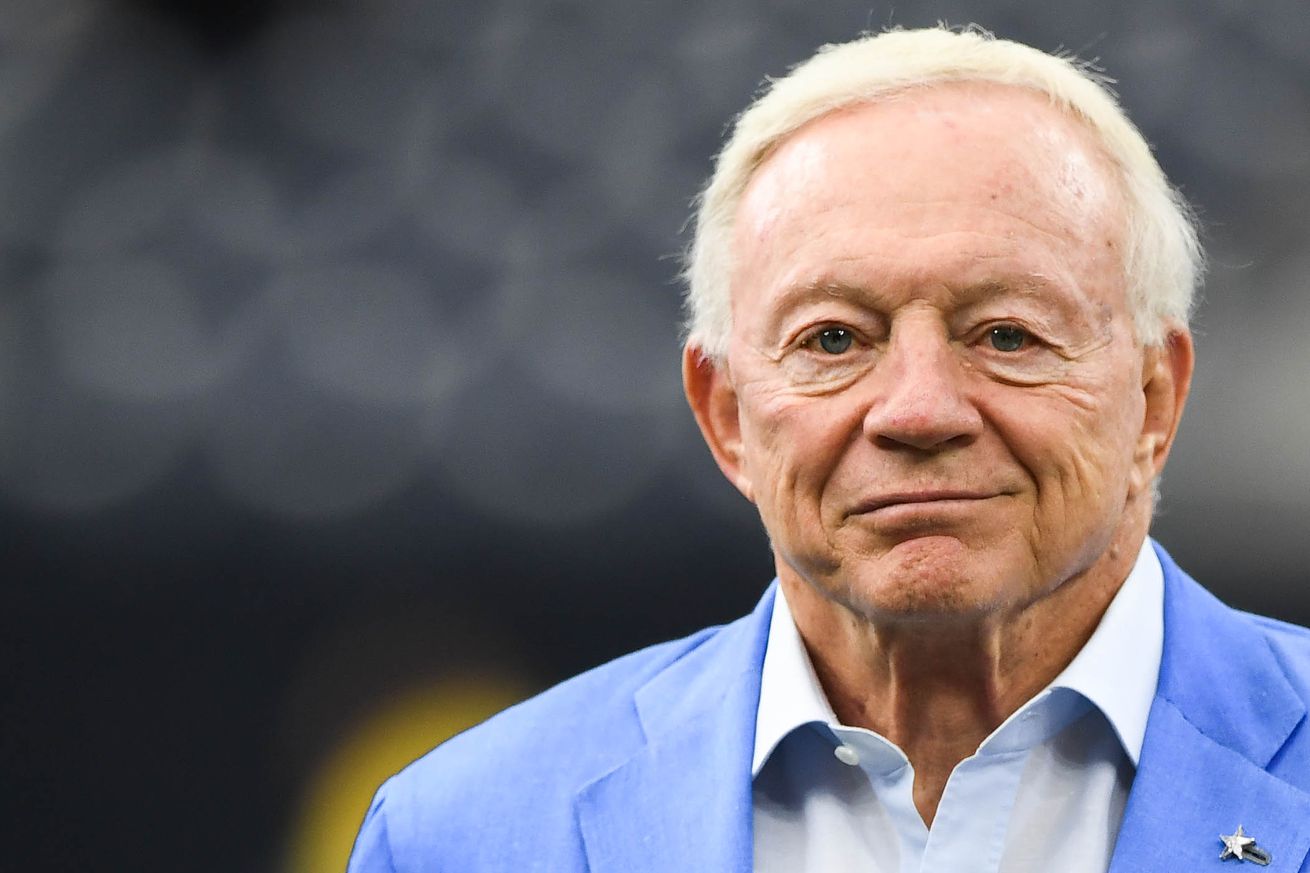 What does Jerry Jones have up his sleeve?

The Friday announcement will take place at 12 PM CT and will involve a “football related matter.” That sounds interesting.

Hmmm. Interesting…#Dallas Cowboys owner Jerry Jones will conduct a press conference at noon Friday. The press conference will involve a football related matter and will take place in the Atrium Lobby of the The Star in Frisco.

Considering this is Jerry Jones choosing to do this and that he’s announcing it so that media can attend, it suggests that it’s a good thing opposed to a bad one. Of course, anything is possible so bad things are definitely on the table. Obviously, we’re hoping for good.

Good things for the Cowboys could involve a new monument of some kind at The Star in Frisco or perhaps a new name to the Ring of Honor (the Dallas Morning News is reporting that this is indeed what will be announced). There’s an infinite number of bad things it could be and we really shouldn’t speculate things of this kind. Another possibility is that this is news of an extension of some kind for Jason Garrett as had previously been alluded to.

Cowboys have called a press conference for tomorrow for a “football related” matter. Just so you know, I have not been hired as GM or offensive coordinator. And, no, there won’t be a coaching change or a big signing announcement.

It’s worth noting that the Cowboys play on Monday Night Football this week so they’re going to have a national stage just a few days after whatever this announcement is. Let’s all hope that we’re celebrating good news versus news of any other kind.