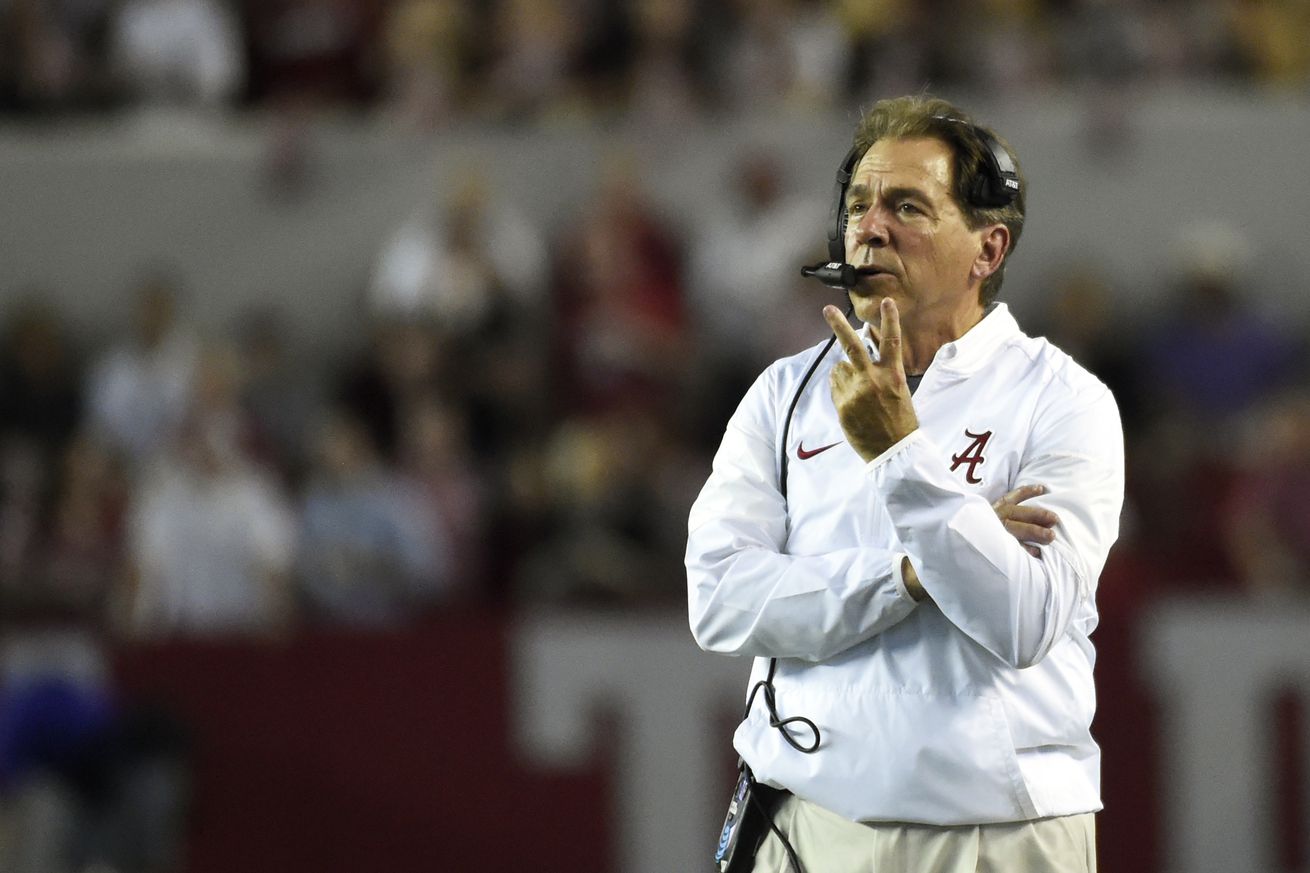 Here is what you have going on this week in college football.

3:30 PM ET: #6 Georgia at #9 Kentucky on CBS – Can Kentucky compete with such a powerhouse in this SEC matchup?

It’s been a nice story to have Kentucky enter the SEC conversation in football but this Cinderella story is likely over. Both of these teams enter this game 7-1 on the season but Georgia actually has hope to make the playoffs where the Wildcats are pretty surprised to be where they are. Since LSU beat Georgia by 20 points last month, the Bulldogs understand they must win out. The Dawgs won’t take the Wildcats for granted because this one could be closer than we think:

Even in a conference filled with fearsome defenses, Kentucky’s unit stands out. The Wildcats haven’t allowed more than 20 points in a game this season and are tied with Clemson for the national lead in fewest points allowed per game (13.0). Kentucky is well-balanced against the run and pass—it is tied for 15th in FBS in both yards allowed per carry and yards allowed per pass attempt. Linebacker Josh Allen is second in the nation with 10 sacks on the season. He has sealed two Kentucky wins this season with strip sacks.

What to expect: Georgia is going to roll the Wildcats but that doesn’t change the fact they have many reasons to be proud of what they have accomplished. Georgia by 14 points.

Last week’s game in Stillwater didn’t go the Longhorns way and it got very heated towards the end, but the goal is still attainable. Both Texas and West Virginia are having good seasons but now is the time to prove they can be for real. Whoever wins this matchup is likely going to face off with Oklahoma for the BIG-12 title. Can the Longhorns prove that they are worthy? Well that depends on if Texas can handle this Mountaineer’s pass attack:

Commanding a top 10 passing attack (331.3 YPG), which will be the best Texas has seen to date, Grier’s name can be found near the top of numerous statistical categories. His 25 passing touchdowns ranks 6th nationally, while his 70.3 percent completion rate is a top 10 effort as well. More notably than any number may be Grier’s 188.7 passer efficiency rating, which trails only Oklahoma’s Kyler Murray and Alabama’s likely soon-to-be Heisman quarterback Tua Tagovailoa.

What to expect: West Virginia has a phenomenal defense and will have a better chance at limiting Texas than the other way around. The Mountaineers win by three.

3:45 pm ET: #14 Penn State at #5 Michigan on ESPN – Are Jim Harbaugh’s Wolverines finally ready to take their place at the playoff table?

Penn State has been a disappointment but they still have some of the most talented players in the land. Michigan is on a hot streak, they have a history of getting streaky when the pressure is on. The Wolverines need to finally give folks a reason to truly believe that they won’t let up this time around:

The past two meetings between these teams resulted in a blowout, so it’s not crazy to suggest it could go that way again, but in Michigan’s favor. It’ll take a strong start from the Wolverines and a forced turnover or two by the defense, but it’s certainly possible. If Michigan is up big in the fourth quarter, I don’t expect to see Jim Harbaugh call off the dogs, and he shouldn’t. If Penn State can’t stop the Wolverines (or if Michigan can’t stop PSU should the game go the other way), they should keep scoring, keep piling it on, keep fueling the budding rivalry. Heck, go for two after a late touchdown. Sports are supposed to be fun for the winners, not the losers, so don’t let up.

What to expect: Give me Big Blue over the Nittany Lions by a late touchdown from their defense.

8:00 PM ET: #1 Alabama at #3 LSU on CBS – This SEC rivalry game will rest on high-powered offense instead of the defensive slugfests we’re used to.

It’s the game of the week and this one is what we all deserve after LSU knocked off Georgia. These two teams have met in the National Championship game and have given us some good memories in the past between Nick Saban and former Tigers coach Les Miles. Though these two still have great defenses, it won’t be the theme of this one. Alabama and Heisman-hopeful quarterback Tua Tagovailoa have been lighting up their opponents, LSU will have to be much more consistent on offense:

LSU’s offense hasn’t been consistent enough to feel completely comfortable against any defense of any good quality right now. They’ve found ways to do different things at different times, but I’m not sure there’s one thing that they can hang their hat on. One thing they can lean on doing.

But that also leaves them the freedom to try some different things. Attack different areas. Poke around, and see what hurts. Use every weapon that you have. Throw to set up the run. Run to set up the pass. Use backs and tight ends in addition to receivers.

Most importantly, any offensive coordinator facing a Nick Saban-coached defense has to be prepared to think a few moves ahead. Have counter-punches in mind.

What to expect: Alabama has averaged leading opponent’s 28-7 at halftime, there is no way you should bet against that. The Tide will roll once again.

You can find the full slate of college football games right here.