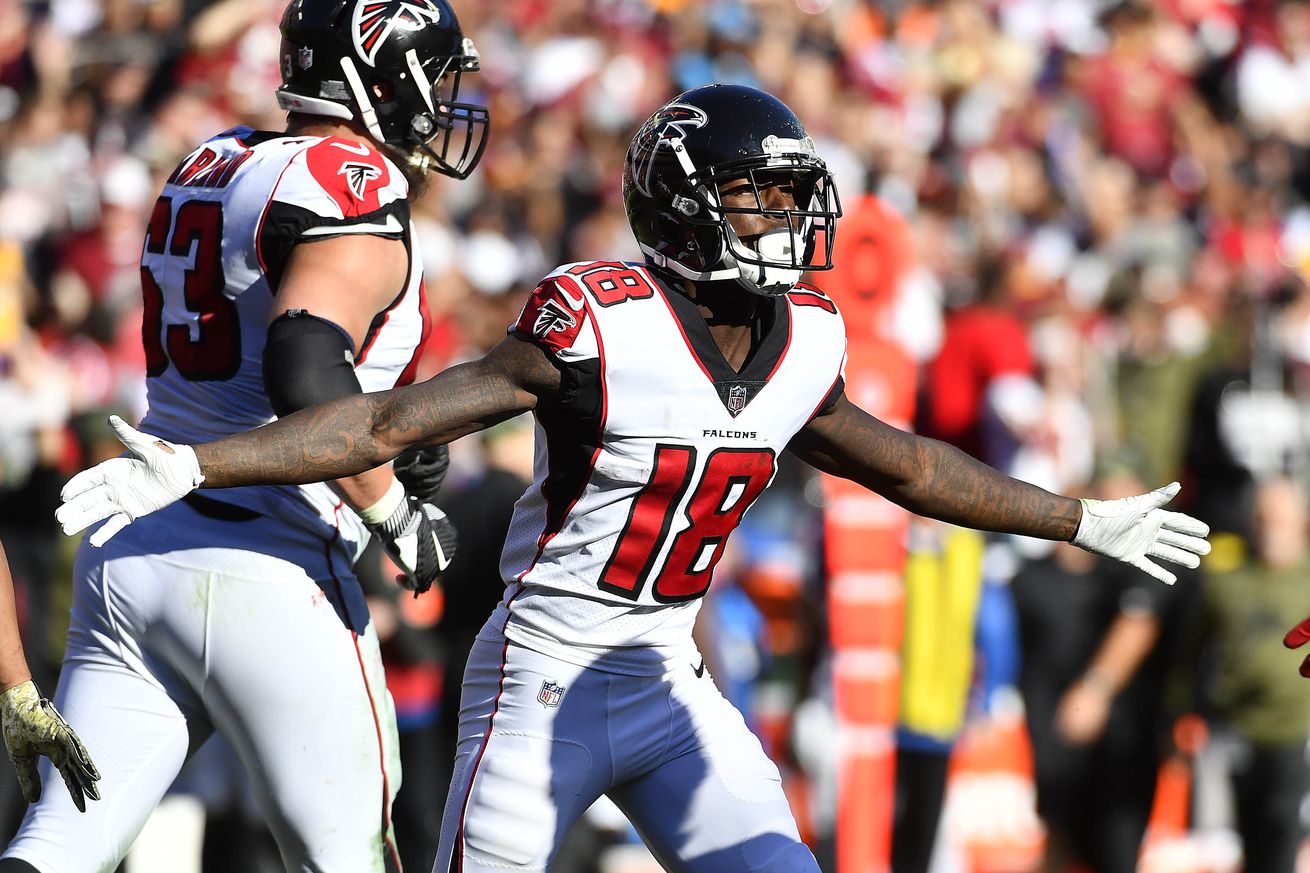 The Dallas Cowboys don’t play until Monday night, but still got a victory of sorts on Sunday. The Atlanta Falcons visited Washington on Sunday and blasted the team from the nation’s capital, and the NFC East leaders, by the score of 38-14. With the defeat, Washington falls to 5-3 on the year. Dallas, at 3-4, has an opportunity on Monday night, when they play the Tennessee Titans, to close the gap in the NFC East to a one-game lead. The Philadelphia Eagles are already at 4-4 and are on a bye, so if Dallas can hold up their end of the deal the top three teams in the NFC East will all be bunched together – Dallas and Philly one game back of Washington.

The flip side of that score is that the Cowboys have to face the Falcons on the 18th of November, in Atlanta, and they seem to be putting things together after a rocky start. Atlanta has now won three games in a row. But that’s a bridge to cross once a few weeks pass, right now, it’s welcome news that the Falcons are playing well because that means they beat Washington today.

Sunday’s result was a treat for the Cowboys and their fans. Now they need to take care of business on Monday night.