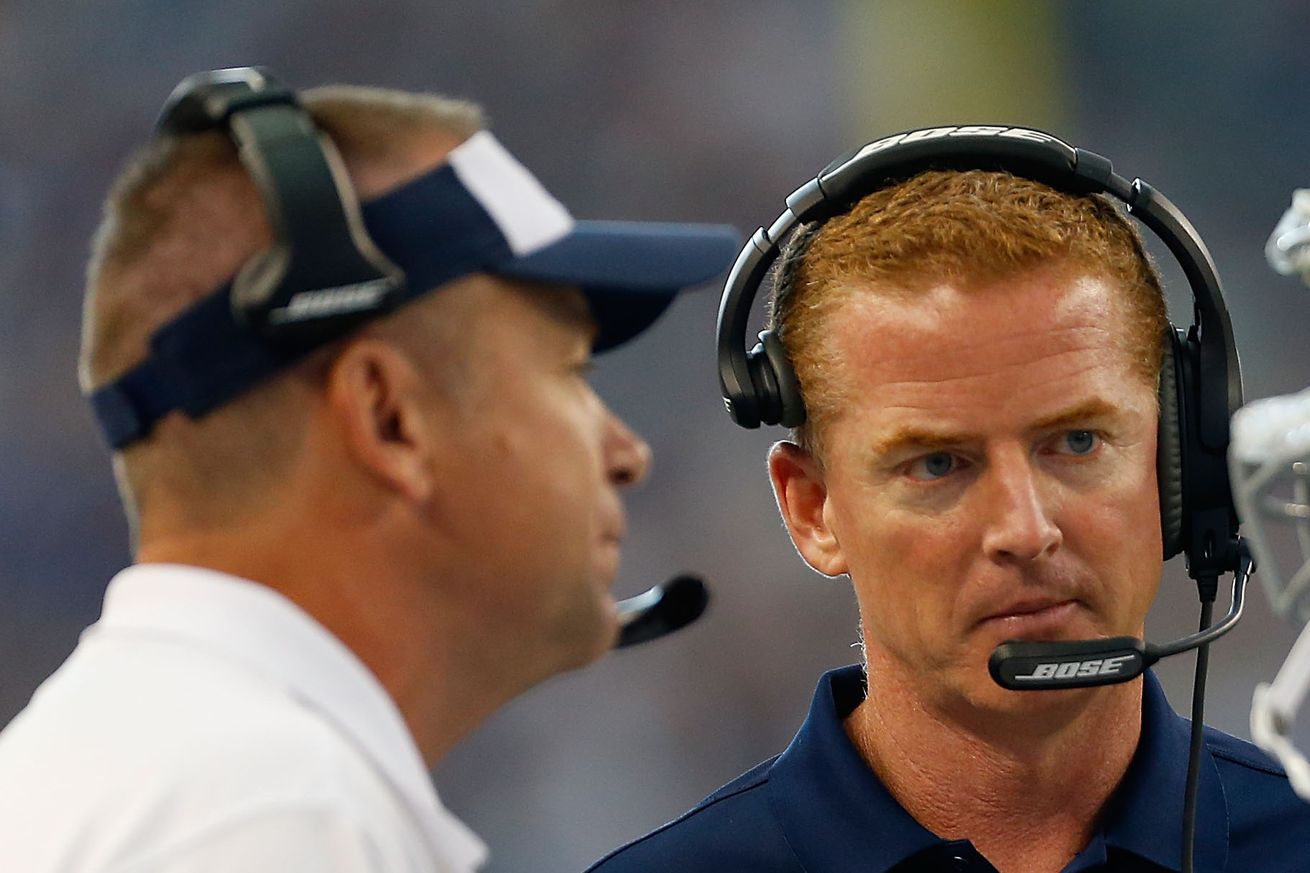 If the players are failing, look no further than those entrusted to make sure they are prepared.

At 3-5, the Cowboys are a bad football team and we can emphatically say that without the need for any further evidence. The Cowboys latest loss to the then 3-4 Titans just so happens to be their worst loss of the season. Not because it was a 3-4 Titans team, the Cowboys weren’t necessarily in a position to expect to beat anyone. It’s the worst loss because the Titans just dominated them for the better part of three quarters. It was the most points (28) an opponent has scored on this Cowboys defense. It was also the ninth consecutive loss dating back to last season that resulted in a Cowboys offense scoring less than 20 points. Stick whatever piece of silverware you prefer into this team because they are way past done.

It’s time to look past what’s mathematically possible and accept that these Cowboys are destined to disappoint. They just showed that even with two weeks to prepare, they could somehow play worse than before and that’s disturbing. There are no more excuses to uncover, no more tweaks here or there that are going to make the difference right now. No matter where anyone wants to point the finger, it ultimately falls at the feet of this coaching staff. We really can’t put the onus on any one area without including Jason Garrett and Scott Linehan.

Dak Prescott hasn’t even remotely resembled a franchise quarterback but who’s job was it to develop him? It was Jason Garrett and Scott Linehan who took the franchise forward with Prescott in the first place. They decided that he had the skills to be their guy going forward and 2016 validated that. However, they have yet to even decide what he can and can’t do which is absolutely inexcusable. What they want is a pure pocket-passing quarterback but that’s not what they have. They have an athletically-gifted mobile quarterback that can succeed in a tailored-offense around his abilities.

Linehan has yet to accept Dak’s limitations or accentuate his strengths and when he does, it’s short-lived. There are almost no designed quarterback runs and play-action isn’t used enough though it’s critical for Prescott’s success. If anyone is curious as to why this offense can’t function unless everything is perfect, look no further than those who have created the environment. There are so many folks out there using Prescott’s struggles as a way to defend this coaching staff but what trust have these coaches earned lately? Right now, you see a staff that has almost no grasp of the roster. Prescott is certainly responsible for his own miscues in these losses but the fact that he’s required to play perfectly to win is the definition of coaching incompetence in the NFL. If Norv Turner can find success working with Cam Newton, who is also not a natural pocket-passer that makes mistakes, what’s that say about the Cowboys coaches?

This past offseason was the front office doubling down on their trust in Garrett and Linehan. Garrett and Linehan were behind an offseason overhaul of position coaches that included hiring a quarterback’s coach with less NFL game experience than the starter. Garrett and Linehan also brought in an offensive line coach who’s philosophical changes got him fired mid-season. Now, the once-perceived strength on offense is a complete mystery from week to week which can’t happen with the resources they spent in that area.

The lack of execution by these players is directly related to a scheme that hasn’t evolved around the quarterback. We have seen enough already that would suggest this current coaching staff is not going to evolve the scheme around Dak Prescott. If that’s the case then there’s no way for the two entities to coexist. Jerry Jones has already guaranteed that Dak Prescott will be around for the foreseeable future and will get an extension. What that really means is that Prescott will be evaluated right up until at least 2020. After that, there are options like the franchise tag that could prolong making a long-term financial decision.

Both Jason Garrett and Scott Linehan were given just about everything they could ask from ownership. Even when they admitted they made a mistake at receiver, they were rewarded with the addition of Amari Cooper at the price was next year’s first-round pick. When you consider how young this team is and the pieces they have, now is not the time to blow up the roster. So far, we have seen much more creativity in their ability to lose games rather than win games. Every single decision that has been made over the past three seasons was at the behest of the current regime and they have failed. If Garrett and Linehan can’t win with these players, it’s time they find someone who can.