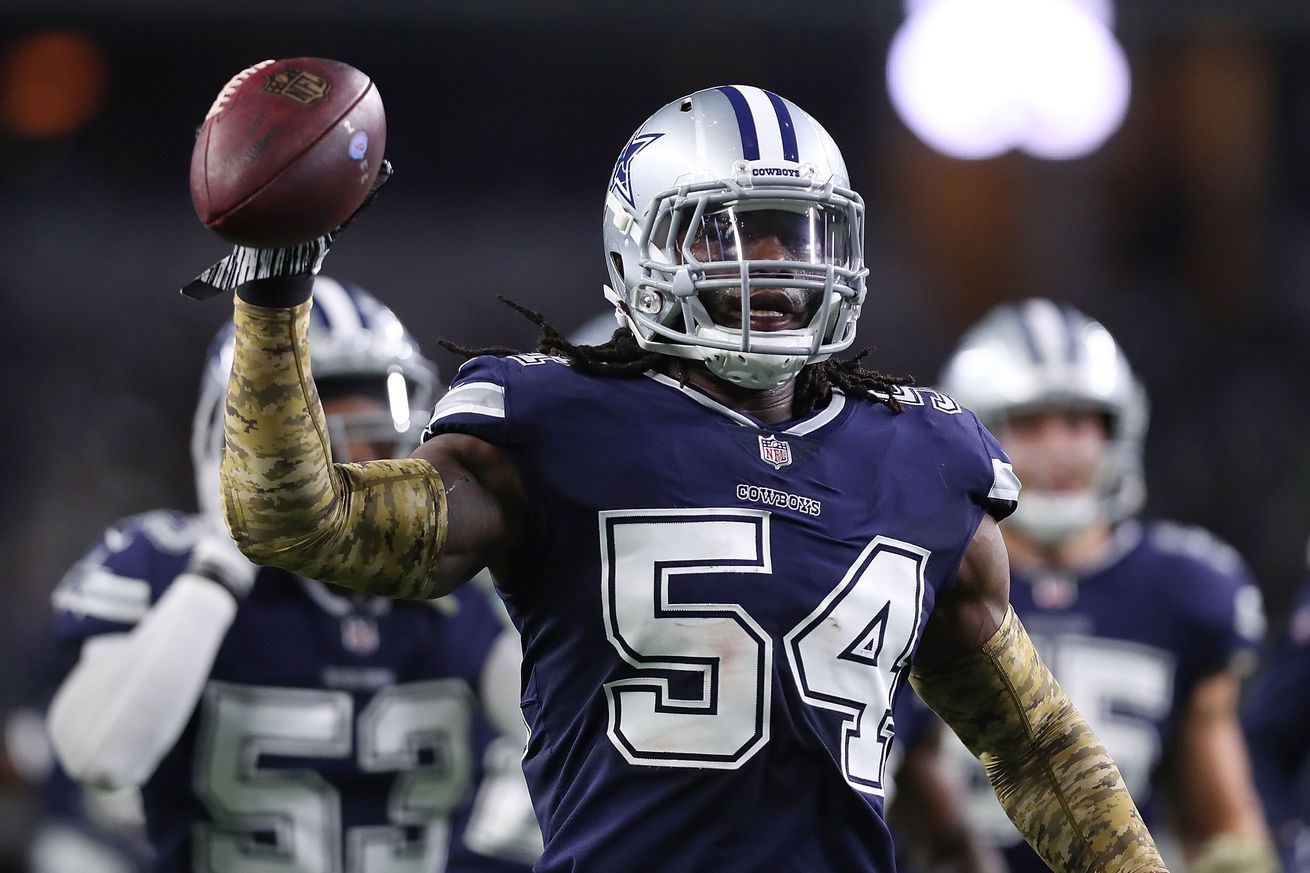 Here’s what we want to happen for the Cowboys playoff chances.

The season is halfway over for the Dallas Cowboys and they have a 3-5 record to show for it.

It feels like they’re a lot worse than a 3-5 football team if we’re being honest, things haven’t been this grim since 2015. The thing about three years ago though is that while the Cowboys were 2-6 at the midway point they felt like a better team than that, the exact opposite of this season. Can you believe that the 2015 offense was actually better than 2018’s to this point?

Remember how awful the Cowboys offense was to watch in 2015? Through the first half of the season that offense is actually better than 2018’s.

Odds are you accepted that this season doesn’t have much in the cards for the Cowboys after their 28-14 loss on Monday night against the Tennessee Titans. Things set up relatively nicely for the Cowboys entering that game as the Washington Redskins lost on Sunday. Dallas didn’t get a whole lot of help within the conference during Week 9 (our handy rooting guide was there for you every step of the way), but the fact is winning the NFC East is by far the best chance the Cowboys have at the playoffs.

We’re all aware of just how quickly things can change in the NFL. It’s a week-to-week league and considering the Cowboys are playing against a division rival this week, a win there could significantly boost their chances.

There are obviously people that believe the Cowboys aren’t going to the playoffs this season and if that’s your belief, hey that’s your cup of tea and you’re entitled to it. If you’re still holding on to hope that Dallas can do something special this season then you’ve come to the right place.

Here’s the official Cowboys fan rooting guide for Week 10 of the 2018 season.

Things already started breaking the Cowboys way in Week 10’s Thursday Night Football contest when the Pittsburgh Steelers drop a 50-Roethlisberger on the Carolina Panthers. As is obvious, any loss by an NFC team helps the Cowboys. Also keep in mind that this crop of games includes three games between AFC opponents so what happens there doesn’t impact the Cowboys one way or another. Onward.

The Cincinnati Bengals will play host to the New Orleans Saints, although Dez Bryant won’t be playing. While it’s extremely unlikely that the Cowboys can catch New Orleans in some sort of wildcard race it still can’t hurt to have them lose a game.

While the Cowboys are staring straight up at the Saints they can still definitely catch their NFC South rivals in the Atlanta Falcons (Dallas will play them both before the month is over as well). Atlanta will be in Cleveland and here’s hoping that Baker Mayfield is able to help the Cowboys out to any degree.

The NFC North will see a great game between the Chicago Bears and Detroit Lions this Sunday. Chicago definitely looks to be a team that can contend for a playoff spot, possibly even their own division’s crown, and Detroit looks like a team ready to give up. The Cowboys have already beaten the Lions on this season and therefore hold the tiebreaker over them. It would serve Dallas well if the Bears stayed within a reachable distance and would harm Dallas less if the Lions were the team to walk away with the victory.

While we technically have rooting for the Chiefs on this list, that particular checkmark wouldn’t end the world if it went unchecked. The Arizona Cardinals are an NFC team so we want them to lose, but they’re not a playoff contender (cue the “neither are the Cowboys!” remarks). Finally, as obvious as it is that we always want NFC teams to lose to AFC ones, it’s even more obvious that we always want division rivals to lose. Go Buccaneers. Beat the Redskins. Pretty please. They almost helped the Cowboys out last week against Carolina, time to actually get the job done.

The Los Angeles Chargers and Oakland Raiders will square off so at the very least let’s root for something interesting, right? The Raiders always deliver there.

More importantly, the Los Angeles Rams will try to rebound from their first loss of the season at home against the Seattle Seahawks. While LA won it last year the NFC West has been Seattle’s division for a long time. The Seahawks will likely put up a fight, but we want that to fall short. It would serve the Cowboys best if the Rams simply ran away with their division (and presumably a first-round bye) and continued to push the Seahawks down because that could be a team that Dallas contends with for a wildcard spot. Got it? Good.

The same logic holds true for the Miami Dolphins at Lambeau Field against the Green Bay Packers. We’re seeing a Green Bay team that’s almost falling apart, and it would be great if the Dolphins pushed them over the edge. If, a big if admittedly, the Cowboys are going to be near contention for a wildcard spot the last thing they need hanging around is Aaron Rodgers.

There you have it. If you’re getting a head start on your Christmas list or just need something to direct some positive thoughts towards, it’s these eight things. Not all of them are critical to the Cowboys playoff hopes, but some of them are, the others would just make us smile.

It goes without saying that while it’s not listed on the rooting guide… we need the Cowboys to win. If they’re going to have any chance at winning the division or contending for a wildcard they simply have to get this win in Philadelphia.

Here’s hoping they do.