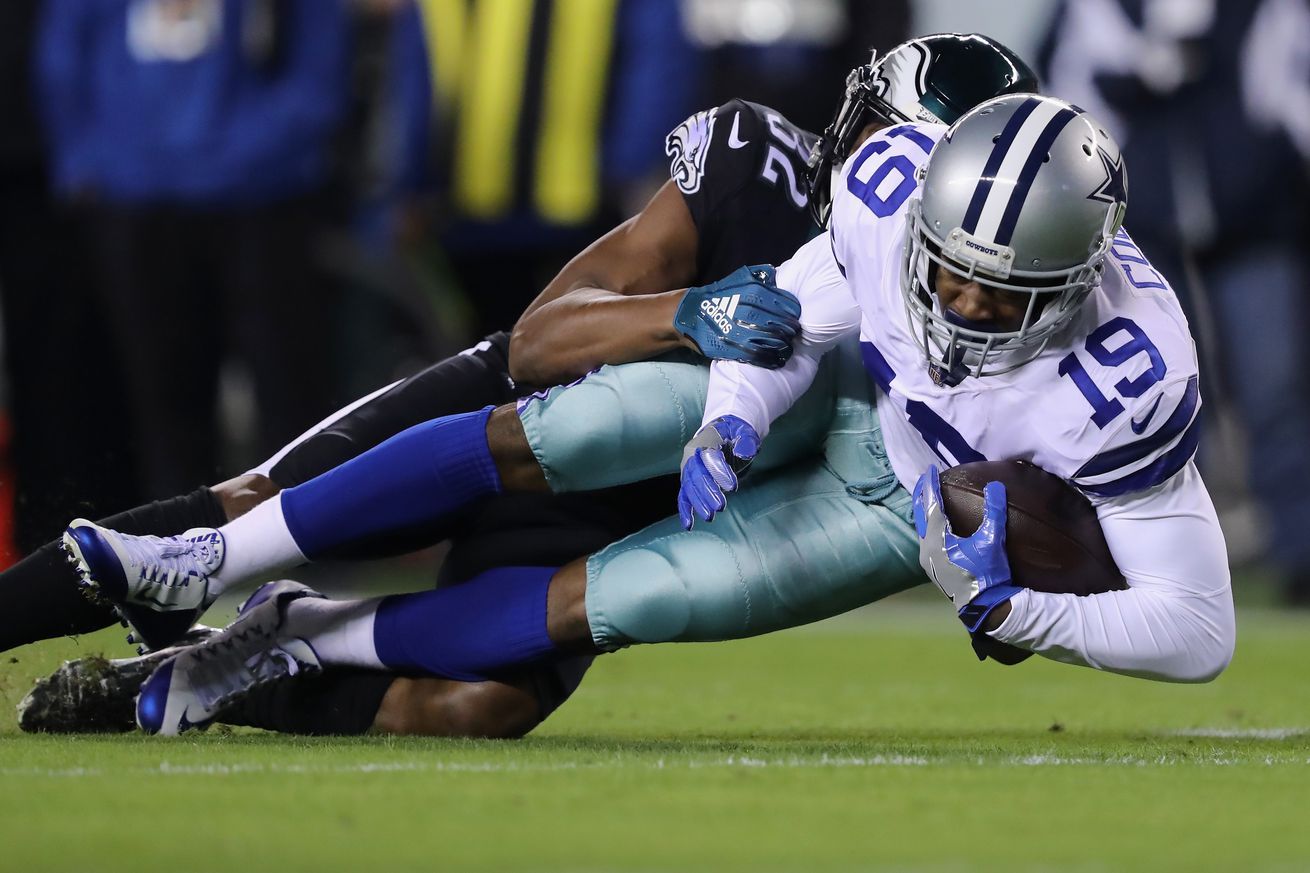 The Cowboys took a huge risk by trading for Amari Cooper, but it looks like it’s already paying off.

There was plenty of anger among the fanbase when the Cowboys gave the Oakland Raiders a first-round draft pick to acquire Amari Cooper. You can say a lot about the decisions the front office has made over recent years, but one thing they could always hang their hats on it how remarkably good they’ve been at selecting talent on Day 1 of the draft. In the Jason Garrett era, the Cowboys have picked three All-Pro offensive linemen, an All-Pro running back star in Ezekiel Elliott, and two young defensive stars in Byron Jones and Leighton Vander Esch who could be on their way to earning All-Pro status as well. That is just some gold-star drafting right there.

So naturally, it’s a little disappointing to realize that the team won’t have a crack at landing another star next April.

But the Cowboys brain-trust doesn’t see it that way. They believe that Amari Cooper has all the talent of a first-round player (after all, he was selected fourth overall) and possesses the traits they are looking for help their offense be successful. It’s still early, but it appears they might have gotten this one right. With two games under his belt, let’s examine what Cooper brings to the Cowboys.

The ability to create space from the defender is one of the things Cooper has done best, even going back to his college days at Alabama. His route-running has been praised quite a bit, but Cowboys fans are now witnessing what that can for the offense. Dak Prescott is still figuring things out and one of his problems is that he tends to shy away from targets that aren’t wide open. I don’t know if it’s a lack of trust he has in himself or his receivers, but Prescott will pass up on certain targets and settle for something shorter around less traffic. Laying up short all the time will get you nowhere.

With Cooper, we don’t have to worry about that. He’s one of the best in the business when it comes to creating separation, which is just what his new quarterback needs.

Amari Cooper gets open twice on this play against Ronald Darby. pic.twitter.com/XGnNnfJYKI

Eagles cornerback Ronald Darby tore his ACL on that play.

Cooper had a modest six catches for 75 yards, but it could have been even more if Prescott was on target with more of his throws. There were a handful of times where Amari had his man beat, but Dak missed him.

What a gorgeous release from Amari Cooper. pic.twitter.com/LhOmdbiEZL

Not only does Cooper give his quarterback an open target to fire at, he makes his receptions really count. Bob Sturm pointed out how he’s been a first-down machine.

Suddenly, they have a guy who is open and when you throw it to him, a first down appears likely. In just two games (!!!) Cooper is already second on the team in first-down receptions, moving the sticks on 10 out of 11 overall catches.

And our own Michael Strawn gives us a nice little statistical before and after.

Cooper’s space between the defender gives him more room to run, but watch how he goes north for the sticks.

Another easy win for Amari Cooper on Ronald Darby. pic.twitter.com/i75t7BCSUY

And even when it looks like he’s going to be stopped short, he still finds a way to get the first down.

.@amaricooper9 will NOT be denied the 1st down.

The right kind of guy

It’s cliche, I know – but we can’t undervalue what it means to have a player who approaches the game the right way.

The guy is humble, he’s not flashy, he’s just an all-around great guy.

Players like this are not only dependable, but they are able to keep their focus even when things aren’t going so well. Cooper is not going to be throwing a fit on the sidelines or bark about how he wants the ball more.

All these attributes paint a picture and that picture was apparently beautiful enough to sway the front office to do something they haven’t done in a while – surrender that coveted first-round draft capital. Instead of being disappointed the team doesn’t have a shot at another first-round gem in 2019, we should embrace that we get our gem a little early. It might have looked like a panic move because the Cowboys needed some big help at the wide receiver position, but from what we’ve seen so far – they’re getting what they paid for.

He’s a talented player, a good teammate, and he just goes out there and does his job. And so far, he’s doing it pretty well. Nice to have you aboard, Amari.