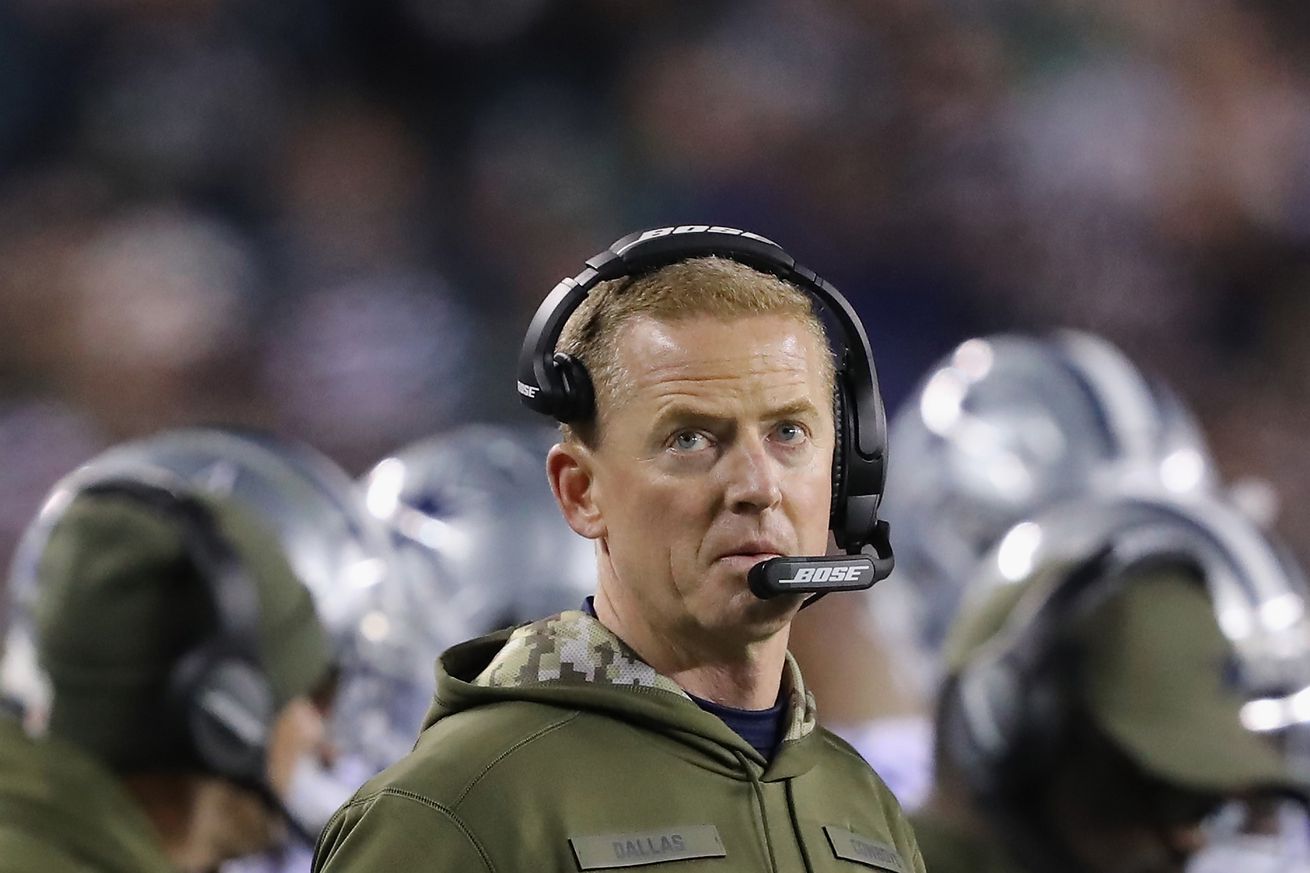 The Dallas Cowboys return to practice today, preparing for the Atlanta Falcons. At 4-5, the Cowboys playoff hopes are still flickering, but they really need a second win on the road. As they prepare, Jason Garrett addresses the media about all things Cowboys. (All Garrett answers are paraphrased and not actual quotes.)

What we learned from Atlanta in 2017

Obviously the Cowboys had a rough time last time they visited Atlanta, and Jason Garrett had very little interest in re-visiting that loss. Wanted to talk more about learning today and preparing this team for the next game.

Tavon Austin won’t practice today, Connor Williams will do something in individual drills, hopefully Taco Charlton can get going.

The Cowboys dodged a bullet when it came to Zack Martin’s injury in Philadelphia. While there are no definitive answers on his status moving forward Jason Garrett did say that hopefully as the week goes on he can do more and more work.

Asked whether or not the Cowboys faced something exotic in the Falcons last season, Jason Garrett said it was nothing special. He said they simply didn’t play well in that game and they need to do better this week.

Garrett praised Jones and noted that he does so much well. He’s big, fast, physical, is an excellent route-runner. He can catch short passes and provide run after catch, and he can also go deep. Just a great all-round player. The best bet is to disrupt his rhythm.

Another former member of the Crimson Tide is fellow Falcons receiver Calvin Ridley. Jason Garrett acknowledged that the Cowboys loved him through the draft process and they anticipated his transition to be smooth into the NFL.

Jones, Cooper and Ridley are different players from a physical perspective

When asked about the three receivers from Alabama in the game, Jason Garrett noted that Julio Jones is the biggest of the three Bama receivers while saying that Amari Cooper is sort of the “medium” sized one of the bunch and Ridley is the smallest. What’s fascinating is that they all present different tools and skillsets while all hailing from the same school.

Ezekiel Elliott is a beast

Garrett gave props to Ezekiel Elliott for what he was able to do against the Philadelphia Eagles. Obviously Zeke was a big part of why the Cowboys were able to win on the road, and his utilization in the passing game is part of that. Jason Garrett also discussed how Zeke is able to help the Cowboys attack a defense in various was and that getting him the ball is a priority for them.

Xavier Su’a-Filo did a great job in Philadelphia

One of the more underrated performances of last week for the Cowboys was what Xavier Su’a-Filo did starting at left guard. Jason Garrett also dished out compliments to Joe Looney and Adam Redmond for how they played, and it’s quite the testament to Marc Colombo that he was able to get things going with the interior of the Cowboys offensive line much different than many thought it would be back in the offseason.

Zeke wants to be a great player

It’s been a long time since Zeke’s suspension was discussed, but Garrett was asked how Zeke has played since coming back. He discussed how Zeke is very focused and wants to be a great player for the Cowboys, noting that everyone in life matures as they grow in their particular professions.

Travis Frederick and Sean Lee are two examples of important Cowboys that are sidelined with injuries at the moment. Jason Garrett discussed how they do everything they can to contribute in their absence, a trait indicative of leaders.