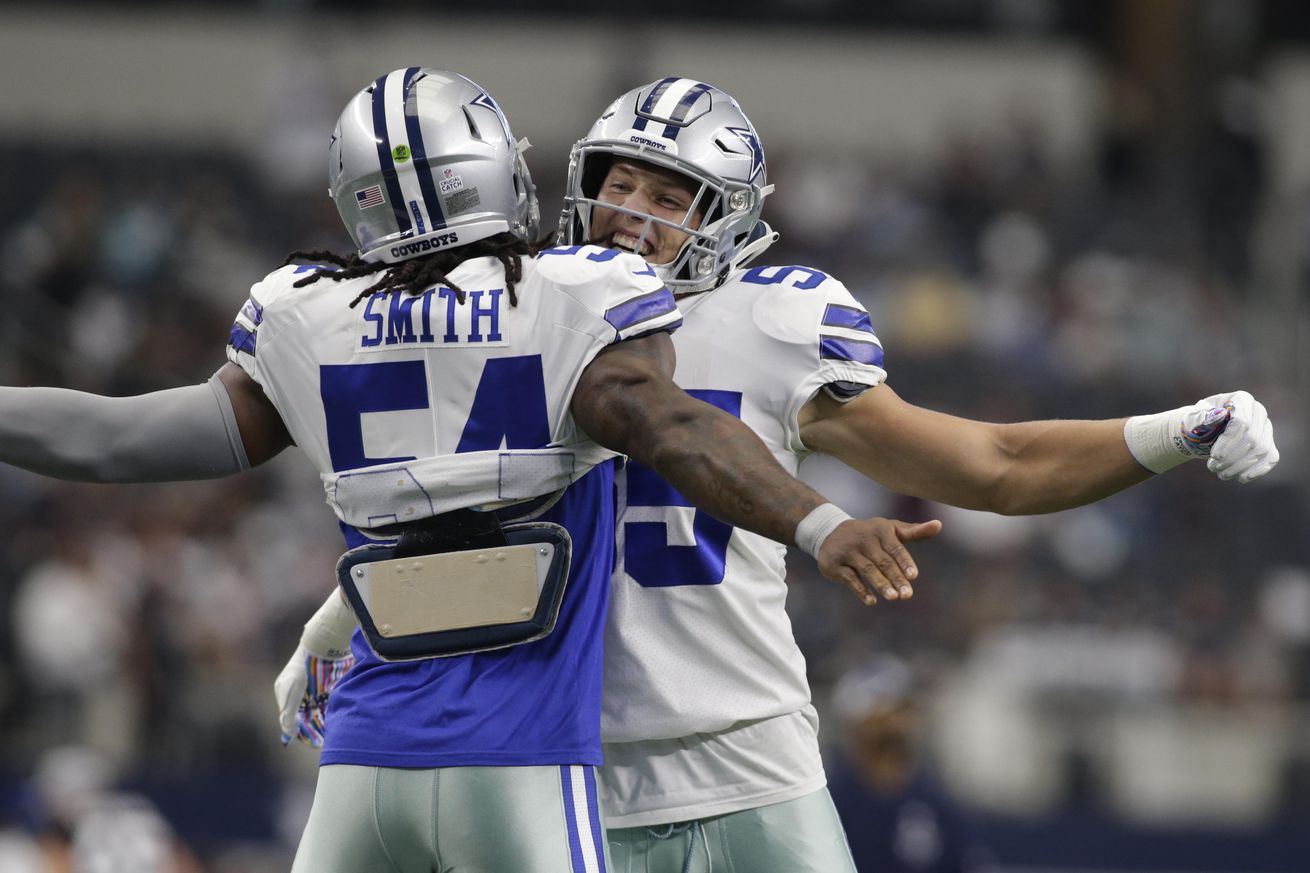 Still a long way to go for the Cowboys, but things have been worse.

Here at Blogging The Boys, we’ve been tracking the Cowboys’ playoff chances since Week 1, undeterred by the steadily decreasing payoff odds, because until the Cowboys are mathematically eliminated from playoff contention, there is still hope.

Especially in the NFC East, where the Giants are tanking for a new quarterback (but messed that up by winning on Monday night), the Eagles have the mother of all Super Bowl hangovers, the Cowboys had to invest a first-round pick to get their receiving corps up to league standards, and the Redskins miraculously lead the division with the second-fewest points scored in the NFC.

The Cowboys are now 4-5, and if they were not playing in the NFC East, the season would likely be over. But they are, and it isn’t.

Just how much hope there is remains up for debate, but as we continue our weekly look at the Cowboys’ playoff odds, today we’re going to look at five different sources for playoff odds.

Since realignment in 2002, when the current divisional format was established, 15 of 102 teams that started the season with a 4-5 record made the playoffs. That’s a 14.7% historical chance of making the playoffs. But that number doesn’t factor in the weak state of the NFC East, which other projections do.

FO considers the strength of the coming opponents (as measured by DVOA) as well as home-field advantage in calculating their playoff odds. The Cowboys are slightly ahead of the Eagles (16.1%) and quite a bit behind the Redskins (74.9%) in the FO numbers.

The calculations here are based on Sagarin ratings which are calculated based on W/L record, points differential, and schedule strength.

But the nifty thing about the Playoff Machine is that it allows you to simulate every game for the rest of the season, which is a gigantic waste of time. So of course I went and did exactly that.

And wouldn’t you believe it, not only did I have the Cowboys finishing 10-6 (being the realist that I am I have them losing to the Saints), but the Playoff Machine spit out this playoff scenario for the Cowboys:

Elo ratings are fairly straight forward in that they estimate each team’s skill level using only the final scores of previous games and the locations of each game. That skill level is translated into a points system where an average team has 1,500 points, and teams usually fluctuate somewhere between 1,300 and 1,700 points. The Cowboys for example are currently ranked 15th overall with 1,525 Elo points.

Those Elo ratings say the Cowboys have about a 1-in-4 chance of making the playoffs.

So there you have it. The playoff odds range from 15% to 35%. But was one win against the Eagles enough to rekindle your playoff hopes?

A New Hope? Sure. But how long before the Empire Strikes Back?