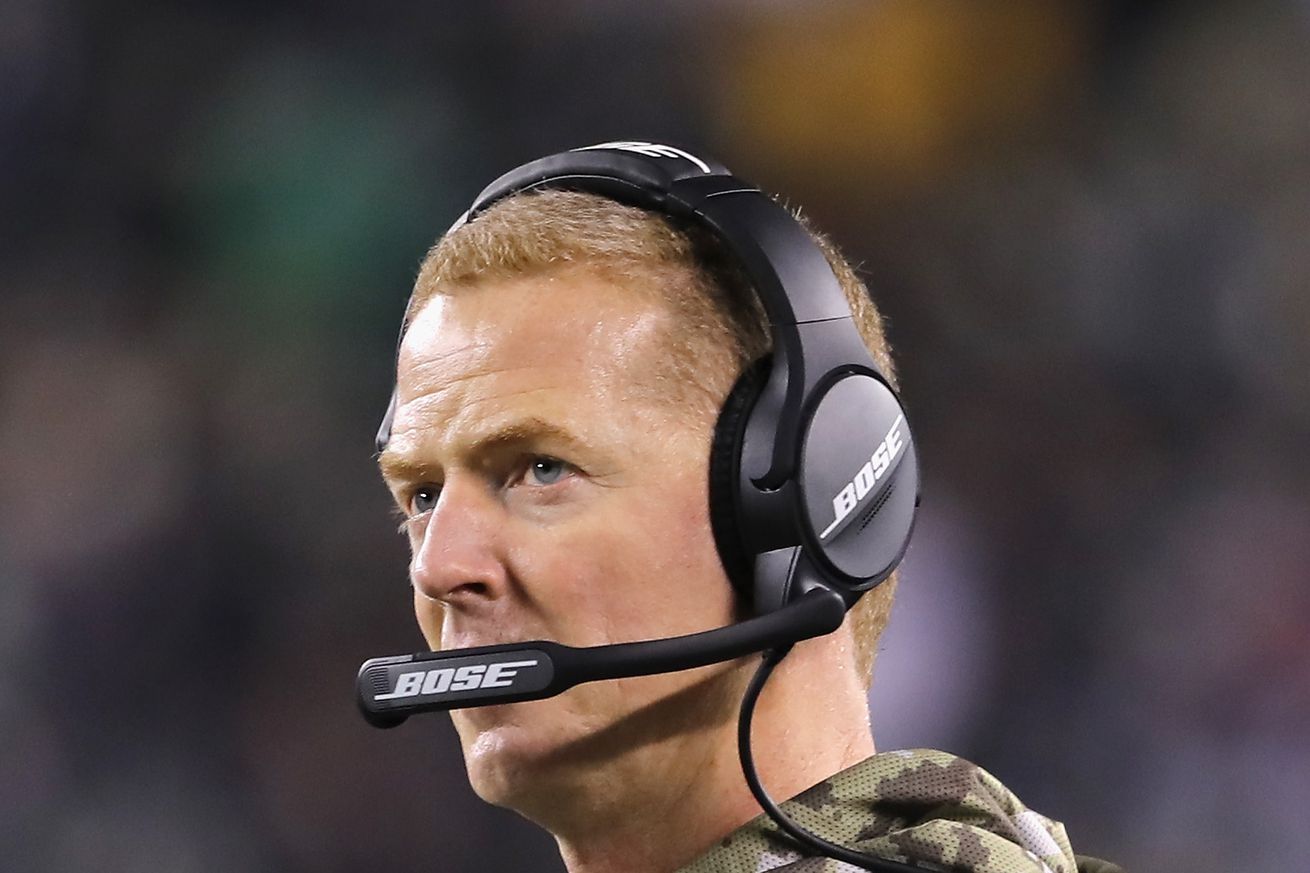 Coach Jason Garrett stepped up to the podium on Thursday and addressed the media about the state of the Cowboys heading into their game with the Atlanta Falcons on Sunday. (All Garrett answers are paraphrased and not actual quotes).

Matt Ryan is a great player

Jason Garrett began the day discussing how great of a quarterback Matt Ryan is. He noted he’s a prolific passer, he can carry the burden alone if the run games is failing, he uses different receivers, just goes about it the right way. Garrett was full of praise for Ryan.

4-5 is plenty motivation for everyone

Ezekiel Elliott mentioned on Wednesday that the Cowboys have a lot of motivation in the form of their record. Jason Garrett emphasized this noting that they need to stay locked in the moment to play their best.

Tyron Smith had spasms waking up on Wednesday

Garrett did say that Smith is moving around better on Thursday but that it was a surprise and they had anticipated him practicing on Wednesday. He noted his back hasn’t been an issue this year until this point.

Coaches and players have responded well to the Marc Colombo move

That’s all Jason Garrett wanted to say about that.

One of the things that the Cowboys loved most about LVE through the draft process is how committed he is to preparation, according to Jason Garrett. The head coach also talked about how Sean Lee serves as a great example for Vander Esch every day and that all of that has helped make for a great environment. He noted that Lee also helps the game of Jaylon Smith.

One of the stars of the season for the Cowboys has been Byron Jones at cornerback. Jason Garrett emphasized that Jones has done a great job at everything they’ve asked him to do so far. He said the Cowboys play a lot of single-high safety and that whether they are in man or zone Jones does a good job of guarding his man, that he’s always around the ball.

The biggest thing with Connor Williams is getting him healthy

Asked if there was a competition at left guard, Jason Garrett kept it close to the vest. He said the biggest thing for the rookie left guard is simply to get healthy right now.

Update on the defensive line injuries

Daniel Ross, David Irving, and Taco Charlton won’t do very much today, Antwaun Woods either, hopefully Maliek Collins can do a little more today. He noted that this has altered the practice routine as those guys also sometimes pull reps on the scout team. He said they’ve had to alternate in some offensive linemen to perform those reps and have had to dial down the intensity a bit.

Cowboys are feeling good about their receivers

Jason Garrett took some time to give some props to every single Cowboys receiver, including Noah Brown and Lance Lenoir. It feels like things are finally settling in to a comfortable degree which is partly why the Cowboys have had success lately.

Jourdan Lewis has a lot of talent

The Cowboys understand that Jourdan Lewis has a lot of elements to his game which is why they’ve experimented with him on offense. Jason Garrett even went back to what Jourdan did at high school to reference the confidence they’ve had in him for a while.