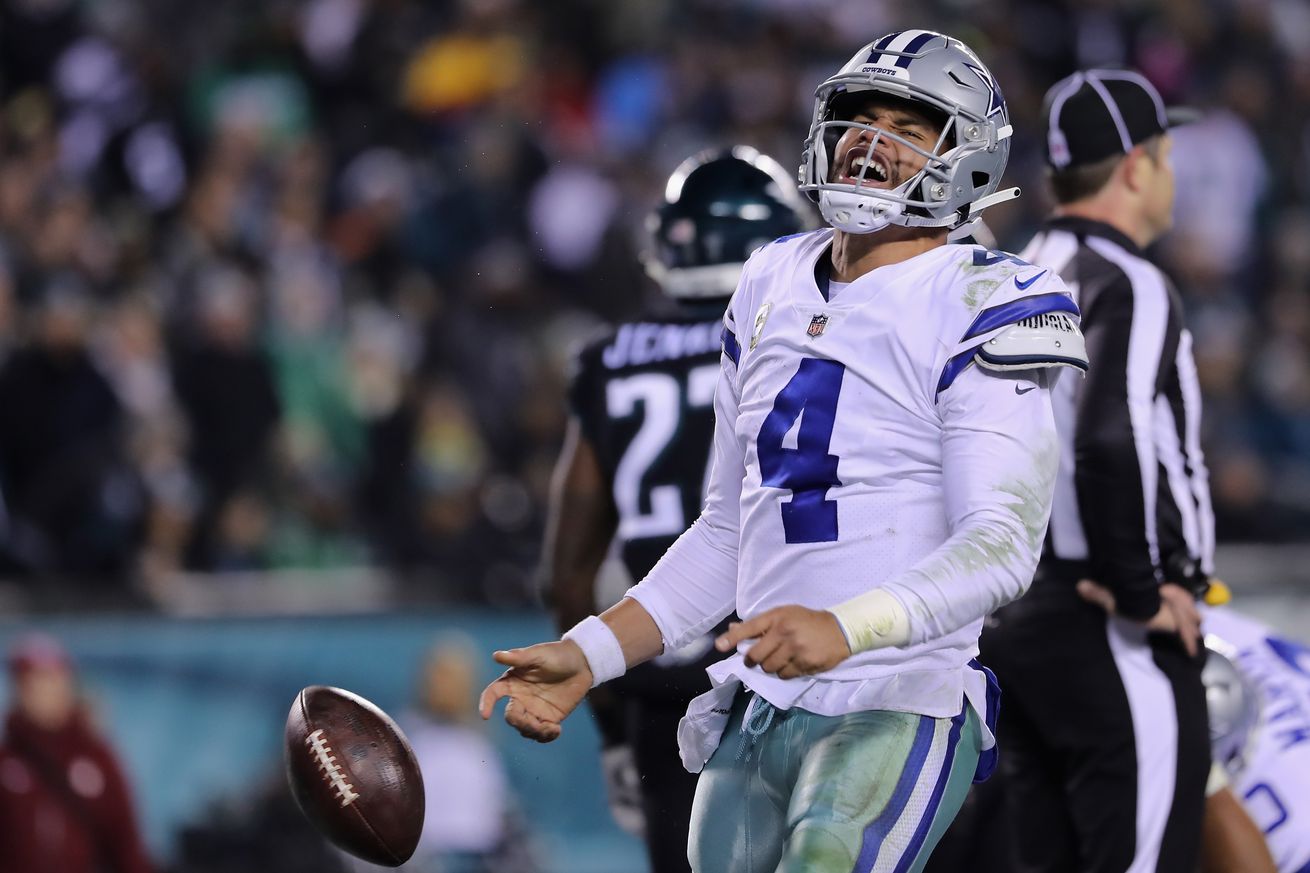 Last year, the Los Angeles Rams took the NFL by storm with first-time head coach and offensive play-caller Sean McVay turning Jared Goff and Todd Gurley into superstars. Suddenly, every down-on-their-luck team wanted the next McVay. So far this season, it seems that the Chicago Bears found theirs in Matt Nagy, who has taken last year’s 5-11 Bears team to an impressive 6-3 start.

While the win over the Eagles may have put a temporary hold on the calls for an overhaul in Dallas, the Cowboys still sit at 4-5 and face an uphill battle to reach the postseason. There are a lot of ways in which the 2018 Dallas Cowboys are incredibly similar to the 2017 Chicago Bears.

For starters, let’s look at the coaching situation. John Fox was a longtime coach who had seen his fair share of success, but was never quite able to capitalize on it. As defensive coordinator for the New York Giants, he helped build a great defense that appeared in the Super Bowl in the 2000 season, but lost to the Ravens. He served as the head coach of the Carolina Panthers for nine seasons. He was fired after an abysmal 2-14 record in 2010, and left the team with a career record of 73-71 with only three playoff appearances, though he did appear in the Super Bowl in 2003.

Fox then took over the Denver Broncos and made the postseason all four years he coached there, reaching the Super Bowl once. He was fired after being unable to get a Super Bowl win with Peyton Manning under center, and found his way to Chicago.

His first year there was a 6-10 record that saw improved play from Jay Cutler, and the hiring of esteemed defensive coordinator Vic Fangio greatly improved the defensive side of things. Fox also managed to sign linebacker Danny Trevathan, who he had coached in Denver and has now become a dominant force for that defense. But losing offensive coordinator Adam Gase in the offseason meant a drop off in offensive game-planning, and the Bears never recovered despite drafting Mitchell Trubisky in 2017, and Fox was fired after three years and a 13-34 overall record.

The issues for the Bears probably sound familiar to Cowboys fans. Their head coach was an old school guy who had found some success with his approach and refused to deviate from it. The offensive coordinator was lacking any and all creativity despite having a raw and athletic young quarterback. This unimaginative gameplan revolved around stubbornly calling runs up the middle for their incredibly talented young running back. The receiving corps left a lot to be desired.

However, the Bears had also built a pretty dominant defense that sometimes kept the team in games, but other times just couldn’t do it all themselves. They had a stacked front seven with guys like Eddie Goldman, Akiem Hicks, Danny Trevathan, and Leonard Floyd. Their secondary was young but loaded with potential. And Fangio was a longtime defensive coordinator who had been instrumental in making the defense as good as it was.

So what did the Bears do? They went out looking for their McVay. They found him in Matt Nagy, the Kansas City Chiefs offensive coordinator. After interviewing plenty of candidates for the job, the Bears settled on Nagy after specifically looking for an offensive-minded head coach who could help develop Trubisky going forward. Nagy’s first line of business after being hired was to chat with Fangio and convince him to stay on as the defensive coordinator. From there, he built an offensive staff of specialists and the front office revamped the receiving corps in free agency and the draft.

Of course, the trade for Khalil Mack also did wonders, but the 2018 Bears were trending up long before that trade even became a possibility. Adding one of the best pass rushers in the league only accelerated the pace at which this team was improving.

In looking at the Cowboys this year, they have a lot of similarities. Jason Garrett is an old school kind of coach who has had some success – both as an offensive coordinator and head coach – but it never materialized into anything meaningful. While he wasn’t known for calling plays, this offense simply hasn’t been the same since Bill Callahan left. Troy Aikman is calling for the whole thing to be torn down. And Kris Richard, while not officially the defensive coordinator, has helped turn this defense into a top five unit with impact players at seemingly every position.

So what can the Cowboys learn from Chicago, and even Los Angeles?

As with the Rams before McVay, Jeff Fisher was yet another old school coach with past success whose stubbornness to innovate on offense eventually outweighed the great defense he had created. The same happened with John Fox. Both franchises looked to hire head coaches who had a plan to mold an offense around not just their great running backs (Todd Gurley and Jordan Howard), but also their young quarterbacks.

This is not to suggest that the Cowboys have to fire Garrett and replace him with an offensive wunderkind who will call plays. In reality, the Cowboys should have two main priorities heading into the offseason: construct an offense that is designed to maximize the talents of both Dak Prescott (yes, that includes his ability as a runner) and Ezekiel Elliott (yes, that includes his ability as a receiver out of the backfield), and retain Kris Richard on this staff with the elevation to the formal title of defensive coordinator.

Truthfully, both of these things can happen with Garrett remaining in his role as head coach, though most fans may not want to hear that. But if Jerry Jones decides he still likes his head coach, he may just force Garrett’s hand in divorcing Linehan. However, if Jones does find himself looking for a new head coach for the first time in a while, there are plenty of qualified candidates out there. Lincoln Riley at Oklahoma will be a name in any head coaching search, and Vikings offensive coordinator John DeFilippo might just be the next “next McVay,” but Titans offensive coordinator Matt LaFleur and Saints assistant head coach and tight ends coach Dan Campbell are other intriguing possibilities. Josh McDaniels’ name will probably come up too, but leaving Indianapolis at the altar last year may have sullied his chances at being the head man anywhere but New England.

I’m getting ahead of myself, though. Garrett is still the head coach and any talk of his replacement is premature at best right now. But the diagnosis of this season is not premature in any way, and regardless of who the Dallas head coach is going into the 2019 offseason, they would do wise to follow the models set by the Rams and Bears, who were in a very similar situation not too long ago but are now among the NFL’s best.