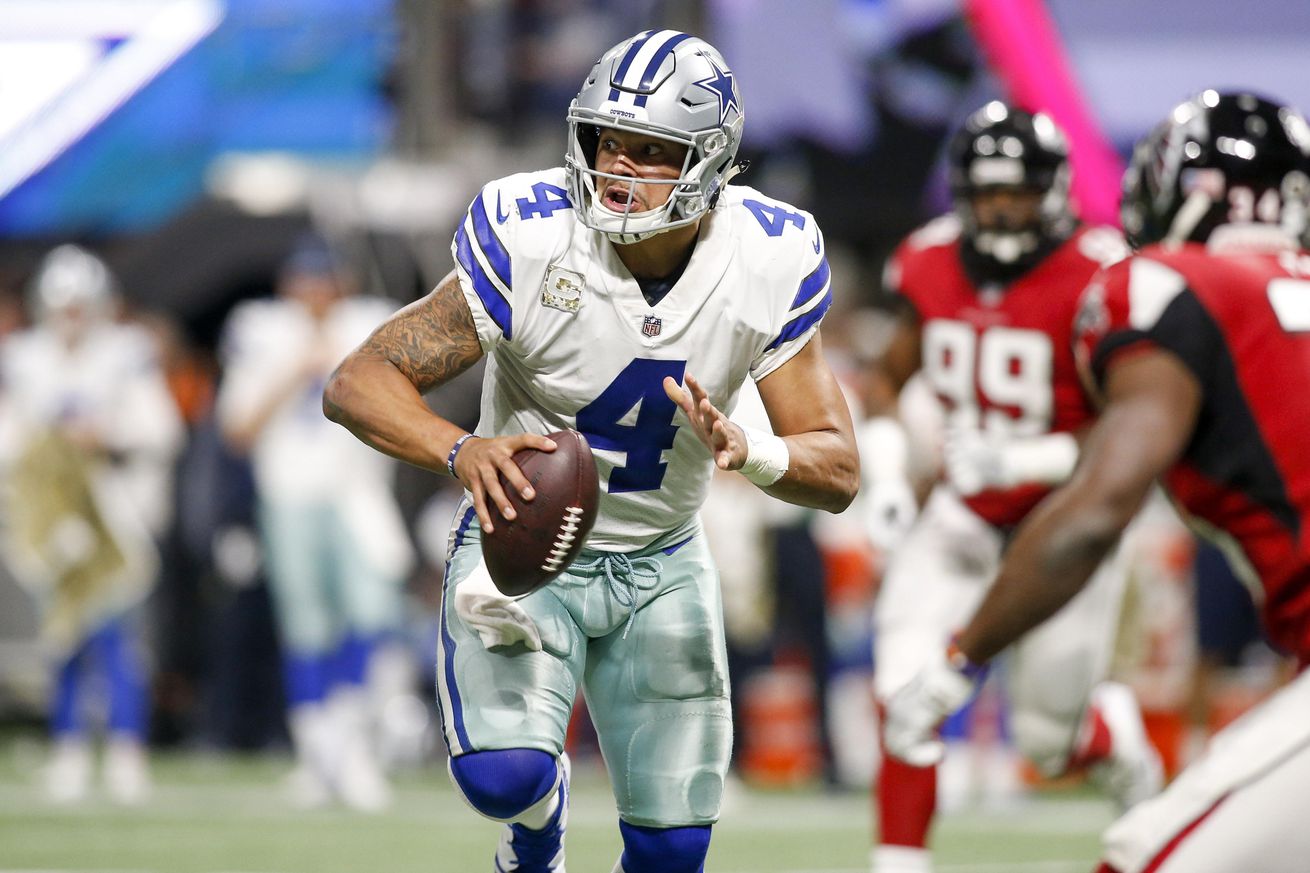 It’s not just about the Cowboys’ W-L record.

We all understand the impact the Dallas Cowboys game against the Atlanta Falcons will have on the standings and the playoff hopes for both teams. Each comes into the game at 4-5, and the winner will have a decent shot at making the postseason, while the loser, though not mathematically eliminated, will pretty much see the end of reasonable hope.

However, there is more going on than just that. Some of my fellow writers and I put down some thoughts about the larger meanings of this game.

Tom Ryle: This game has some real implications for the future of the Dallas franchise. A win could mean that the Jason Garrett era is far from over, and that Scott Linehan may be part of it for a while longer, no matter how much that may rankle us. A loss, of course, would mean that all those calling for firing one or both would just be louder. But given how much a win would say about just how the coaches have adjusted to get out of that pit they dug themselves in the first half of the season, we probably should focus on success rather than failed expectations for Black Monday. Relating to that, I saw a very interesting thing out in the Twitterverse:

I remember hearing about Linehans offense way back when he was w/ Detroit that it was “star-driven” rather than scheme-driven. Addition of Cooper gives them stars at WR and RB, allows scheme to work. https://t.co/CqzTSbRys7

It is an intriguing idea.

And this could also be a big indicator of just where the quarterbacking position is for the Cowboys. Last year’s trip to Atlanta was a major trauma for Dak Prescott. If he can come back from that and help this team get to a win (with, of course, some help from the O line, Ezekiel Elliott, and Amari Cooper), then maybe the fairly widespread disquiet over him can calm a bit. Even in a loss, if he performs well, it could be a good development for the future (although obviously that is not a good thing for the rest of this year). He may be more secure in his job than the coaches, based on what Jerry Jones says, but he has an opportunity to really show that he is up to the task of leading the Cowboys.

DannyPhantom: Do you remember that scene in Kill Bill Vol. 2 where Uma Thurman is buried alive? That is how I feel about this 2018 Cowboys team. I hadn’t realize just how bad things were and how they could’ve let themselves get into this situation. That was the reality and I couldn’t escape it. Fortunately for the Cowboys (and Uma) they have a lot of fight in them and slowly keep pounding away. It’s not quick, and it can be painful at times, but once they can overcome the hard parts, things are going to start flowing for this team. The Atlanta game is nothing more than another punch. How effective it will be remains to be seen, but I’m not going to get too excited one way or another. There’s still a lot of work that remains to be done for this team to breakout and although the Cowboys are running out of air – I still have faith that they have the ability to pull it off. I know many fans don’t think much of Coach Pai Mei and would love to poison his fish heads, but if they keep working at it, this team is going to be deadly. Once Dak can figure out the five point palm exploding heart technique…look out!

Michael Sisemore: I’ve said it on our Brews & The Boys podcast this week, the win over the Eagles was this Cowboys team “statement win” one way or another and it relates to this Falcons game. If the Cowboys can beat Atlanta, it will be a sign that they aren’t ready to fold up on this season, they may even make a nice run at this division. If they lose though, then they are right back where they were and we all need to realize that it was just another one week wonder. Dak Prescott and the Cowboys offense came together and looked about as good as it had all season in Philly. Now, was that just a mirage? The Falcons are 4-5 just like the Cowboys but their offense is as good as any in the NFL, they have weapons on top of weapons for Matt Ryan. It’s going to take a tremendous game from the Cowboys defense, who are about to face their toughest tests of the season over the next stretch of games. This Sunday’s Falcons game will determine the expectations for the rest of the season. This Cowboys team might not find much resistance against Atlanta’s defense but let’s actually see Dallas take advantage of a favorable matchup or two before we talk about them as a contender. The Cowboys won one game against their division rivals with their backs up against the wall but it’s going to take much more to beat the Falcons. If they pull it off over the Falcons, that will be two crucial road wins in the NFC. The Cowboys can’t keep living and dying week-to-week and expect to be in the dance at the end.