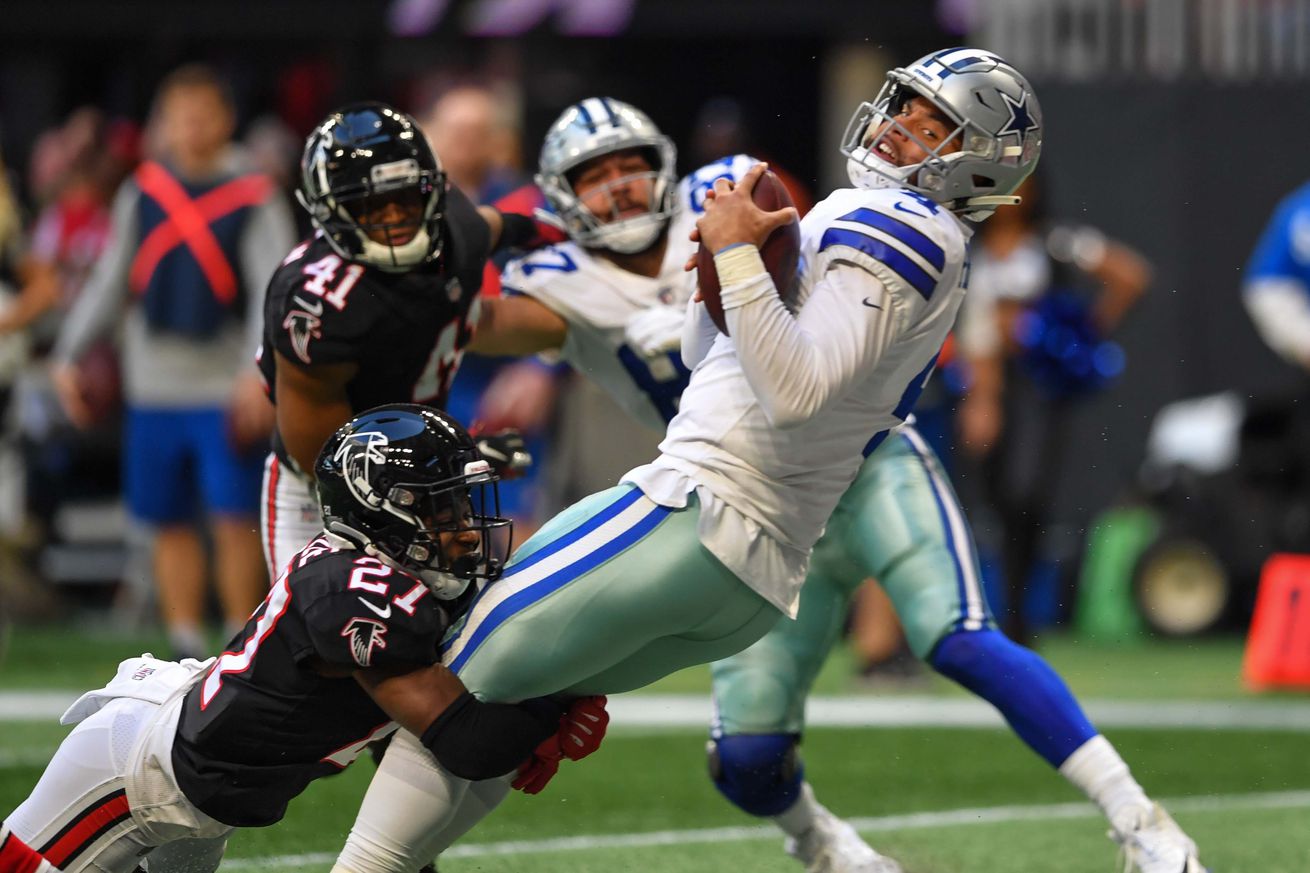 It took half of the season but this offense is finally taking advantage of opportunities presented by the best Cowboys defense in a while.

During the preseason, there was cautious optimism that the Cowboys could have a pretty good defense. Well, ten games into the season, the Cowboys have one of the very best defenses in the NFL, currently third in total defense. The last time the Cowboys ranked higher than third in total defense was in 2009 (second), when Wade Phillips was the head coach. The Cowboys finished that season 11-5 and won their first playoff game in over a decade. Coincidentally, it was the final full year of the Wade Phillips-era, as he would be fired halfway through the 2010 season after they went 1-7.

The way the NFL continues to swing heavily in favor of high-powered offenses, playing sound defense is a lot easier said than done. That’s why you could argue that this Cowboys defense is all the more impressive for its accomplishments. The Cowboys defense has yet to give up 30 points, the Titans came closest at 28. Dallas has held it’s opponent to 20 or below in seven of its ten games. 25 of the 32 NFL offenses average 20 or more points per game. Seven of Dallas’ opponents this season are among the 25 teams to average 20+ points per game. Six of the seven have averaged less than their season average versus this Cowboys defense. The only team to overachieve were the Lions in a 26-22 week four loss to the Cowboys. With a defense that good, why are the Cowboys only .500? It’s because up until recently, the Cowboys offense was wasting the amazing efforts from their counterparts.

In five wins on the year the Dallas offense has averaged 27 points but less than 14 in their five losses. The Cowboys vastly underachieved for half of this season but moves they made are starting to pay dividends. Over the last two weeks, this offense has averaged 24.5 points per game, which would put them in the top-half of the league. It’s not exactly on the level of the Saints, Rams, Steelers, or Chiefs, but it’s certainly a start. Look no further than the combination of a midseason trade for Amari Cooper, the dismissal of Paul Alexander plus promotion of Marc Colombo, and a change to Xavier Su’a-Filo at left guard. It’s not a slight to Connor Williams, he, like many rookie offensive linemen, struggles with strength at the point of attack. There’s no reason not to expect him to earn a starting role again once he spends another offseason in the weight room.

Two wins in a row seems like something so small to be excited about but it’s the way they are winning that warrants the optimism. Thanks to Cooper, the passing offense has improved with every week. Dak Prescott has been the biggest benefactor seeing his passer rating rise from 88.6 through seven games to 96.2 over the last three. His completion percentage improved from 62.3% to 69.6%. Since the bye week, Dak Prescott’s completion percentage is first in the NFC East, fourth in the NFC, and ninth-best in the NFL.

Another huge improvement has been third-down offense where Dallas was among the five worst in the league. In the last three weeks, the Cowboys are the seventh-best, converting 50% of their third downs. There is most definitely a sense of urgency with this 5-5 team but they deserve a little credit for answering the call. Think about it, this offense averaged 1.75 touchdowns per game in the first eight played, that includes the four they scored in a 40-7 rout of Jaguars. It’s only two games but they are averaging 2.5 per game in these last two road victories.

This Cowboys defense has been bringing it since week one with only one bad day at the office against the Titans. The defense is coming off a game in which they held a Falcons offense to its lowest output at home in points (19) and yards (354). Atlanta was averaging over 30 points and over 400 yards in five games at home. That’s pretty hard to do against the league’s leading passer, Matt Ryan, but Dallas dropped his Falcons to 4-6.

For the majority of this season, the Cowboys defense has opened the door, only to watch the offense struggle to step through. The only area in which this defense has struggled to master has been takeaways, they have 10 on the season. On the six takeaways the defense recorded in the first seven games, the offense scored only 13 of a possible 42 points. One touchdown off six takeaways in seven games? They still have room for growth but the Cowboys offense has scored 20 of a possible 28 points in the last three weeks. Slowly but surely, the offense is starting to claw its way out of this slump. Some headstrong individuals admitted mistakes and made alterations that are making immediate impacts.

The potential of this defense was too valuable to waste. All this defense needed was an offense that could meet them halfway and we’re starting to see progress. Two weeks ago, the Cowboys were dead to rights and everyone was getting fired. Now, they have an opportunity to take the lead in the NFC East if they can fend off Washington in their annual Thanksgiving Day game.