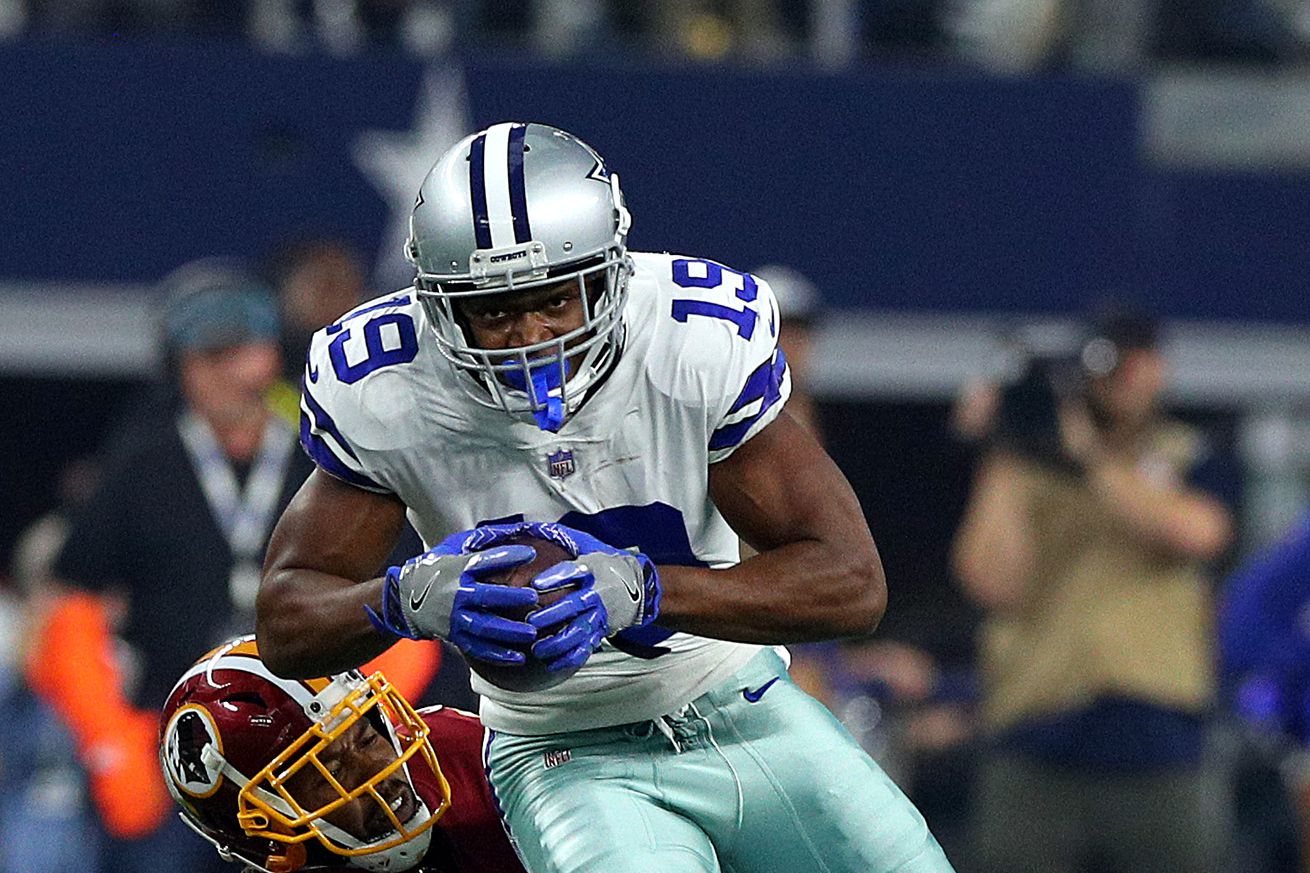 It cost a lot, but the presence of Amari Cooper has rejuvenated Dallas.

For a few weeks we’ve talked more about how Amari Cooper’s presence has opened up the Cowboys offense and allowed Dak Prescott and Ezekiel Elliott to have better games. Attention to Cooper was providing opportunities for others in the offense. Cooper had been contributing his own numbers, but they weren’t anything that stuck out as first-round-draft-pick worthy. On Thanksgiving, that all changed.

Cooper’s stat line was a marvel. Eight receptions on nine targets, 180 yards and two touchdowns. These weren’t ordinary, fade route eight-yard touchdown receptions, either. His first one went for 40 yards, his second one went for 90 yards. That’s just the kind of explosive plays in the passing game that Cowboys have desperately needed.

The Cowboys new receiver turned two ordinary first down receptions into long touchdowns. Besides a few big plays sprinkled in on the season, the Cowboys weren’t getting that kind of production from their wide receivers. In this game, they needed it. The second-best Cowboys receiver on the day in terms of catches was Ezekiel Elliott. Obviously Cooper ate up a lot of the targets but without him this offense would have been totally reliant on Elliott. Dallas has been riding Zeke lately, but if they want to really break out on offense, and put up over 30 points consistently, they needed another weapon. Cooper is that weapon.

Cooper showed the total package on Thanksgiving. We already knew that he’s a master technician at route-running. His ability to move the chains for the Cowboys over the past few weeks has been crucial. On Thanksgiving, he showed the other part of his game. Explosive playmaker. A guy who can turn a 15-yard pass into a long touchdown. Teams have been pushing their safeties up on the Cowboys, they weren’t fearing Dallas going deep. But when Cooper made his catches and got past the first tackler the safeties were nowhere to be found. They were either pushed up toward the line or they were too slow to catch Cooper. This is a new element for the Cowboys, something upcoming defense will have to account for.

A first-round pick was a lot to pay for Cooper, there is no denying that. When the draft comes around in the spring, the organization, and the fans, will feel it. But on a day like this, when the lead in the NFC East was on the line, it’s pretty uncertain if the Cowboys could have won this game without Cooper. If you are in the camp that you try to reach the playoffs in every season that you play (count me 100% in that camp), then the trade makes sense. You never want to mortgage your future, but it’s hard to argue that Cooper isn’t as good or better than anyone coming out in the draft. He’s more costly against the salary cap but you have to pay for quality.

Once you make the playoffs, all kinds of crazy things can happen. Nothing is certain in “the tournament” as Bill Parcells used to call it. Just get there and see what happens. Build a winning culture. That is what the Cowboys are trying to do. Adding Amari Cooper is making it possible.