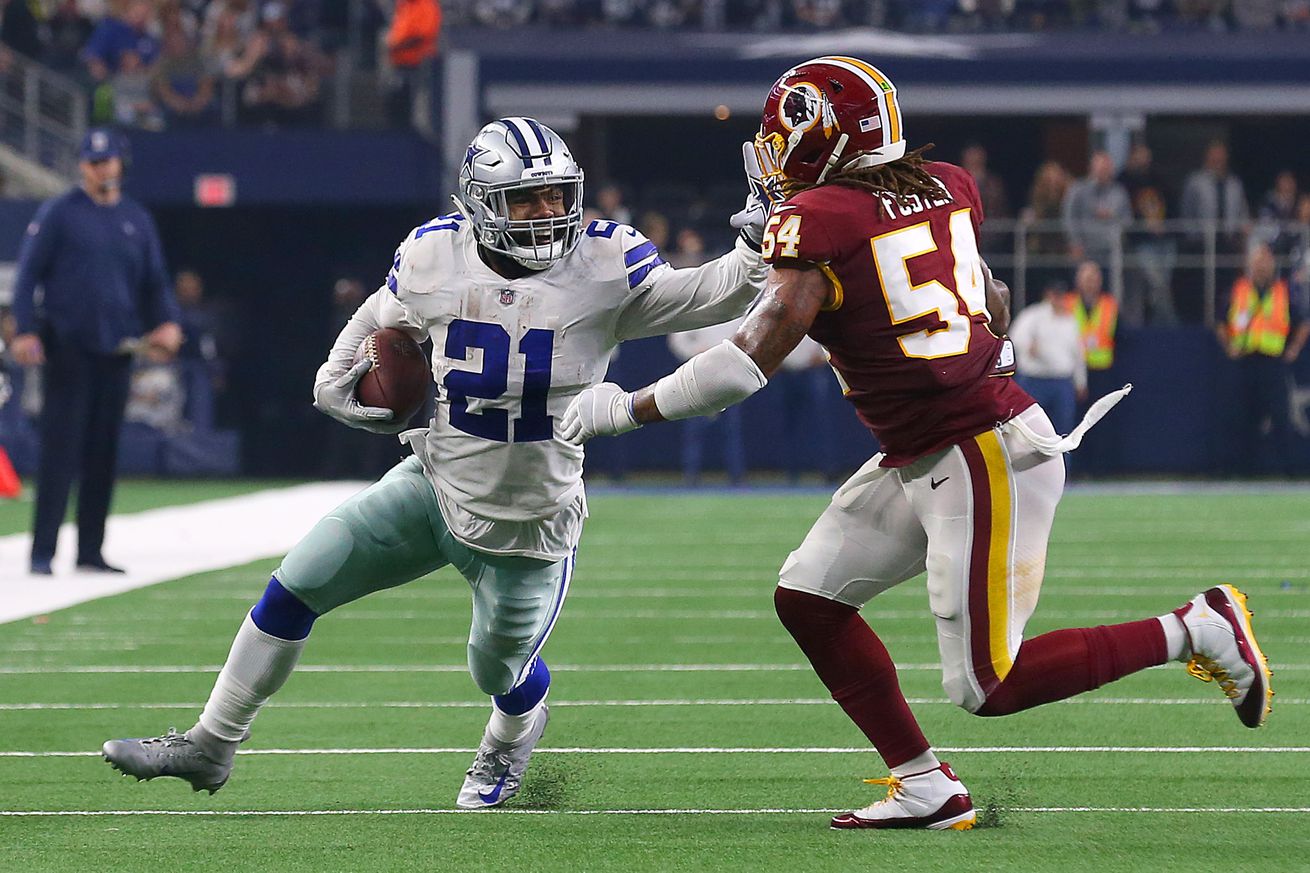 The Cowboys made it a three-game win streak to take the division lead. Which plays had the most impact?

Going into the Thanksgiving Classic with an NFC East lead on the line for both teams following a short rest from Sunday’s slate of games, the Cowboys emerged victorious over the Redskins to improve to 6-5 and take the top spot in the NFC East for the time being. In a game that was looking to be a closely fought matchup, Dallas pulled ahead in the second half to secure their third consecutive win. Here are the five plays that shaped the game.

The Cowboys received the ball to start the game and the offense took the field trying to set the tone. After drawing up a run and a pass, both to Zeke, the Cowboys were quickly faced with their first third down of the game, needing to gain five yards. Taking the snap out of the shotgun, Dak Prescott found Amari Cooper in the middle of the field to pick up seven yards and keep things going.

It may not have seemed like a big moment, but establishing the offense’s ability to convert on third down early on, instead of starting the game three and out, set the tone for this offense and the drive ended with a touchdown run from Elliott that got Dallas on the board first. It also set the tone early on for the Dak-Amari connection, which would end up being huge in this game.

Late in the second half, the Redskins got the ball back down 10-7 and the offense had an opportunity with a minute and a half to either tie the game or take the lead going into halftime. The Redskins started at their own 25-yard line, and after two incomplete passes they faced a third and ten.

McCoy took the snap and was looking for a downfield pass to get the first down, but the pressure was too quick. DeMarcus Lawrence and Tyrone Crawford got to the quarterback and combined forces in bringing him down, which forced Washington to punt and took away any potential for the Redskins to gain momentum heading into the half.

After Amari Cooper’s first big touchdown catch, the Cowboys took a 17-13 lead and the Redskins offense was looking to respond right back with a touchdown of their own. The offense was moving, and after just five plays they were in scoring range at the Dallas 33.

Facing a third and one, the Redskins lined up as if they were going to hand it off to Adrian Peterson, who was getting hot on the drive, and move the chains. A false start from wide receiver Maurice Harris backed them up five yards and led to a third and long instead, and the Redskins failed to convert. Not only did it kill their drive, but it moved them out of field goal range. Three plays later, Cooper took a pass 90 yards to the house to make it a 24-13 game.

DeMarcus Lawrence gets his first career interception at the perfect time

By the time Washington got the ball back after Cooper’s second huge touchdown reception, Colt McCoy had already thrown one heartbreaking interception to kill a promising drive. After a nine-yard run from Adrian Peterson to start the drive, McCoy threw a dump off pass that Lawrence tipped up in the air and then caught in his own hands.

Lawrence then proceeded to run it back 13 yards before celebrating his first career interception. With Dallas already up two scores, the pick set up the Cowboys already inside the red zone and in perfect position to make it a three score game and bury the Redskins before the fourth quarter even began, which they did.

Xavier Woods picks off McCoy to effectively seal the game

Washington got the ball back again, this time down 31-20, and with just five and a half minutes left in the game, McCoy and the offense had to score a touchdown on this drive to have any chance of a comeback.

After three very successful pass plays that largely came as a result of going no-huddle, it seemed as if McCoy was about to come up in the clutch. Instead, on second and five from the Dallas 36, McCoy threw a deep pass for Harris that was intercepted by Xavier Woods. The Cowboys offense would end up going three and out on the ensuing drive and punting, but by the time McCoy took the field again, there were under four minutes left in a game that was effectively over at that point.