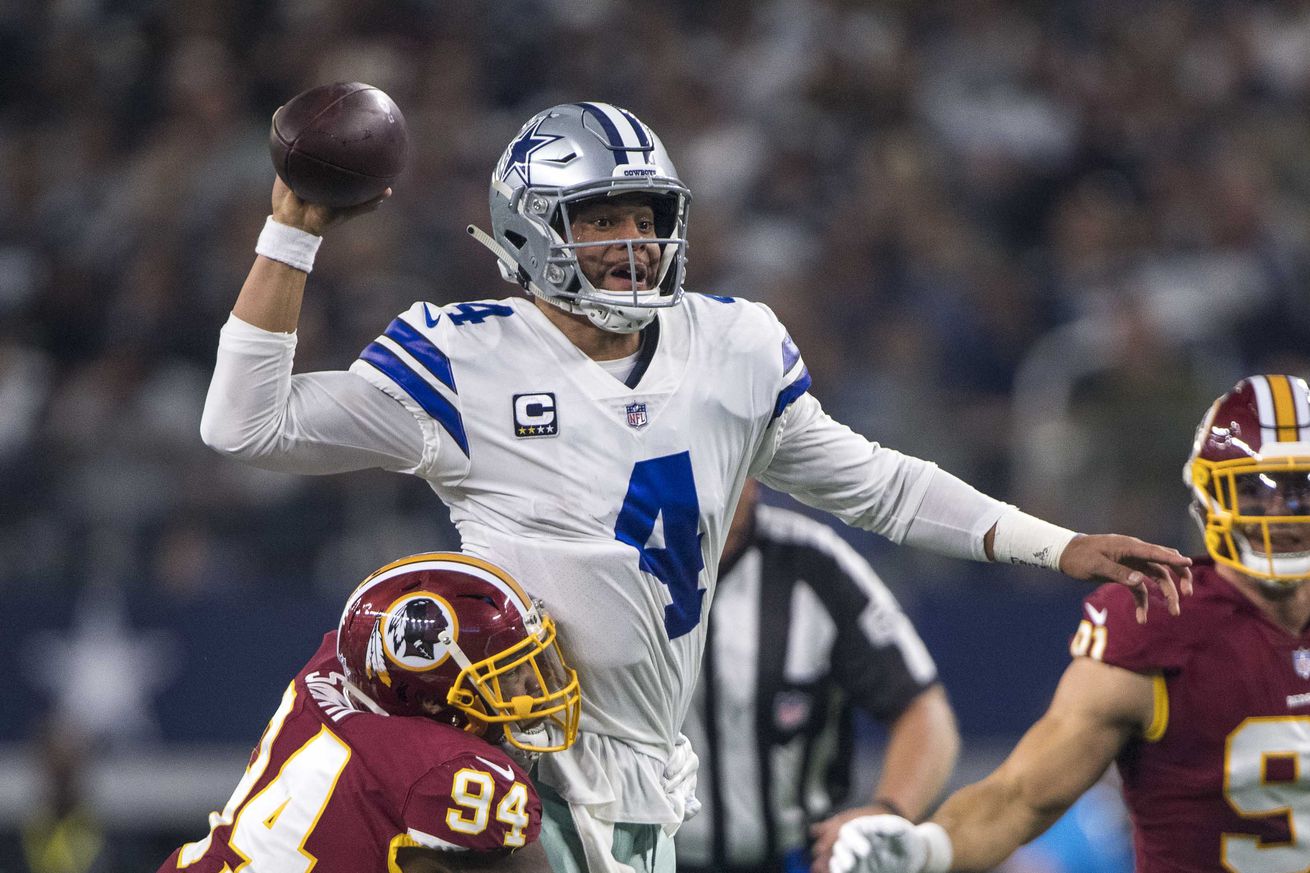 It can happen, but what is it going to take?

The Dallas Cowboys are seven point underdogs heading into their big game against the red-hot New Orleans Saints. Last weekend, we mentioned how if the Cowboys pulled off the win against the Saints, the month of December would have a different feel. A win against the Saints would have the league on notice that this Cowboys team is a group to be reckoned with. NFC East rivals, Philadelphia and Washington, are banking on the Cowboys losing to the Saints in order to keep pace with them. Dallas finishes the season with their last two games against the Tampa Bay Buccaneers and New York Giants, so if teams are going to jump them in the division, they better do it soon.

Beating the Saints would be a huge victory for Dallas, but there aren’t many who feel that’s a real possibility. What is it going to take for the Cowboys to beat them? We took to twitter to see what you thought.

The Dallas Cowboy will beat the New Orleans Saints on Thursday night if….

Here are some of the responses…

Simple, to the point, and part of a balanced breakfast.

If you want to keep the ball out of the hands of the Saints offense, shorten the game and limit possessions. Stringing together some large quantity, clock-chewing drives would help and that would require a heavy dose of Ezekiel Elliott. Wear the Saints defense down.

They control time of possession…..ending the majority those possessions with TD’s

If the Cowboys can finish the possessions off with touchdowns, that would be a perfect recipe for hanging with the Saints.

They can keep Dak Prescott clean in the pocket! ✭

The Cowboys must have a good game from their quarterback and part of doing that will be keeping him upright. With Tyron Smith’s availability in question, it’s very possible that they roll with Cameron Fleming at left tackle, which once again puts three backups starting on the offensive line. With great pass rushers like Cameron Jordan and Sheldon Rankins coming at him, Dak could be in trouble if the offensive line doesn’t hold up.

And Dak gets rattled when he senses pressure, which could lead to mistakes, which brings us to…

The Cowboys win the turnover battle and hold the Saints under 30pts.

Can you believe the Cowboys haven’t allowed any team to score 30 points on them this season. Unfortunately, the Saints aren’t just any team as they are averaging 37 points a game and have hit the 30 mark in nine of their 11 games. That’s inconceivable!

They see anything past midfield (within reason obviously) as fourth down territory. Saints avg 3.79 points per drive. Field goals theoretically lose you almost a point each time you kick one against them. Defense has to stay disciplined in the red zone and on 3rd down https://t.co/TpRhYslPIq

We don’t want to see Brett Maher trot on the field unless it’s for extra points. Settling for field goals is a sure fire way to come up short against a high-powered offense like the Saints. The offense has to do their part and their part involves scoring a lot of points. Jason Garrett wants his team to fight, well he can set a good example with some aggressive fourth-down decisions to let them know they are in it to win it.

Cover the middle of the field

We can’t let those WRs, TEs run open over the middle, they’re going to try and get Wilson in coverage. Look for 41 to run a lot of wheel routes… they will give us a heavy dose of 41 as a receiver. 25 has to play well. Expect 27 to get snaps too https://t.co/jHhpY8gBw0

When the Cowboys defense has struggled this season and given up big plays, it’s typically came from a breakdown in communication where a player is left uncovered down the middle of the field. The defense gave up a lot of yards to Zach Ertz as well as the Redskins tight ends Jordan Reed and Vernon Davis. Each time, it looks as if someone is late to their assignment, allowing a receiving target to roam freely. And if that open target is Alvin Kamara, look out. He gone.

What to you think needs to happen for the Cowboys to come out on top Thursday night?