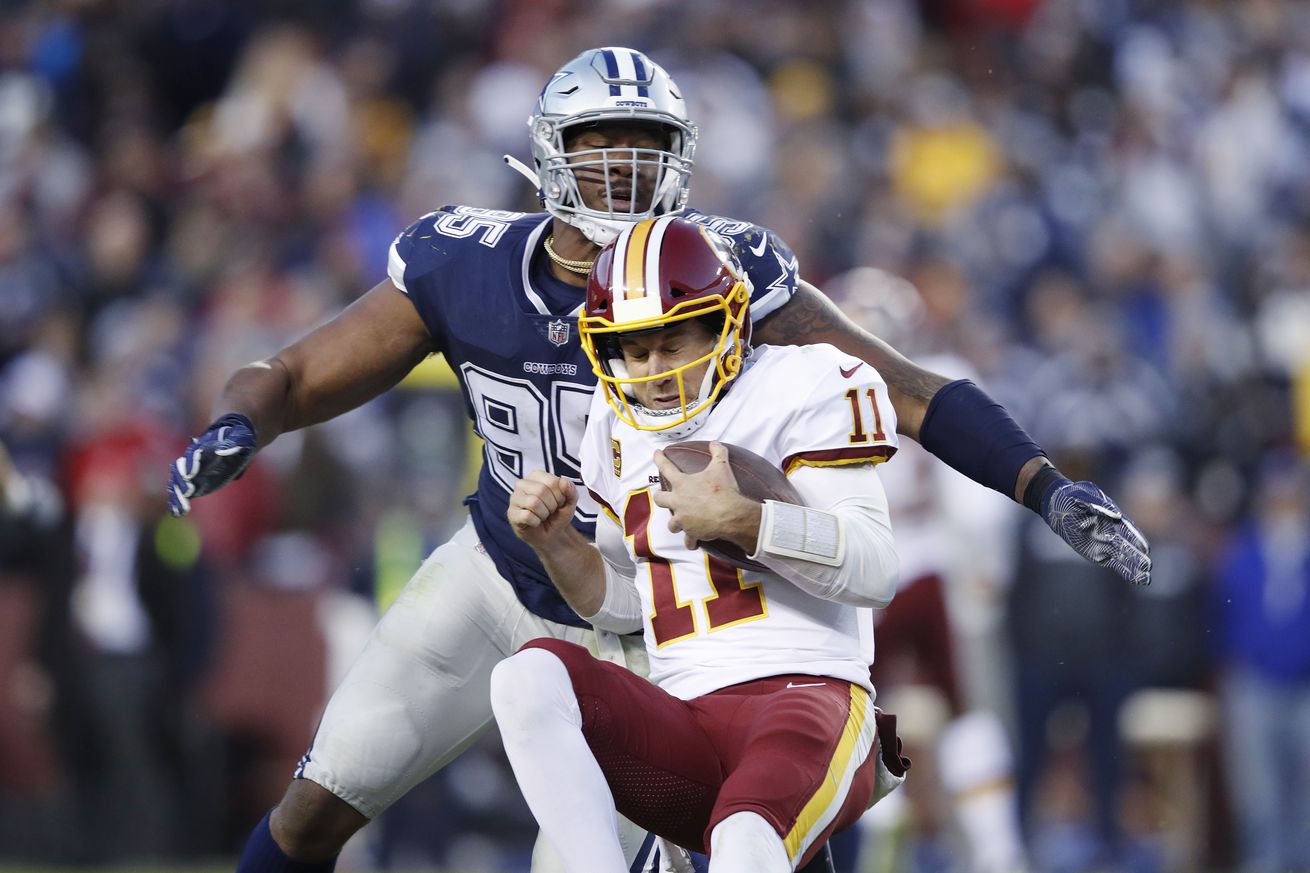 The Cowboys have some serious talent in the trainer’s room, but some of them should return soon.

Unlike the 2017 season, when the Dallas Cowboys folded after a few injuries and one suspension, the 2018 bunch has proven to be resilient. The Cowboys are currently on a four-game win streak and are looking like a real threat in the NFC, and they’ve done it without Tyron Smith for two games, without Sean Lee and David Irving for the four-game stretch, and without a few other pieces that could have helped. The difference between how this team navigated the injury situation compared to last year’s team is stark.

Now, they look like they might be getting some of those pieces back. In some cases, it’s not a moment too soon, in others, the Cowboys will have to get creative about how to use those returning players.

The hope is that Smith will return this week to take on the Eagles. In typical Jason Garrett speak, we get this:

“We’re hopeful he’s going to be able to practice next week,” Garrett said. “We’ll just see how he does here over the next few days, and hopefully as we get going with our first regular practice on Wednesday, hopefully he’ll be out there. But again, we’ll take it day-by-day.”

Not much there, but considering Smith went through pre-game warmups on Thursday and was a game-time decision, there is real hope he will be back for Sunday. Fortunately for Dallas, the signing of free agent Cam Fleming paid off as the Cowboys were able to continue to win in Smith’s absence although the offensive line as a whole was pretty leaky against the Saints. They could really use their All-Pro left tackle back in the trenches. If healthy, this one is a no-brainer as Smith goes right into the starting lineup.

There was some momentum toward Lee returning this week to face the Eagles. But it’s not a sure thing as there was a report he may not be ready. Last year, Lee’s absence was a death knell for the defense. This year? Leighton Vander Esch. The Cowboys rookie linebacker has exploded onto the scene and combined with Jaylon Smith they in the conversation as the best inside linebcking duo in the league.

This one is going to be tricky when Lee does return. It would be malpractice for the Cowboys to take away snaps from LVE for Lee, even with all the respect the team has for Lee. The defense is on fire right now and if you muck around with that and things turn bad, then someone should get fired. If Sean Lee could have stayed healthy in his career, he would have been one of the Cowboys greats. But he couldn’t, and at this point LVE is the future. Lee needs to either be a sub to give the main linebackers a blow on occasion, or they need to move him into Damien Wilson’s spot if they think his skill-set is a fit. Otherwise, even if Lee is healthy, it has to remain the LVE-Smith show at linebacker.

There is some thought that Irving might be able to return to practice this week, although nothing has been confirmed. Irving also has issues off the field that are holding him back. Counting on Irving in the lineup is never a sure-thing, but the Cowboys could certainly use his presence although his absence hasn’t been as glaring as previously thought. The work of Maliek Collins (when healthy) plus the “no-name gang” of Antwaun Woods, Daniel Ross and Caraun Reid has bee a revelation. The pressure that group generated against Drew Brees was a real factor in the win over the Saints. Dallas has also been solid against the run this year, and the defensive tackles play a big role in that.

Still, Irving can be a game-wrecker when he plays. There is no doubt the Cowboys would like to have his talent on the field for the rest of the year. If Irving is available, they need to play him on passing downs at the minimum until he works into game shape.

Remember him? Early on during this season, he was the one real weapon at receiver the Cowboys had that could make explosive plays even if he was very inconsistent. He at least had the speed to make defenders respect the deep ball. But everything at receiver has to be evaluated in a post-Amari context. So even if Austin is close to a return (Jerry Jones believes he will be real close to a return against Philadelphia), how does he fit into this new world on the Cowboys offense?

Now that they have a solid rotation of Amari Cooper, Michael Gallup and Cole Beasley (as long as Beasley’s foot injury doesn’t keep him out), maybe they use Austin in the role he’s best at and that’s a hybrid receiver/runner. They can still employ him on the jet sweep, but getting him a couple of screens, and hand-off or two out of the backfield, and other plays to let him work in the open field would be beneficial. They can also pair him deep with Gallup to put pressure on the safeties of a defense and open the middle for Beasley and Cooper. Integrating a guy with his speed into the offense would be a boost, especially since he wouldn’t have to be counted on as a “main” receiver.

Tyron Smith, Sean Lee, David Irving and Tavon Austin. That is a hugely talented group of players to work back into the Cowboys lineup. As hot as the Cowboys are now, they could get better with some of these guys returning.

At some point, maybe, the Cowboys will get Geoff Swaim back. That is a loss that isn’t talked about much but Swaim was really starting to progress into someone that could be counted on to help the team on a weekly basis.

Additionally, there is one other consideration. At guard, Xavier Su’a-Filo has been playing for the injured-but-now-healthy Connor Williams. Initially Su’a-Filo’s work was very good, but he’s had some rough patches lately, some of which may be associated with the ankle injury he’s been fighting through. Su’a-Filo was an afterthought this offseason, and when the Cowboys signed him not much was expected given his track record of so-so to bad play with the Texans. Is he regressing to his regular play? Should the Cowboys give Williams a shot at his old position? Something worth keeping an eye on.