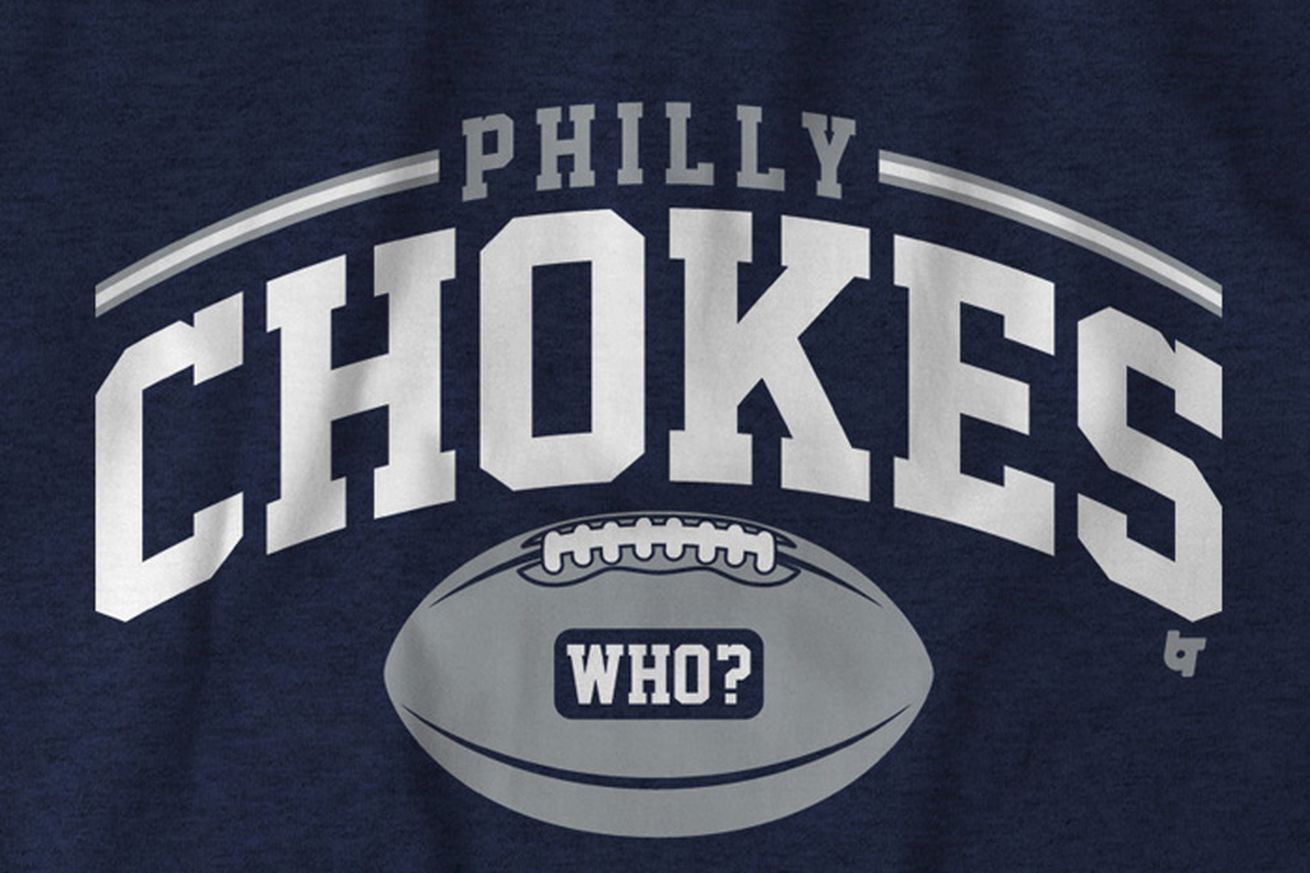 Before the Philadelphia Eagles ventured to Dallas for a matchup against the Cowboys that would define their season, they decided to do a little bit of trash talking.

You’re likely aware of Eagles linebacker Kamu Grugier-Hill and that he said the Cowboys are known for choking. Well as fate would have it, it was the Eagles who choked. They choked away their season and will likely be watching the playoffs from home.

Since it’s the holiday season and because this win was so incredible, we decided to hit up our partners at BreakingT for a special t-shirt to commemorate Philadelphia’s ineptitude. Here is the official “Philly Chokes” t-shirt from Blogging The Boys. GET YOURS HERE!

Shirts are $26 and range from sizes small to triple extra large. As mentioned the holiday season is indeed upon us so BreakingT has some promotions if you want to take advantage when scoring your reminder that the Eagles choked.

Here are BreakingT’s promotional codes for the holidays if your order meets the criteria.

This is one of those games that we’re going to remember forever. Dak Prescott threw for more yards than any Dallas Cowboys quarterback in a win while setting career highs, Amari Cooper hauled in three touchdowns including the epic game-winner, and the Dallas Cowboys ended the Philadelphia Eagles season.

It’s only fitting that we memorialize it properly. Philly chokes!