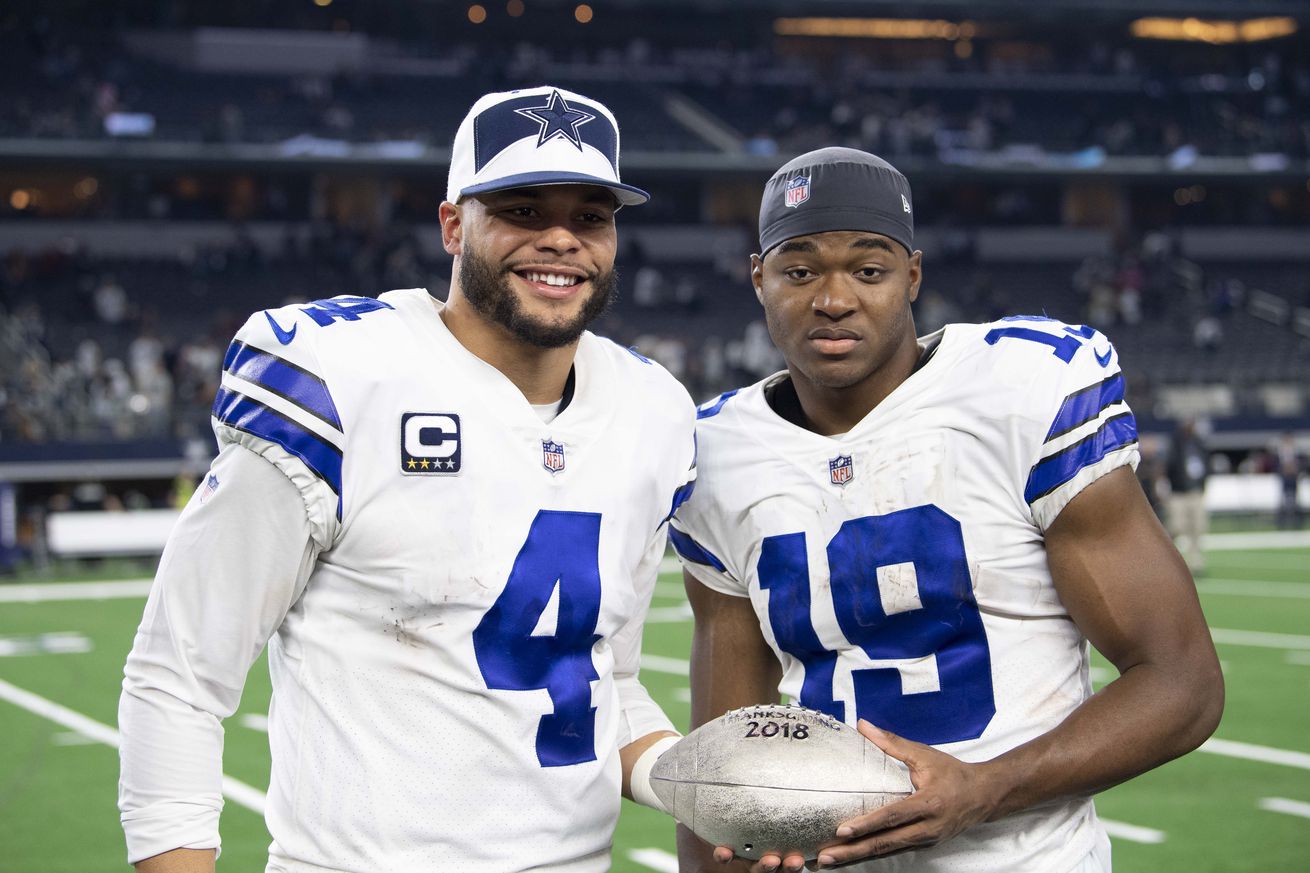 Taking a look at the Cowboys QB during the five-game win streak.

Dak Prescott is one of the more heavily scrutinized quarterbacks in the National Football League. It comes with the territory of playing the quarterback position for one of the most iconic and recognized brands in all of sports and performing in the national spotlight nearly every week.

While Prescott is far from a finished product, the former fourth-round pick appears to be picking up his play from where it was prior to the 2017 Falcons game — a game that Prescott was feeling the effects from as early as the first-half of this season.

But, with his partner in crime Ezekiel Elliott back, a revamped wide receiver corps, and regained confidence that we haven’t seen in quite some time, Dakota Prescott is reminding people why he was the NFL’s Offensive Rookie of the Year.

Dak’s performance against the Eagles was record-setting.

Sunday’s game was the Cowboys’ season in a nutshell: an ugly performance in which the offense failed to capitalize until their backs were against the wall and the team pulled out the win. It was a roller coaster of a game, going from a slug-fest to a shootout as soon as the clock switched from the third quarter to the fourth frame.

Dak Prescott in the 4th quarter and overtime:

Prescott’s 445 yard day was the most ever by a Cowboys signal caller in a game in which Dallas came out on the winning side, as noted by BTB’s own RJ Ochoa. Only Tony Romo (506) and Don Meredith (460) threw for more yards in a single game in franchise history.

The quarterback missed a sure-touchdown to Michael Gallup, but he made up for it with a pair of dimes to Amari Cooper.

Amari Cooper has been everything that Dak Prescott has needed.

Everyone heard the noise of how the Cowboys overpaid for Amari Cooper when they sent their 2019 first-round draft choice in exchange for the Pro Bowl wide receiver who happens to only be 24 years of age.

Cooper is known for his route-running ability, a trait that helped him land in the top-5 of the 2015 NFL Draft. The Alabama product has a high football IQ and understands how to sell his routes in order to get open. Prior to the acquisition of Cooper, the Cowboys, with the exception of Cole Beasley, appeared to have trouble creating separation. It was no coincidence that Cooper was among the league leader’s of yards per separation at the time of the deal.

Dak has immediately created a connection with the young receiver, as Cooper has been a huge weapon in the passing game. Coop has not only proven to be a consistent and reliable target, the budding star has also shown that he is capable of taking over games — versus Washington on Thanksgiving Day and the Eagles this past Sunday.

The Dak-to-Amari connection has the Cowboys at the top of the league in third-down conversions, a stat that has been a huge correlation in the Cowboys turning its season around.

And the trend continues: (43) Nobody else has more than 36. Cowboys 2nd in league in 3rd down % since trade, too. They have destroyed 3rd downs for 6 straight games. https://t.co/u43ol0j7Zi

Yes, you read that right. Dak Prescott, the one who struggled to hit 200 yards through the air during his slump from the last-half of last season to the first-half of this season, leads the entire NFC — the same conference that features the likes of Aaron Rodgers, Russell Wilson, Drew Brees, and Jared Goff — in passing yardage during the last five weeks, all of which have been Cowboys wins.

Should I say it? I think I should say it. I’m gonna say it.

Dak Prescott is first in the NFC and third in the NFL in passing yards over the last five games.

Perhaps as impressive as that, Prescott is third in the entire league in the same category over the same time period.

It’s not because of dinking and dunking, either.

While it helps to have a player like Amari Cooper who can do damage after the catch, Prescott is doing some damage on the length of his throws Nobody in the NFC has more touchdown passes of 40+ yards than the third-year signal caller in Dallas.

Dak Prescott is tied with Jared Goff and Ryan Fitzpatrick for the NFC lead with five touchdown passes of 40+ yards.

Dak shows up in November and December.

Last but not least, Dak Prescott has proven to be a clutch performer during his three seasons in the NFL. Prescott has also shown that he can win when the calendar turns to November.

Cowboys clinch the NFC East with a victory on the road against the Colts next week. Dak Prescott is 8-2 in his career in November and December road games.

His career record in the second half of the season improved to 15-6 today.

We all know about 2016, but even when factoring a less-than-ideal finish to the 2017 season, Prescott has an impressive winning percentage in the last two months of the regular season — when winning is as important as ever.

He is also pretty good when the game is on the line, too.

The Cowboys are well on their way to a third consecutive winning season with Prescott at the helm.