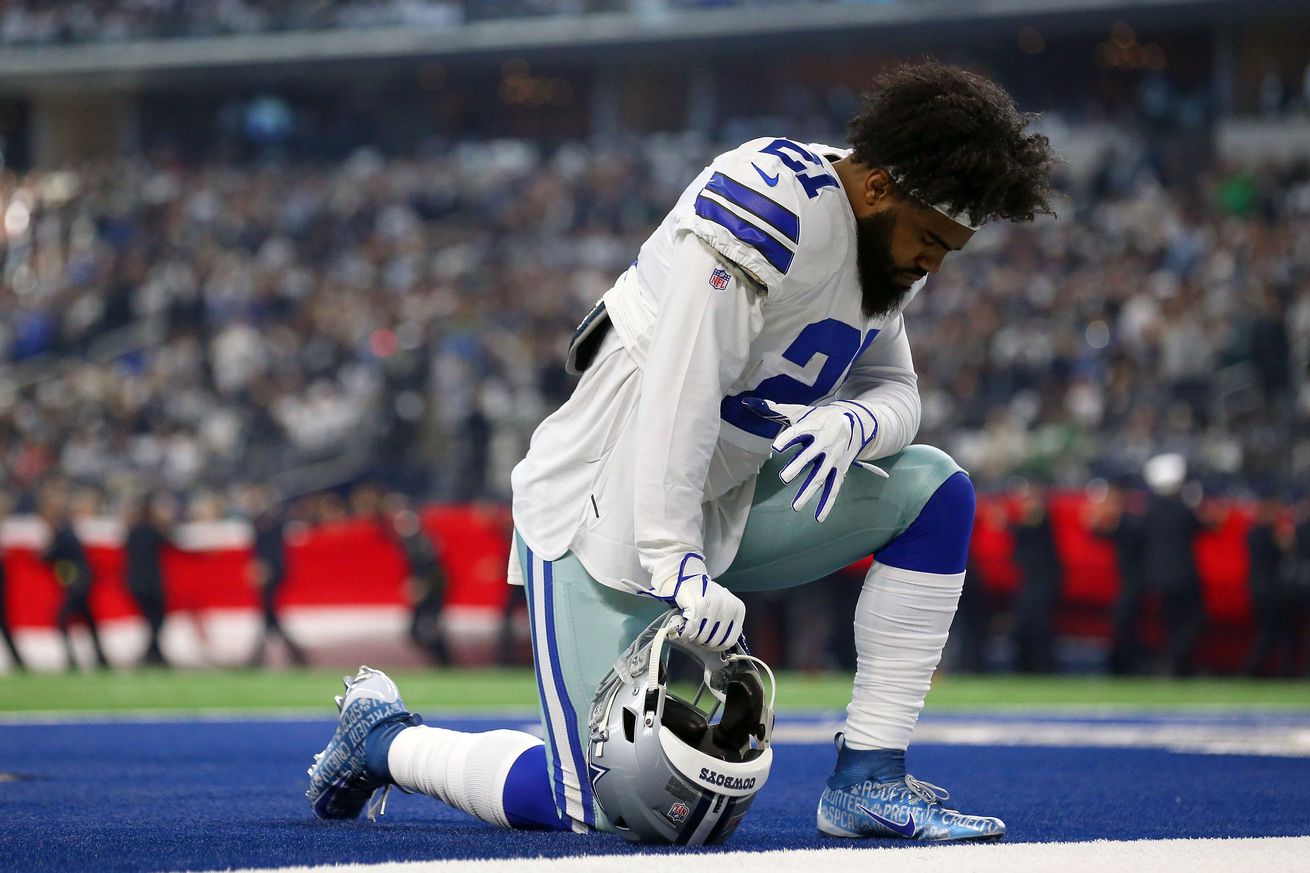 You want to peak at the right time, and the Cowboys are peaking.

For each of the last five weeks now we’ve gotten to celebrate a Dallas Cowboys victory. That’s pretty neat.

Dallas is one more win away from securing their third division title in five seasons. It’s hard to be upset with production like that which is why so many Christmas trees are blue and silver this season as opposed to red and green (silly Redskins and Eagles).

Watching what happened on Thursday Night Football, an old football-ism was floating through my mind. Who is the hottest team in the NFL right now?

How “hot” a team is isn’t really measurable

This is a subjective process, but it’s a fun one to talk about out loud. I’m a firm believer in the idea of getting hot at the right time, peaking too early, and all the like… both ideas were somewhat on display between the Los Angeles Chargers and Kansas City Chiefs on TNF.

Kansas City struggled to beat the Baltimore Ravens last week (granted they have some off-the-field things that have influenced their team) and lost on Thursday night. The Chargers on the other hand are now even with the Chiefs as far as records are concerned, and they’re “hotter” than ever. If you’re going to be hot don’t you want to be hot (or heating up at least) as the playoffs are approaching? Catching fire in September doesn’t exactly translate into postseason success.

The Cowboys are definitely hot and might be hotter than anyone

In case you didn’t realize it, the Cowboys have the longest winning streak in the NFL. Their last five wins include victories over the last two NFC Champions and includes a season sweep of the reigning Super Bowl champs, plus a shock-the-world conquest against the New Orleans Saints. Who is hotter than that?

The Chiefs are sputtering a bit as mentioned, although obviously they aren’t a team to be counted out. Los Angeles’ other squad (how often have the Rams been referred to as that?) is coming off of a loss in Chicago on primetime. Maybe those Bears would be in consideration for the hottest team in the league but they’re just two weeks removed from losing to the New York Giants of all teams.

Dallas is heating up and is starting to really find its identity. Dak Prescott was just named the FedEx Air NFL Player of the Week for his career day against Philadelphia, and he wasn’t even the only Cowboy to have the best performance of their professional life against the Eagles. Amari Cooper had career highs in yards and touchdowns, Ezekiel Elliott had more catches in a game than he ever has (with 40 total touches!), and Brett Maher set a franchise record with a 62-yard field goal! Everything is happening!

Heat is so necessary this time of year as its colder outside, any meteorologist can tell you that; however, not just anyone can impart to you how important high temperatures are for your favorite football team because it’s so impossible to calculate. That being said, are the Cowboys the hottest team in the NFL these days? The projected high in Indianapolis this Sunday is 47 degrees, hopefully they’re hot enough to make that not matter.