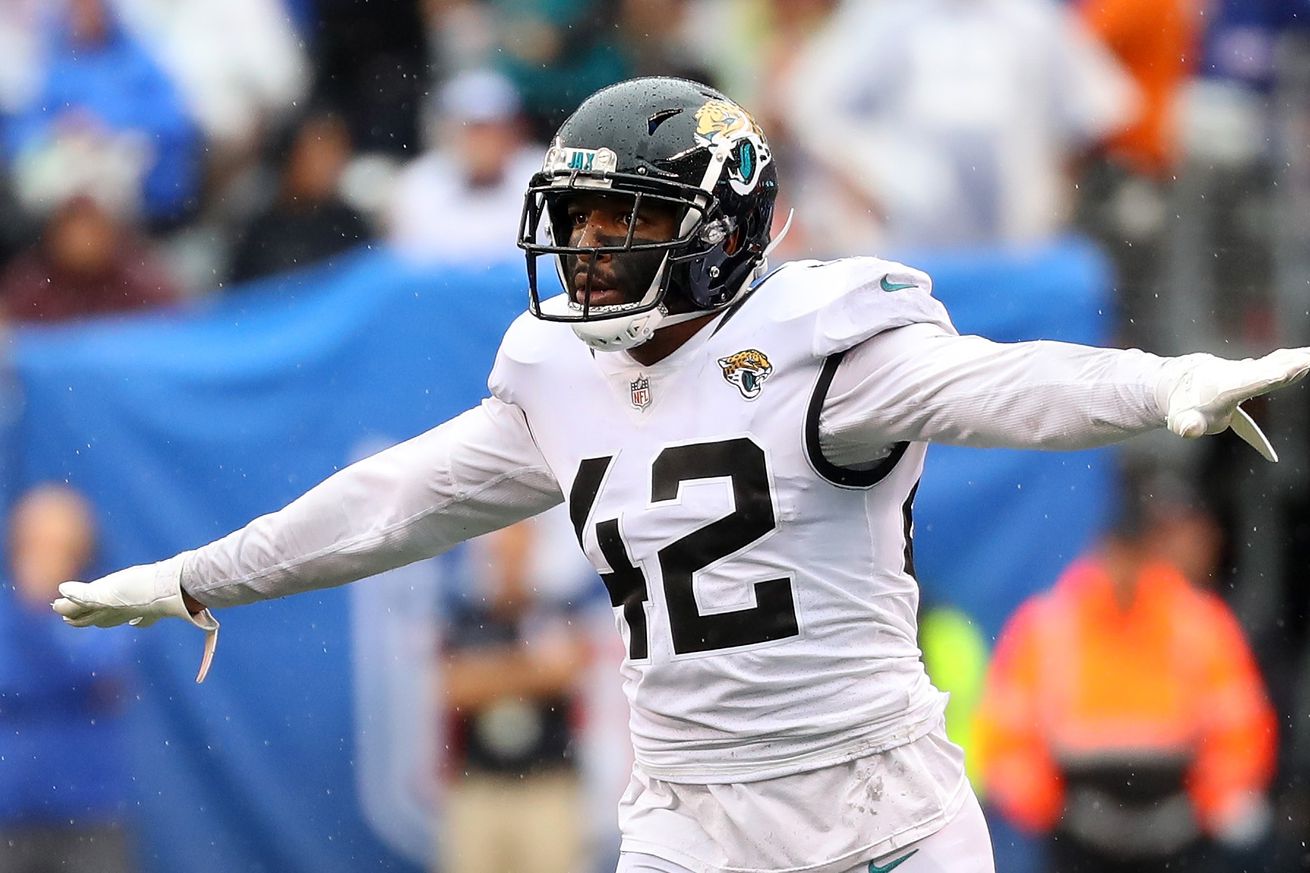 Is adding a little depth to the roster a good idea for Dallas?

The Jacksonville Jaguars made a somewhat surprising move on Friday by cutting Barry Church. Cowboys fans definitely remember Church, who played some of his best football in Dallas and was a team captain for quite some time. After the 2016 season, though, Church’s contract was up and he signed a four-year, $26-million deal with the Jaguars. He played an integral role in taking the Jacksonville defense to the elite level last year, but as he approaches his 31st birthday, Church’s play has declined in 2018, as has the rest of the Jaguars squad, which led to the decision to move on by the Jaguars.

Of course, when a former Dallas player is released, there is always the question about a possible reunion. So, we’ll play along.

With Dallas enjoying their own elite defense this year, featuring solid if not amazing play from safeties Xavier Woods and Jeff Heath, a reunion here wouldn’t be based on getting Church into the starting lineup. Rather, this would have more to do with the leadership/experience he can bring to the locker room and as insurance for an injury. As mentioned, he was a team captain in Dallas, and he knows the scheme. He has experience with Rod Marinelli and Jacksonville also runs a similar scheme to what Kris Richard has implemented here, so from that standpoint he’d be a good fit.

Additionally, Church has the kind of playoff experience that very few players on this roster have. Church, whose rookie year in Dallas was the year Jason Garrett became the interim head coach, was there for both of the Cowboys’ playoff appearances under Garrett. More than that, Church’s Jaguars went on a deep playoff run last season, reaching the AFC championship game and entering the fourth quarter with a lead over the eventual winner New England Patriots. Church has seen firsthand what it takes to make a playoff push, and that kind of experience could be very valuable.

On the other hand, Church made headlines earlier this season for his role in an incident wherein he and three other Jaguars players were arrested for an altercation in a nightclub when the team was in London for a game. They were all released hours later with no charges, and Church took full responsibility for his actions while calling it a “misunderstanding.” But it is still a bit of a question mark, despite the fact that Church was a model teammate during his time in Dallas. Still, the Cowboys are at least considering it, according to Jane Slater.

Cowboys haven’t reached out to S Barry Church but I’m told they are discussing the possibility of bringing him back to Dallas according to a source informed. Church, 30, was released by the Jags today and is familiar with the system having played there from 2010-2016.

If no one claims him in 24 hours Dallas could negotiate with him or put in a waiver claim now and see where the chips fall. They would be somewhere in the 20’s for a chance at him. Team with worst record gets the first shot to close.

What do you think? Are you ready to go back to Church?