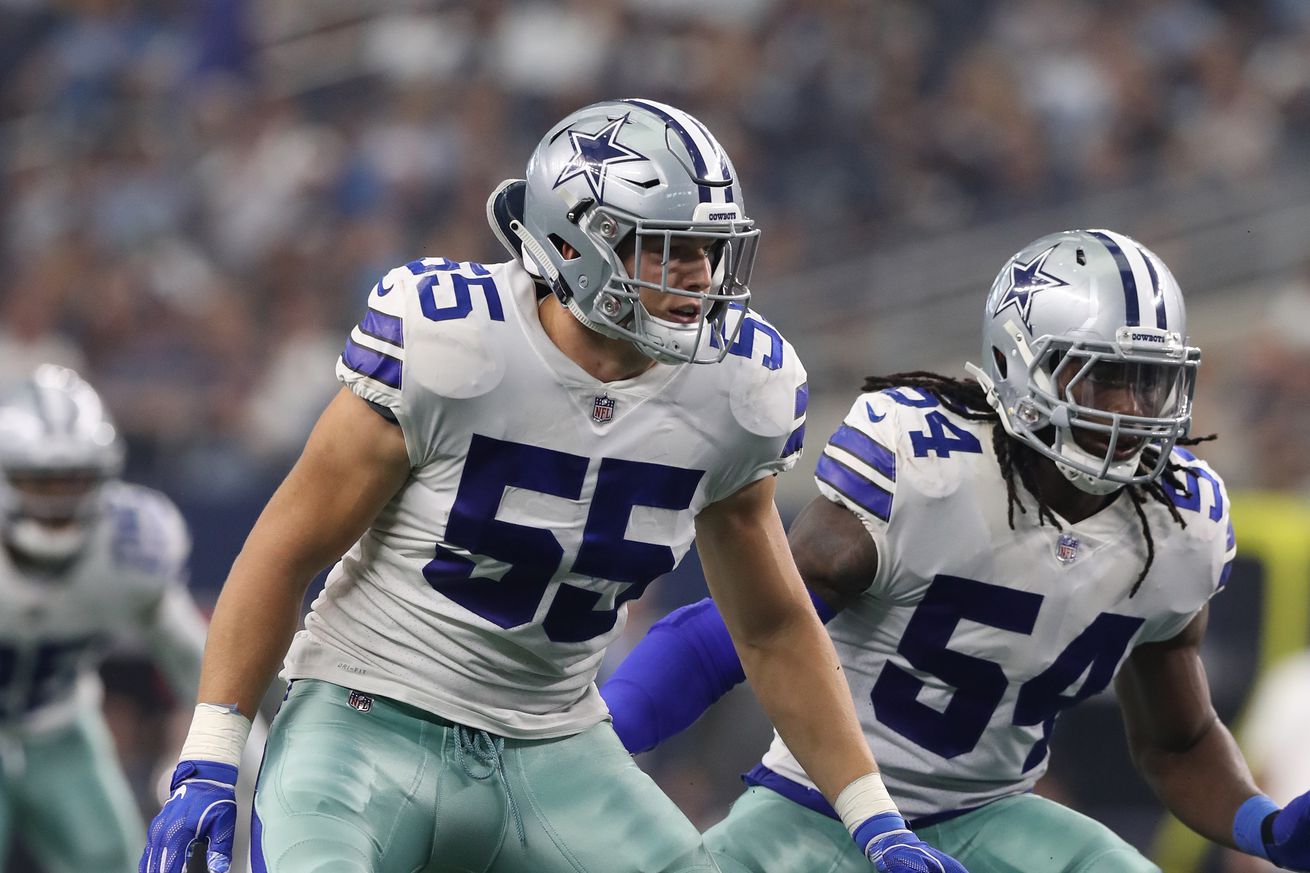 15 Cowboys rank in the Top 10 at their respective position groups in the final Pro Bowl fan voting,

Three weeks ago, we looked at the early results from the fan voting for the 2019 Pro Bowl and saw that seven Cowboys players were ranked in the Top 10 in their respective position groups – and that Leighton Vander Esch had been snubbed, even if it was due to a technical glitch early in the voting process.

Since then, the Cowboys have been busy stacking wins and effectively clinching the NFC East title, and fans were very appreciative of that. Fan voting for the Pro Bowl concluded on Thursday, and now 15 Dallas Cowboys rank in the Top 10 in their respective position groups, according to data from the NFL.

Here’s the full table of all 15 Cowboys, where they rank at their positions, and how many Pro Bowl berths are available for that specific position.

If Pro Bowl voting were to end today, and only the fan votes were counted, seven Cowboys players would make the Pro Bowl, including three first-timers in Leighton Vander Esch, Jaylon Smith, and Byron Jones.

Obviously more players could be added to the Pro Bowl roster either as injury replacements or as replacements for Super Bowl-bound players, so a player ranked a little further down at his position, Xavier Woods or Amari Cooper for example, could still make the Pro Bowl.

With 15 players and 16 spots on the 190-strong list of players ranked in the top ten across the positions, the Cowboys rank fourth overall, and have more players on the list than the rest of the NFC East combined. Here’s how many players from each team make the list:

With the fan vote tallied, NFL players and coaches will next cast their votes, and officially each group’s vote counts one third toward determining the 88 players eligible for the Pro Bowl. The Pro Bowl players will be announced on Tuesday, December 18, and the Pro Bowl will be played on January 27, 2019.