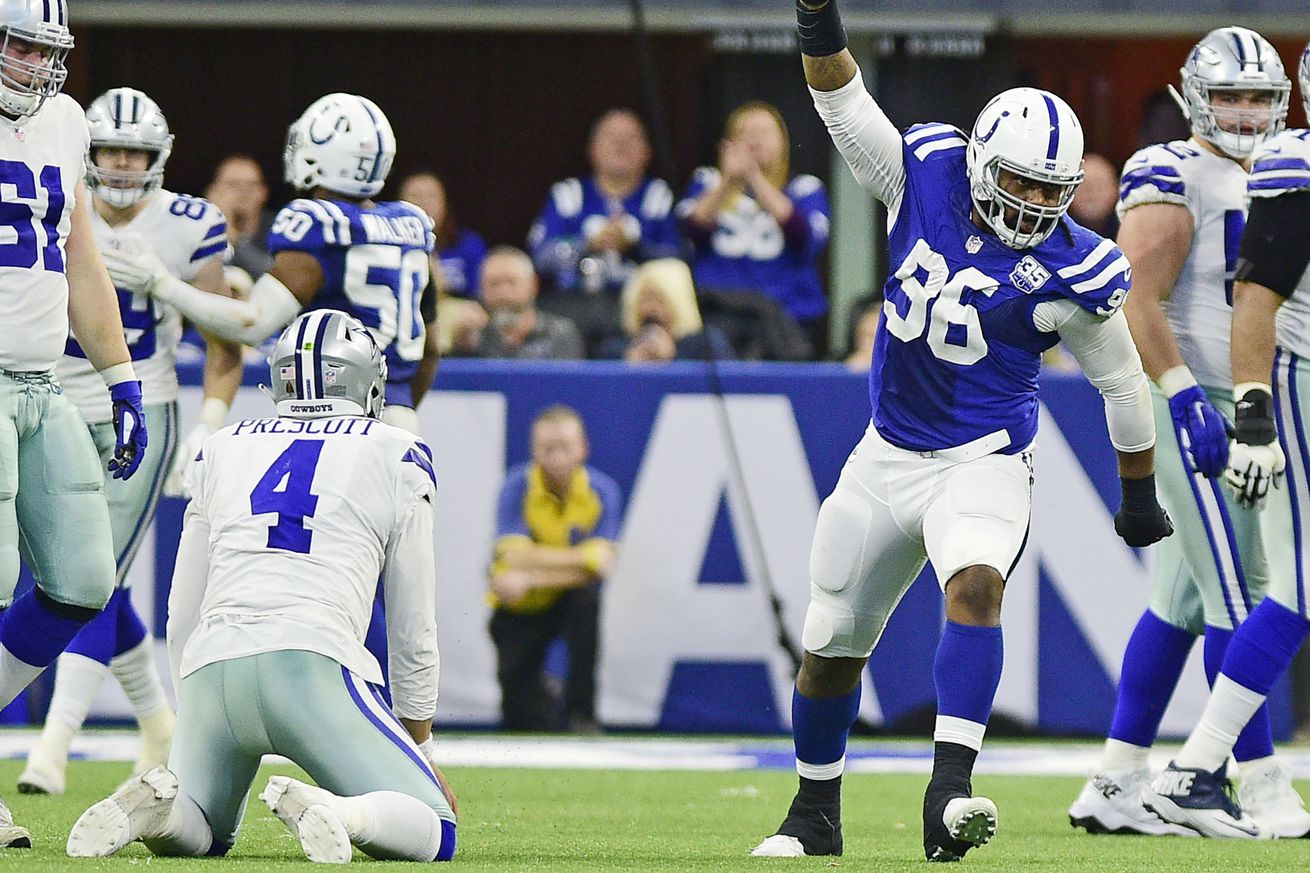 Even if they limp into the playoffs, a one-and-done would hardly represent any real success.

Back in the day, even before videotape (I’m old), a head coach of a team once gathered his players and staff around a big barrel, took the films of their previous horrible loss, and burned them. It was a visible demonstration that the only thing they could do was to forget all that and focus on playing better the next time.

Maybe Jason Garrett needs to trash a computer or something for the Dallas Cowboys, because their dreadful performance in the shutout by the Indianapolis Colts certainly fits in the category of “things I wish I could purge from my mind forever” for them. But that won’t be done. Instead, the staff and players will suffer through some painful sessions to try and correct the plethora of errors they made on Sunday.

There have been a variety of articles here and elsewhere that detail all the factors leading up to the game that played a role in the worst performance of the season. With the playoffs all but assured, and multiple paths to get there, the sense of urgency against a non-conference foe was lacking. They had poured all their emotions and effort into the grueling five-game winning streak that resurrected what had seemed a failed season halfway in and may simply have run out of gas. Even in the wins, they still were exhibiting things that could come back to bite them, such as red zone impotence and the struggles of the patchwork offensive line.

Overreaction is a part of covering a team in the NFL, where every game is so much more important to the final outcome of the season than in any other sport. Still, it is not illogical to wonder if the steaming pile of digestive waste we saw in Indianapolis is not a harbinger of this being a team that is going to make a hasty and frustrating exit from the playoffs, assuming the nightmare scenario of completely collapsing and not making them at all does not occur.

They failed the test

Yes, they certainly did, and in more ways than that.

The good news, perhaps, is that they have two more weeks to not only sew up the NFC East by winning one of their last two games, but that they also have the opportunity of putting a strong performance on the field in at least one of them to restore a little hope for at least some playoff success. That is a pretty big if, however. Should they scrape out a win while still showing the same flaws that killed them against the Colts, the worries will remain that they are just not really ready to be back in the postseason. There is certainly an argument to be made that the NFC East was just weak across the board. It is entirely possible that nine wins will be all it takes to represent the division, possibly on the strength of tiebreakers over Philadelphia or Washington.

If they roar back against a pretty bad Tampa Bay Buccaneers team, then some optimism will be restored. But given the Bucs are currently at twelfth in the conference playoff standings, even a blowout (which, given recent history, seems somewhat unlikely) will not say a lot. The Cowboys have benefited from what turned out to be a pretty weak schedule, with the one very impressive win over the New Orleans Saints.

And there are some things that will just have to be overcome to do better. The offensive line is not going to suddenly return to dominance, even if Zack Martin and Xavier Su’a-Filo are back in the lineup this week. Dak Prescott still has some glaring flaws in his game and is also early in his career. Ezekiel Elliott has been ridden hard and is starting to show it, with no apparent willingness from the coaching staff to try and reduce his workload to help him. If Amari Cooper is held in check, as the Colts did, then the rest of the receiving corps has not shown an ability to take up the slack. Scott Linehan’s play-calling is still a question. The defense is starting to miss tackles again. The secondary struggled in coverage. The pass rush seemed to take the game off Sunday, never getting any real pressure on Andrew Luck. And the special teams were simply abhorrent.

Some of those were somewhat aberrational after the previous five weeks. But all will need to be improved to become a team that can make any noise in January.

The good news is that the Cowboys are not only in the mix, but have a lot of factors that favor them to even make the postseason. That was, frankly, unimaginable at the midway point of this season.

It is also undeniable that just about everything that could go wrong did in that shutout.

Jason Garrett deserves a ton of credit for keeping this team motivated and playing hard during the win streak. Now he has to do it all over again to get them ready for the final two games that will determine their playoff fate and hopefully get them ready to compete against the rest of the postseason field. Fortunately, he seems to have built a good group of leaders on the roster to help.

The last game was a total team failure. It will take a total team effort to not let that remarkable comeback to relevance go to waste. We will see if they have it in them these last two games.