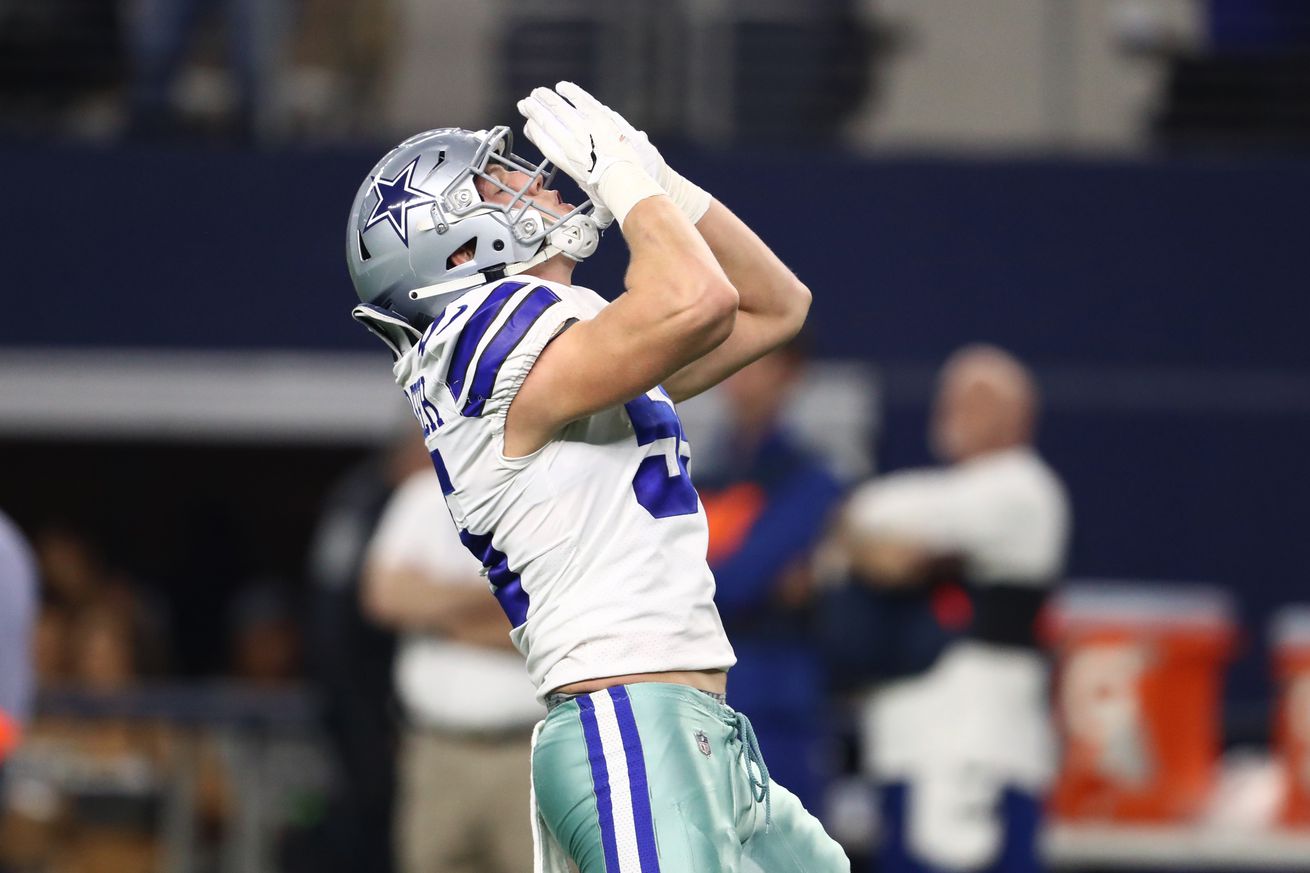 State your case for the Cowboys player who deserves an All-Star honor.

On Tuesday night the NFL announced the 2019 Pro Bowl rosters and shockingly there were a lot of people who did not totally agree with them.

The Pro Bowl isn’t exactly an objective-based science but there are things that should make sense. The best players should be the ones voted into the Pro Bowl, that’s it. There’s the logic. It doesn’t have to be complicated. For example, Indianapolis Colts linebacker Darius Leonard is one of the best players in the league this season and he did not make the AFC roster. That’s silly and even Leonard himself took notice.

The Dallas Cowboys had five players selected to the Pro Bowl

The five selections for Dallas is tied for the most among NFC teams (Bears & Saints). They include some names you’d expect, one that even Cowboys fans think doesn’t necessarily belong, and a first-year player at a new position. Figured them out? If not here you are.

The NFL’s leading rusher deserves to be recognized as one of the game’s best and one of the men that paves the way for him certainly is worthy of going as well. I’m talking about Zack Martin obviously because, objectively speaking, Tyron Smith hasn’t exactly had a Pro Bowl season. Nevertheless, there is some name value associated with the Pro Bowl.

Perhaps that’s the reason why a few notable Cowboys were left off of the list, maybe they simply aren’t popular enough around the league. That’s difficult to imagine given the uniform that they wear but there are without question players not named in Dallas that deserve consideration at the very least.

Leighton Vander Esch was snubbed, Jaylon Smith has a great case too

The Cowboys have what might be the best overall pair of linebackers in the game at the moment yet neither of them earned a spot in the Pro Bowl. This is hard to understand but after all it is the Pro Bowl and the way that they value certain positions is skewed. When it comes to linebacker, it’s always going to be difficult. The mothership’s Dave Helman summarized it well.

good chance he makes it as an alternate, at least ‍♂️ https://t.co/JZbedUvYjX

It’s rare to see rookie linebackers performing as well as Leighton Vander Esch and Darius Leonard are in 2018.https://t.co/nffhUaeuel

The godbacker may not have quite as strong of a case as his wolf-hunting comrade, but Jaylon Smith would be in consideration for anybody evaluating specifically off of merit. Part of what fans love about Jaylon is the story associated with his play, but the play itself has been of incredibly high quality this season. Like Leonard, he seemed to take notice of his absence.

Outside of Leighton Vander Esch and Jaylon Smith it’s difficult to find a big-time snub on the Cowboys. You might disagree and the good news is that’s what discussions are for! Who do you think was the biggest Pro Bowl snub for the good guys this season? Discuss.