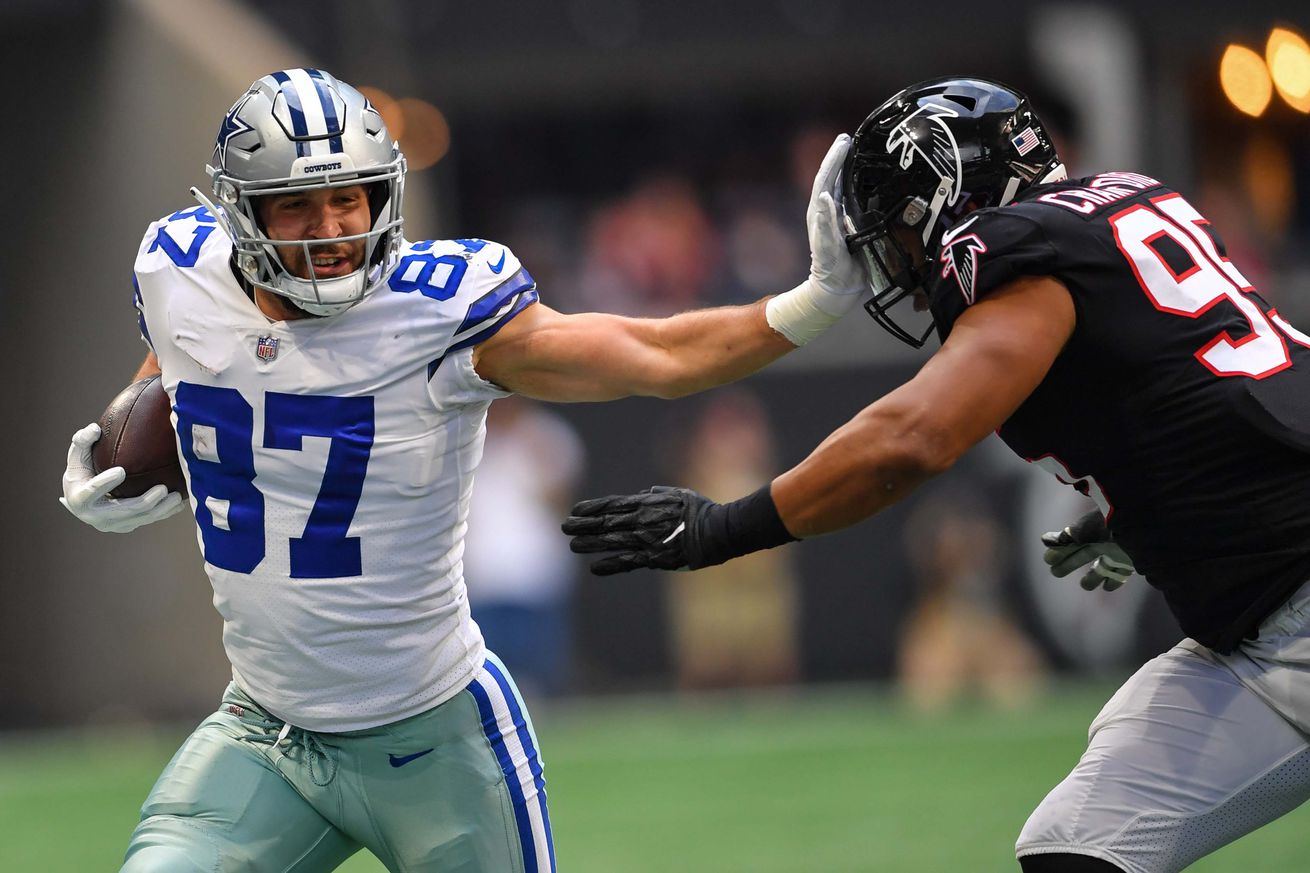 We haven’t seen Dallas Cowboys tight end Geoff Swaim since the team won in Atlanta and it looks like that might be the last we see of him for this season. A wrist injury has sidelined Swaim and could in fact end his season altogether according to a report from the Dallas Morning News.

The Cowboys have actually gotten a fair amount of production out of Blake Jarwin and Dalton Schultz as of late so it’s not like they’re going to be up a creek without Swaim for the rest of the season. This position has been one of trial and error to a degree all season long and if something is working at all right now it’s best to ride that wave.

Darius Jackson fans will appreciate getting to see Radius on the 53-man roster and this move is rather interesting. Dallas has carried only two running backs all season in Ezekiel Elliott and Rod Smith. Jackson’s promotion could suggest that the team is hopeful that they will beat the Tampa Bay Buccaneers on Sunday and that they are then going to rest Zeke during the regular season finale in New York, making Darius (really just someone in general) all the more necessary to take those carries.

The Cowboys worked out wide receiver Sammie Coates on Friday so maybe that’s who they were considering bringing in for Swaim previously. That many receivers seems impractical, but Darius as the guy certainly seems to make a lot of sense given the needs that could arise.

Geoff Swaim played in nine games for the Cowboys this season. He totaled 26 catches for 242 yards and a touchdown.