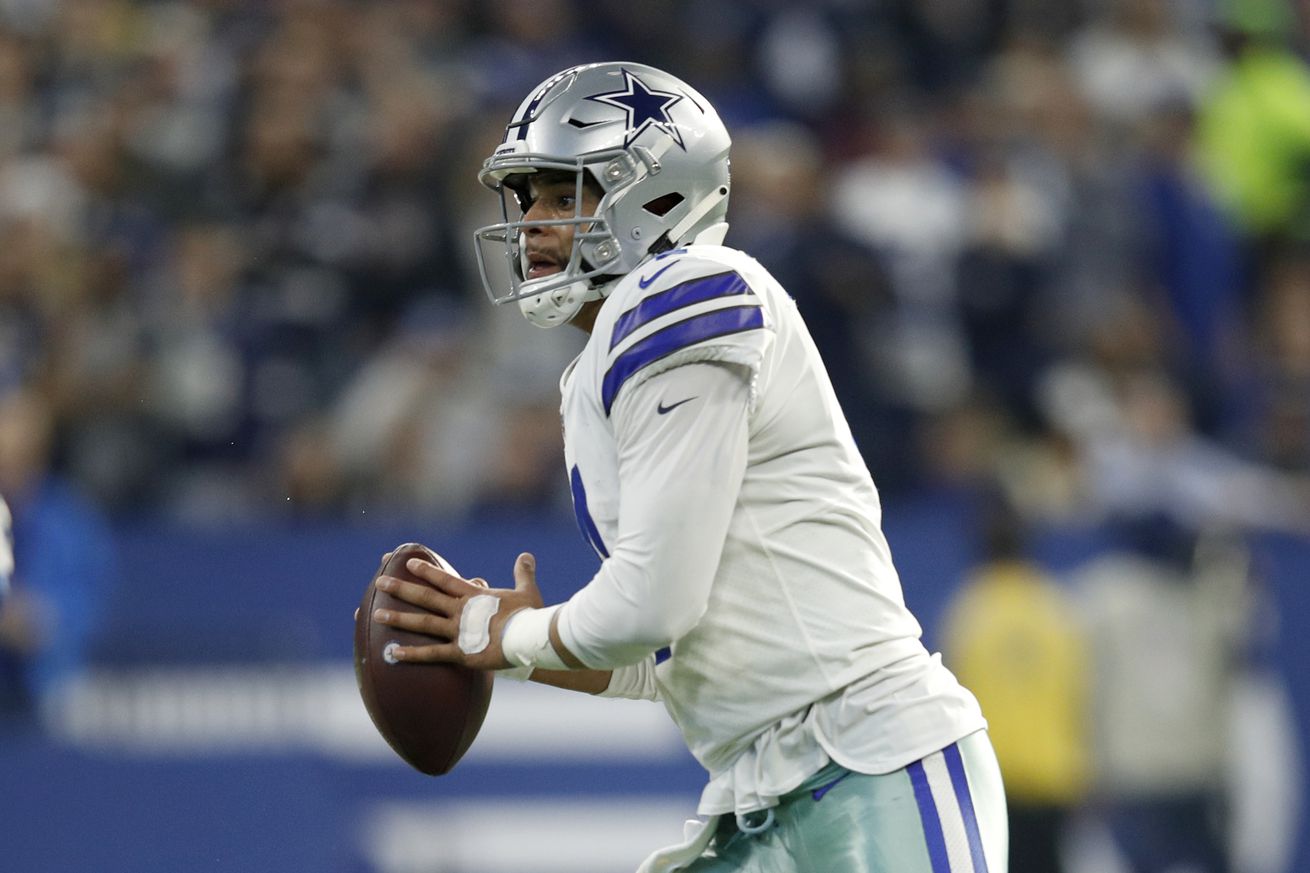 The Buccaneers are all that stand in the way of a Cowboys division crown, let’s predict what will happen.

It’s never fun to see the Dallas Cowboys lose and the week that follows is hardly one full of cheer. This is, however, an opportunity to see the Cowboys win again and it’s happening at the most wonderful time of the year. (I didn’t mean to rhyme, I promise).

For the second week in a row the Cowboys will begin a football game with the opportunity to clinch the most storied division in the NFL. Their fate is squarely in their hands and here’s to hoping they make something of that opportunity.

What will happen when the swash-buckling Buccaneers arrive at AT&T Stadium? How will things go down? I’m glad you asked because we’re about to predict the future in a totally wild and bold fashion. Let’s light this Christmas candle.

In one of the cooler twists around the league, we’ve seen the Salvation Army kettle turn into a prop for continual Cowboys celebrations and donations. This has led to a lot of good in this world which is something that we can all get behind.

It was two years ago when Zeke first immortalized the kettle when he jumped in against these very Buccaneers. He might open a savings account in there with all of the money these celebrations have caused and that’s something that I can totally get behind.

Zeke is jumping in that thing on Sunday. I don’t know how or to what degree, but he’s getting kettled.

A lot has been said about how the Cowboys struggle in the red zone, so much so that I’d bet they’re tired of hearing about it.

Scott Linehan has had moments this season where we’ve all been a fan of what’s going on, but generally it’s been disappointment and confusion. With a division title on the line and after a shutout loss in Indianapolis it just sort of feels like the Cowboys are going to try to flex some muscle here.

Jeff Heath will continue his streak against the Tampa Bay Buccaneers

Jeff Heath is a lot of things, mainly because being the GOAT involves being everything, thus he is by definition a lot of things. Funny how that works.

In two games against the Buccaneers, we’ve seen Heath have himself a couple of nice days. He’s recorded interceptions in each game that he’s squared off against the pirates and in fact even had two picks during the first matchup. All three of these were tossed by Jameis Winston, who is obviously starting for Tampa on Sunday, which means that we have a bit of a tradition on our hands here.

Jeff Heath will intercept the Buccaneers. It is decided.

The Cowboys will score on a “trick” play of sorts

All week long this game has reminded me of one in recent memory, when the Detroit Lions visited Dallas on Monday Night Football two years ago.

This obviously sounds absurd given the fact that the current Cowboys are coming off such a horrific loss, but this really does have a feel of the team getting right and showing off who they are as the most important part of the season is around the corner. In that game against Detroit we saw Dez Bryant throw a touchdown to Jason Witten so it kind of feels like something weird could be going on again.

Dallas will win by at least two scores

The Cowboys have eight wins on the season at the moment and I’m going to give you a second to try and guess how many of them have been by at least two-score margins. It’s very difficult to “give you time” because I don’t know how fast you read so this is literally me stalling as much as possible and unfortunately I can no longer do it.

Dallas has won by at least two scores only once this season (Jacksonville).

Look, I know the Cowboys just played a horrible game on a day where they could have won the division. I know that the offense has looked really bad and that the sky got a lot closer to the ground as a result of it all. But the thing about this is, Tampa Bay is not very good.

It’s true that the Cowboys were embarrassed by the Colts but it’s also true that in the five weeks before that they dominated teams on the defensive side of the ball. We’ve seen the offense click at times and it just feels like (a lot of these predictions have been based off of feel) that is all going to crystallize on Sunday.