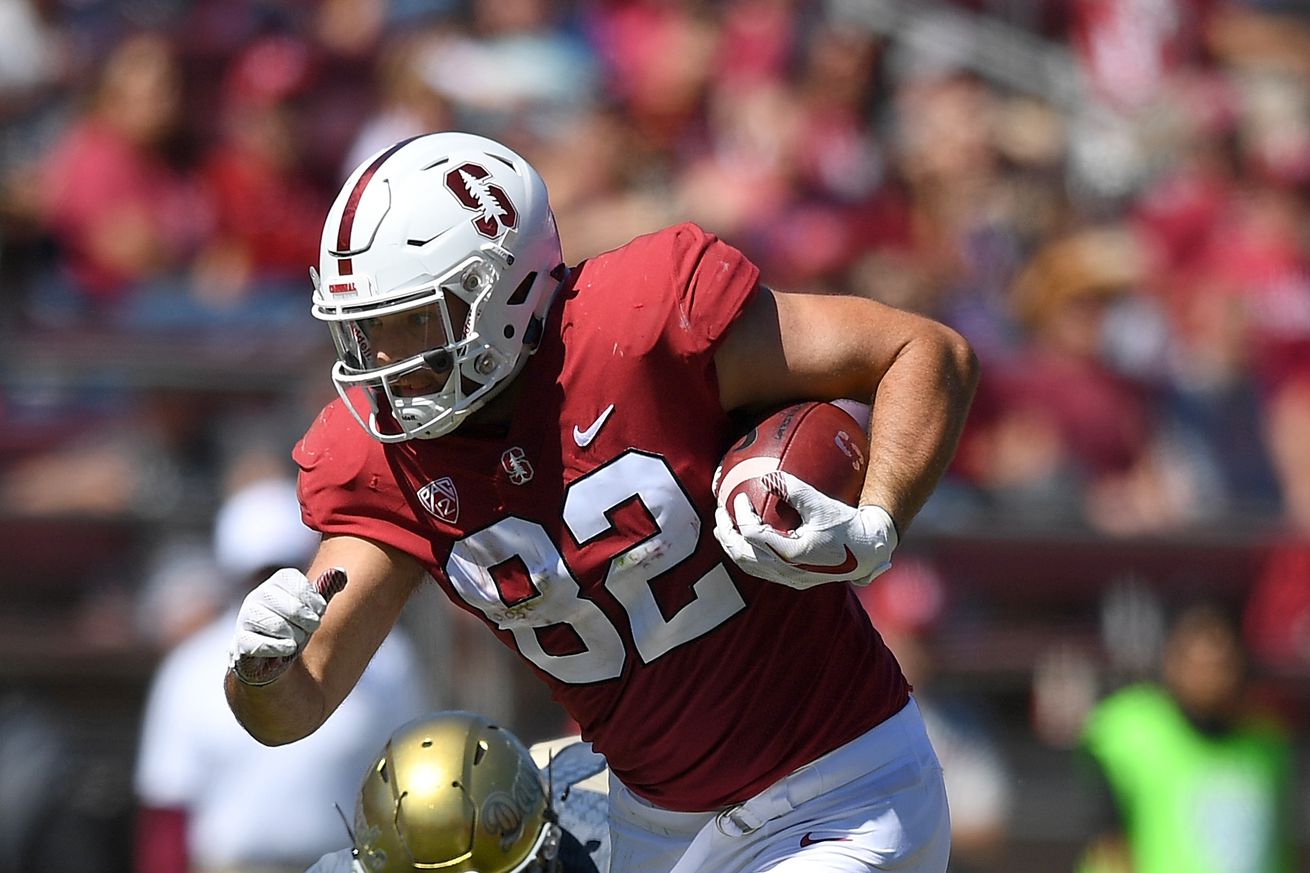 This draft sets up nicely for a team in search of a new playmaking tight end.

The Dallas Cowboys do not have a first-round pick this season. You can thank Amari Cooper for that. Nobody will complain about that one, but it does mean that the team’s best chance to land one of the top collegiate players will have to wait until the end of the second round of the draft. After being chastised for so many years for botching up their second-round pick, they have done a nice job in recent drafts. In fact, the last five second-round picks for the Cowboys played in 84 of the 90 possible games this season (if you include postseason):

That’s pretty good. The team would love to keep that type of success going as they make their first selection of this year’s draft. People will throw different positions of need at you as they mock up some candidates, but the Cowboys must take a good football player there. Don’t let need drive the decision when it comes to a premium Day 2 draft choice. Of course, it would be ideal if best player available matched up nicely with need so they could kill two birds with one pick. And one of those needs is the tight end position.

The Cowboys have a bunch of tight ends that are solid players. Geoff Swaim (free agent), Blake Jarwin, and Dalton Schultz all contributed in the offense this past season. They’re fine. But they’re not special players that can really open up the offense. Dak Prescott loves throwing to his tight end. In fact, the only Pro Bowl touchdown the NFC team had on Sunday was when Prescott hit Austin Hooper down the middle for the score. If the Cowboys can somehow find a special talent at the tight end position in this draft, it could really improve the offense.

Talented tight ends typically are luxury picks. Teams usually address other positions and even the talented ones tend to slide. Last year’s top tight end (Hayden Hurst) wasn’t selected until pick 25. In 2015 and 2016, the first tight end wasn’t taken until the second round. 2017 was considered a deep tight end class as five players were selected between picks 19 and 45.

As luck would have it, the 2019 draft class of tight ends is deep as well and it’s very possible one of the really good ones make it to the Cowboys in the second round. Here are the top five tight end choices in this year’s draft.

While there are several good options to choose from, the cream of the crop features two Iowa tight ends that aren’t likely to make it out of the first round. Iowa is building a reputation for churning out star tight ends as George Kittle came out of nowhere to become one of the elite tight ends in the game. Now, they’ll have two star prospects entering the draft this season.

When you’re stuck behind another great tight end that’s expected to be a Day 1 pick and you still put up the numbers T.J. Hockenson did, you might be something special. If there’s a guy who could be the next tight end star in the league, it’s Hockenson. He’s the most complete tight end in the draft. He’s a really great run blocker, but possesses the athleticism to be great in the receiving game. He had more catches this past year than Kittle had his entire career at Iowa.

Hockenson doesn’t have great speed, but he’s got sudden quickness to quickly escape from defenders. His awareness is outstanding and he’s always finding space in the secondary. He’s got an athletic frame and has excellent ball skills. Every year there are players in the draft that become superstars in this league. Hockenson could be one of those players.

Noah Fant may not be the blocker his fellow Iowa teammate is, but this guy is a ridiculous athlete. If you’re looking for that great speed guy who can be a mismatch in the receiving game, Fant should be the guy you’re targeting. He’s a guy that needs to be developed more and that may not be what teams are looking for with their first-round pick, but because of his athleticism, his upside is high.

The Iowa boys shouldn’t be in play for Dallas as they’ll be too far out of reach, but you never know if Jerry Jones decides to put on his fancy pants and make a big move. If the Cowboys could somehow come away with Hockenson on their roster, they would take a giant step towards giving them a dynamic offense.

There are going to be a couple good tight ends available in the second round. The only question is – how fall will they slide. If the right guy falls, should the Cowboys make a move? Here are a couple players who might fall within striking distance.

Smith Jr. has the size/speed combination to create mismatches at the NFL level. He has great explosiveness and can be very dangerous up the seam. His ability to separate has made him a wide open target for Alabama. He’s a huge target with length that enables him to have a big catch radius. He’s one of the top pass-catching tight ends in the draft, but he’s steadily improving as a run blocker. Smith will give his new team an immediate boost in the passing game, but he possesses the upside to be a complete tight end.

Caleb Wilson is essentially just an over-sized wide receiver. He isn’t the balanced tight end NFL teams want, but this is a passing league and extremely athletic players like Wilson will be coveted by many teams. He’s got all the traits of a great pass-catcher. He runs routes extremely well, has good hands, and flies down the field after the catch. All these things were on full display as he came close to reaching 1,000 yards last season. Wilson’s athleticism will cause him to go in one of the premium rounds, but there are a slew of super-talented tight ends that might cause him to slip a bit. Will he make it all the way until the Cowboys are on the clock? That might be a little optimistic.

The Cowboys may look to move up if a guy they love starts falling, but they may also remain patient if they feel one of the top tight ends will make it to them. This class is so deep with talent that it’s very possible that’s exactly what happens.

Maybe it’s just seeing that beautiful number 82 running around, but it’s hard not to get excited when watching film of Stanford’s Kaden Smith. But it’s the things he does well that draws comparisons to Cowboys great, Jason Witten. He doesn’t have blazing speed, but he is excellent at finding creases. He gets off the line quickly and demonstrates great footwork out of his breaks. He wins with technique, not athleticism. Sound familiar?

But the list goes on and on with Smith. He has outstanding hands and does a remarkable job of making contested catches. Smith is athletic enough to create mismatches and he’s just the type of underneath target Dak Prescott loves to rely on. And did we mention he’s one of the best in-line blocking tight ends in the draft. He just seems like a perfect fit for the Cowboys.

He’s got a real shot to make it to the Cowboys in the second round. Dallas drafted Dalton Schultz last season. Could they look again to Stanford for another tight end selection?

Are there any tight ends in this draft that you would love the Cowboys to snag with their second-round pick?