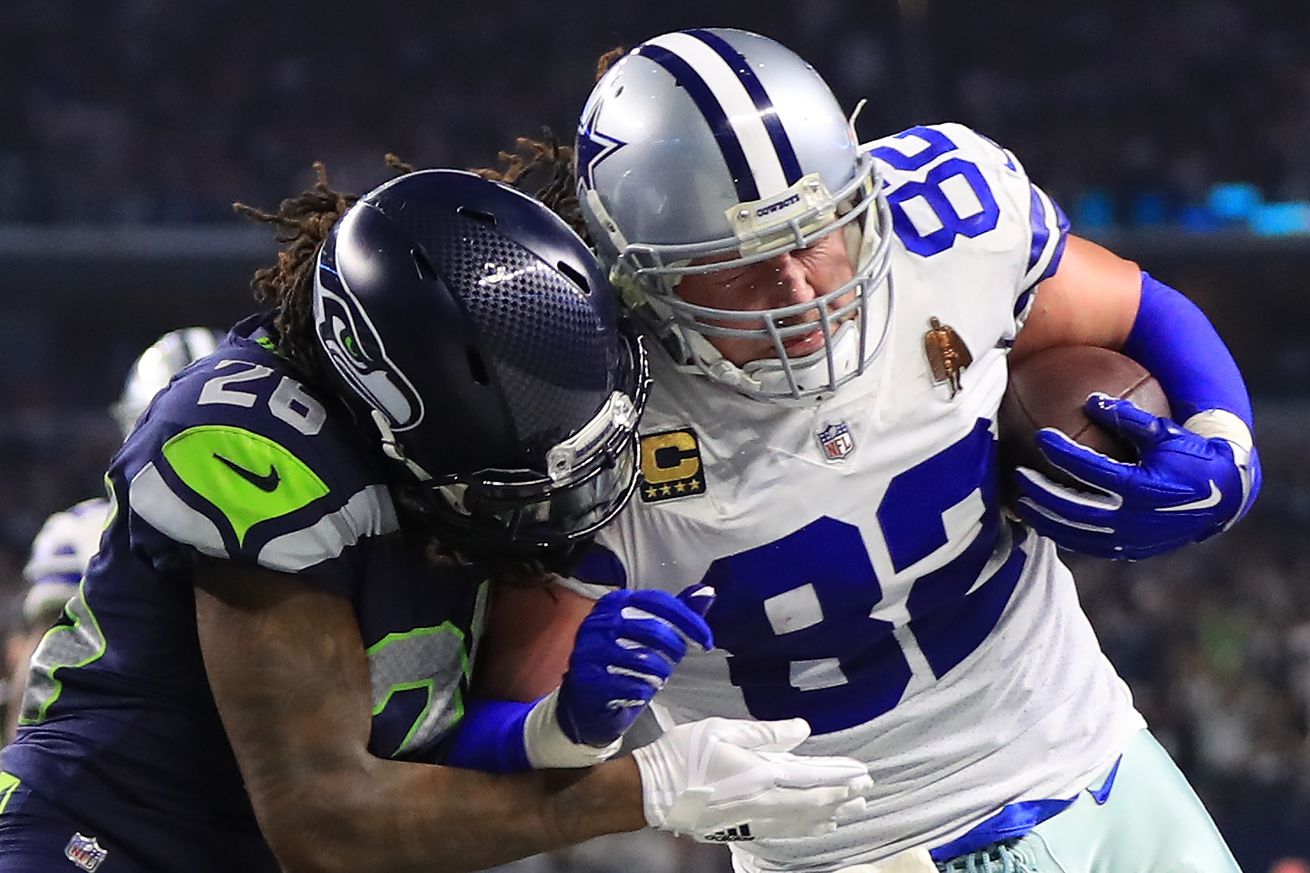 The G.O.A.T. is back as Jason Witten leaves the MNF booth to re-join the Cowboys.

Jason Witten ends retirement; Returning to Cowboys for 2019- Nick Eatman-Dallas Cowboys
Well, that was a brief retirement for Jason Witten, he returns to the Cowboys after one-year in the Monday Night Football booth.

But after abruptly deciding to hang up the cleats last May and join the broadcast booth of Monday Night Football, Witten has apparently had a change of heart. He will return to the field and officially sign a contract with the Cowboys, who retained his rights when he was placed on the NFL’s Reserve/Retired list.

“The fire inside of me to compete and play this game is just burning too strong,” Witten said in a statement. “This team has a great group of rising young stars, and I want to help them make a run at a championship. This was completely my decision, and I am very comfortable with it. I’m looking forward to getting back in the dirt.”

Witten will rejoin a Cowboys team that finished 10-6 and won a wild-card game before falling to the Los Angeles Rams in the NFC’s divisional round.

Witten to return to Cowboys, leaving MNF booth- Todd Archer-ESPN
Jerry Jones has known for a while that Witten was seriously considering a return,

Before joining ESPN in May, Witten went back and forth on a decision to leave the game until ultimately signing a four-year deal with the network. There were some rough patches during his first year as an analyst, which he acknowledged, but he felt there was growth as well.

”I’ve known for about 10 to 14 days that he was seriously deliberating this,” Cowboys owner/general manager Jerry Jones told ESPN’s Chris Mortensen on Thursday. “As you know, when Jason retired last year, he had a real difficult decision. He obviously missed it. I’ve never seen anybody really embrace the physical part of football like Jason. He missed that. The rougher it is, the better.

ESPN’s Monday Night Football: Who will replace Jason Witten? -Drew Davison- Fort Worth Star-Telegram
With Jason Witten leaving the booth, who are the candidates to fill his seat with ESPN?

The longtime Dallas Cowboys tight end is coming out of retirement to return to the field. It begs the question who is going to replace Witten in the broadcast booth?

Oddsmakers have already weighed in, and former standout quarterback Peyton Manning is the odds-on favorite to land the job.

Jason Witten’s return to the Cowboys only helps their chances of going deeper in the playoffs next season-Kevin Sherrington- SportsDay
Jason Witten wants to re-join the Cowboys because he sees the team as a contender that needs a little helping hand.

Not only will this make for better TV, the Cowboys will look better, too.

Witten’s shocking return after a season in the booth gives Dak Prescott a security blanket with the potential exit of Cole Beasley, frees up a draft pick for a defensive line suddenly leaking oil and improves the Cowboys’ chances of going deeper in the playoffs next year.

The Cowboys might not have beaten the Rams even if Witten had been at tight end. He’s not much of a run-stopper. Just the same, he’d have helped their chances.

Jason Garrett’s tight end corps improved over the course of the season, but there’s not a Witten in there anywhere. Two-way tight ends are nearly an anomaly these days. Witten helps the running game while giving Dak a reliable target, especially in the red zone.

“I’m excited about it,” Garrett said from the NFL Scouting Combine. “I know he thought about the decision to go do Monday Night Football. He thought about it long and hard. It was a very heartfelt decision. I don’t think it was an easy decision for him. It was such a great opportunity for him. I think that was the thing that pulled him there.

“But in the long conversations we had before he made that decision, I knew he still loved to play football. There is no question in my mind he can still play at a high level. When he was away from it, he continued to realize that and understand that. He just decided to make this decision because he still loves the game and wanted to be a part of it.”

Jason Witten agrees to 1-year deal to rejoin Dallas Cowboys, here are the numbers | SportsDay
Jason Witten is back on a one-year deal but what are the financial numbers of this ceremonious return?

The Cowboys great-turned-Monday Night Football broadcaster has decided to leave the booth to return the gridiron for the only NFL team he has ever played for, the club announced Thursday. The deal is for one year, $5 million, a source told SportsDay’s Jon Machota.

“Well, first off, I missed the heck out of playing,” Witten said in early February at the presentation of the Collegiate Man of the Year award that carries his name. “Look, every day I was a part of the Cowboys, and even before that, I loved the game of football. I loved the process of it.

”I loved March. I loved training camp. I loved getting better and adversity and going through it with guys. Nothing can replace that feeling, and I knew that.”

What’s Next: Let’s see what the Cowboys do in free agency – or more importantly – what they don’t do. Damien Wilson and Justin March-Lilliard are both unrestricted free agents. It’s unlikely they will try to keep both linebackers but even if both end up going to another teams, that should let us know how the Cowboys feel about Covington’s potential and upside. Either way, he needs to become of an every-down player and try to compete for a starting spot at strong side linebacker.

A hotly debated topic in management, leadership, and organizational theory is whether you should invest your finite resources into fixing weaknesses or building strengths.

For some reason, the human brain is wired to focus on fixing weaknesses. Think about your latest New Year’s resolution. Odds are it was something like quitting cigarettes, losing weight, spending more time with the family, exercising more, eating healthier – all resolutions that address a perceived weakness. Very few people, for example, resolve to be “even more awesome next year,” outside of perhaps Barney Stinson.

Yet when we look at successful companies, successful leaders, or successful organizations, they are almost always successful because they have very specific strengths that make them better than their competitors.

Cowboys’ Stephen Jones discusses desire to keep Cole Beasley around- Ben Grimaldi-CowboysWire
Stephen Jones said that Cole Beasley is an important part of the Cowboys and their plan is to keep him, though he is set to be a free agent.

Jones saying he expects Hurns to remain on the roster is a head-scratcher. Hurns is coming off a major injury and releasing him would save the team $5 million, so it’s difficult to understand why they would entertain bringing a player back who wasn’t very productive. Jones does appear to specify Hurns’ role as a slot receiver as a possible reason for his return.

Again, though, Jones mentions Beasley first as a receiver they want to re-sign. Mentioning a player twice doesn’t seem like something you’d do if you weren’t interested in keeping him.

All the talk about moving on from Beasley now seems a tad premature and it appears as though the first-down machine has a better chance at returning than most originally thought.