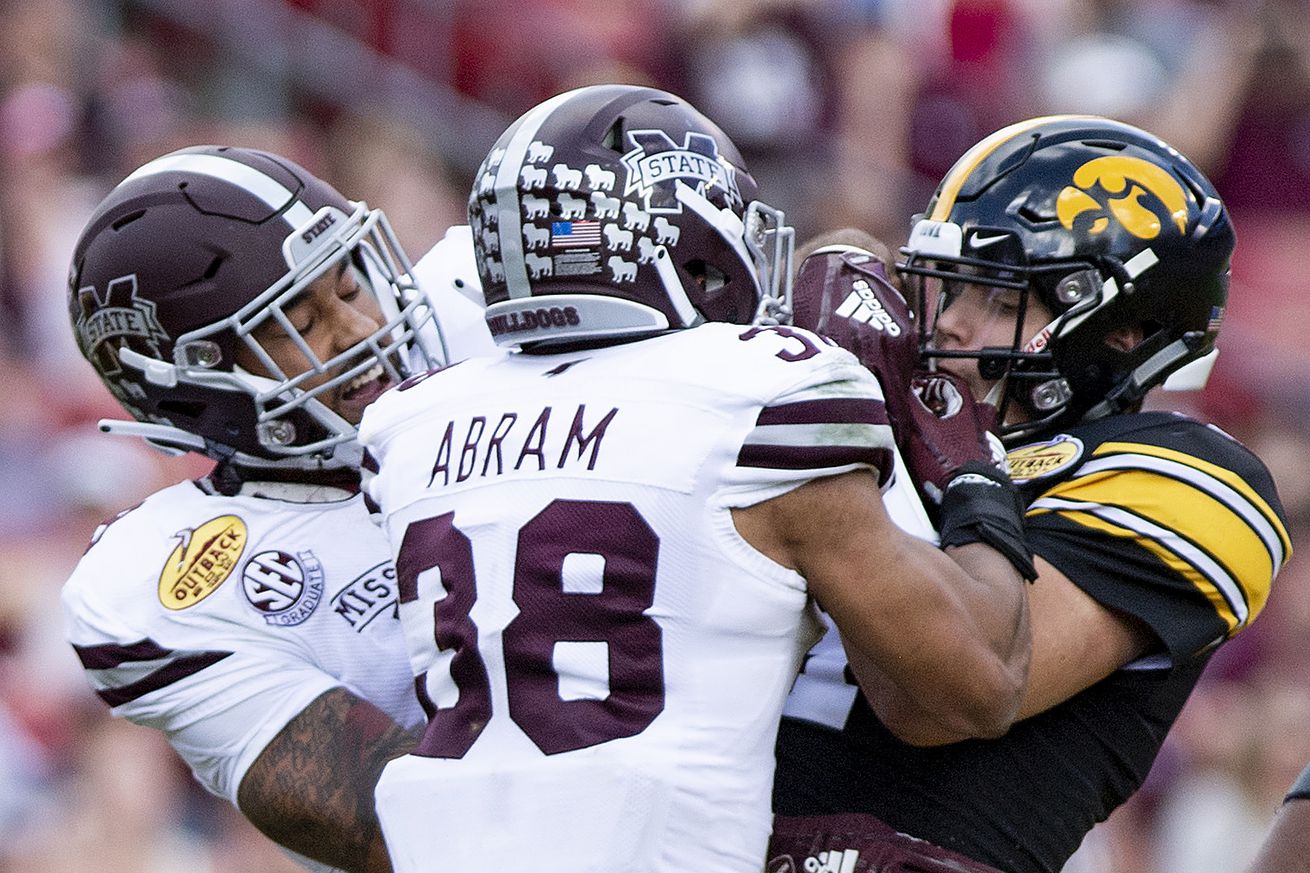 There is little mystery as to what position the mock drafters are targeting for Dallas.

It’s been a long wait, but it is almost over. The Dallas Cowboys will be on the clock in the 2019 NFL draft in a little under two weeks from now. That event will mark the last big moment of talent acquisition heading into the 2019 season. Sure, the team will continue to churn the roster and they may even surprise us with a big free agent signing or trade sometime in the summer or training camp. But in general, the draft represents the last golden opportunity to upgrade the 2019 roster.

Of course, because of the Amari Cooper trade, the Cowboys will have to wait an extra day as they have no first-round pick. So who will they be targeting with their second-round pick? If you believe the mock drafts, it will be a safety.

Signing George Iloka gave Dallas a starter at strong safety, but his contract is only for one season. This means he could be a rental player, especially if a long-term option such as Abram is still around at No. 58.

Abram is a decent option when playing in coverage but he shines in run support and has a reputation for delivering violent hits. Even more importantly, he’s not one to miss tackles very often. Last season, this was an issue as Jeff Heath struggled at times with his angles and came up short often due to this. Abram will make an already strong defense that much better and should be the starter for years to come.

S Johnathan Abram, Mississippi State: I believe the Cowboys can find an upgrade at this position in this draft. Abram could be that player. I love what I see on film.

… the selection is Johnathan Abrams for the second consecutive week. With the signing (finally) of DeMarcus Lawrence, DE falls below DT as a position of need . . . but there are prospects at that position to be found later in the Draft (True-Blue Believers, this is a hint for you to check out the other rounds!). I visited with one of my friends in the scouting profession and here are his notes on Abrams: “One of the most physical and aggressive players in the draft. Gets after it every snap, wants in on every tackle, every exchange with a blocker is a cage match.” Good enough for me!

There is no argument that Abrams would be a solid pick. One issue, though, is that many mocks have him going much earlier than this, so the Cowboys would have to hope he slides. If he does, the Cowboys should pounce. Upgrading the safety position is the team’s number one need. Abrams was a pre-draft visitor to Dallas.

We have three mock drafts going for Abrams, but Taylor Rapp is also another popular selection. He was also among the 30 pre-draft visitors.

Rapp can play anywhere on the field and that versatility will make him an integral part of the Cowboys’ secondary from the moment he’s drafted.

No moving around in this mock for the Cowboys, who should be looking to trade back if the right prospects aren’t available on Day 2. Fortunately for them, an awful showing at Taylor Rapp’s pro day allows the star safety prospect to slide down to them at No. 58. He should shine as a down safety for the Cowboys but can also bring some versatility to the position, much like free-agent acquisition George Iloka.

Much has been made about Rapp’s poor pro day showing. If he had performed better his stock would be rising and could have been out of range for the Cowboys.

Another pre-draft visitor at safety.

This would be a great pick for Dallas in the second round, when several safeties should be coming off the board. The pick would be much like Houston getting Justin Reid in the third round last year — an immediate steal of a starter.

Gardner-Johnson, at 5-11, 210 pounds, has ideal size for the position and is athletic enough to cause problems for both tight ends and slot receivers in coverage. He also is a good help defender downfield. He closes on the ball well, and his natural ball skills will fill a void for the Cowboys.

And just to round out the Big 4 safety visitors for the Cowboys.

It’s no surprise that Dallas needs a safety, and after plugging all glaring holes in free agency, it is time to grab one high. I would prefer Jonathan Abram here but he will most likely be long gone by 58. Thornhill is no slouch though. The versatile safety has great ball-hawking skills, paired with amazing athleticism. He played corner before he transitioned to safety so he brings excellent coverage skills in a pass-happy league. He would fit in great with Xavier Woods in the back end of the Dallas defense and make an impact day one. (He is one of the Cowboys pre-draft visitors.)

Xavier Woods is one of the Cowboys long-term safeties. They would like another to go with him, Geroge Iloka is a stop-gap and Jeff Heath is really not a viable starter. This might be the draft that the Cowboys find a partner for Woods. These four names are pre-draft visitors and are a good bet for #58 as it’s likely at least one of them makes it that far.

Defensive tackle is probably the Cowboys next biggest need. The only question is will they pick one at #58 since that usually don’t value the position that high. They tend to look for value in later rounds. But if they do go with a DT, a couple of names have shown up a few times as their second-round pick.

An up-the-field pass-rushing specialist on the inside is precisely what the doctor ordered for Dallas.

Jones is a straight up 3-tech, while Omenihu is more a versatile d-lineman who could emulate Tyrone Crawford.

And finally, some selections on offense. And it’s not at the tight end position, but at wide receiver.

After signing Christian Covington in free agency, the need for a defensive tackle isn’t a top priority anymore, so they can take someone who would impact from day one. Campbell is a Swiss Army knife who can be used all over the place. With the departure of Cole Beasley, they have a need to fill in the starting lineup between Amari Cooper and Michael Gallup.

Two things stand out from that. One, this guy really has high hopes for Christian Covington. Two, I wonder if he’s ever heard about Randall Cobb? He will fill that starting need between Cooper and Gallup.

We’re getting closer to the draft, and the consensus seems to be moving to safety.