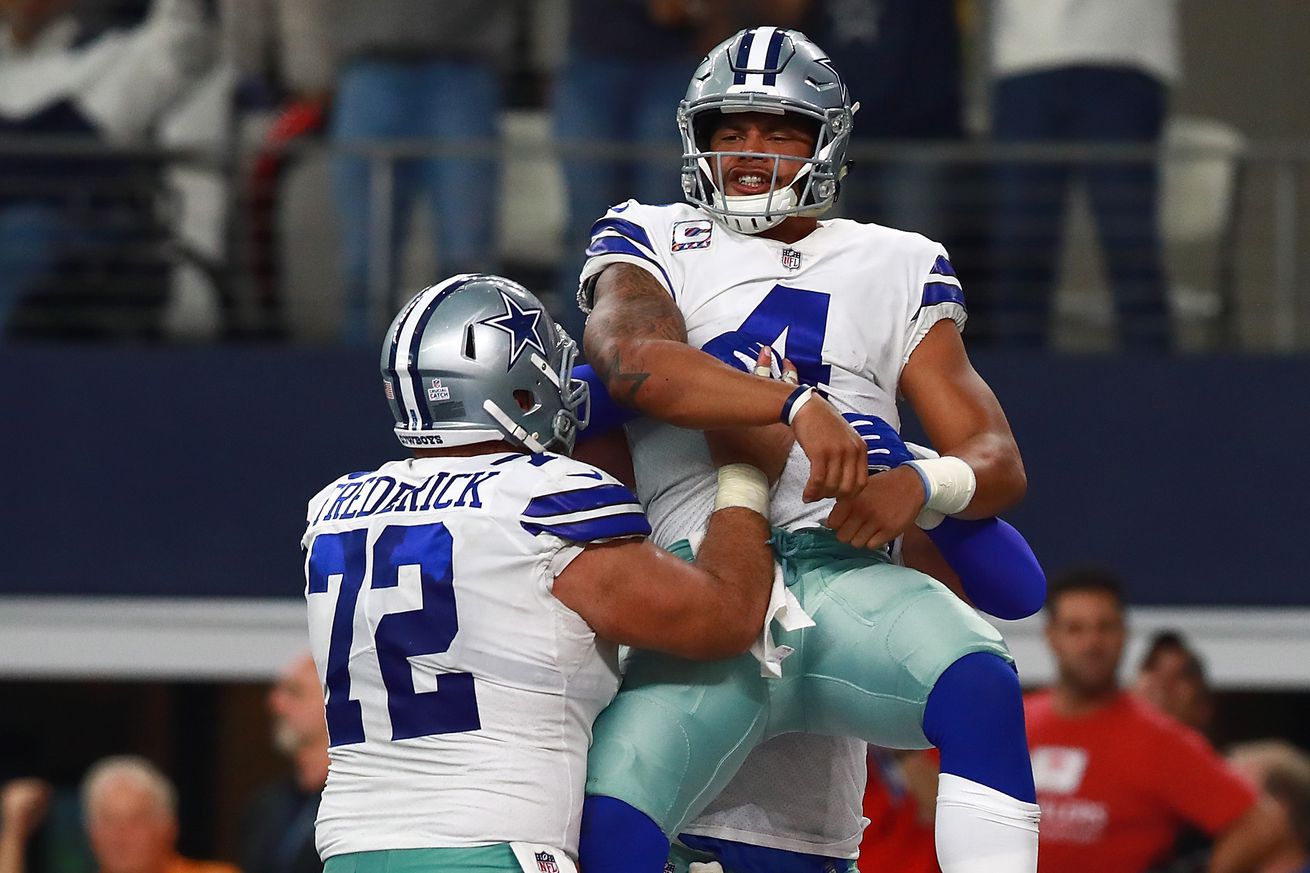 The big man in the middle for the Cowboys is getting back in the swing.

Today was kind of a milestone for one particular Dallas Cowboy. Travis Frederick was on hand and participating in workouts today as the full Cowboys team gathered to begin their offseason program. Frederick has already been working out with his teammates at the Star, but today was the official start of the offseason program and the official beginning of Frederick returning for the 2019 season.

Frederick’s teammates were sure glad to see him.

“It’s just great to have him working out again. Last year, I think it was well-documented, he did a great job of being kind of another coach,” said Zack Martin. “But to see him back out there working out, you can definitely see a little bounce in his step.”

Of course, we shouldn’t get ahead of ourselves. This is just conditioning and not even OTAs. Never mind the idea of training camp then actually participating in a preseason game. Then, the ultimate goal, playing actual football again.

The Cowboys missed Frederick’s presence in the middle of the line last year, even if Joe Looney did a great job of filling in. It’s not easy to replace one of the best centers in the game. We talk a lot about new free agents and new draft picks, but getting Frederick back would be about as good an offseason acquisition as you can get.