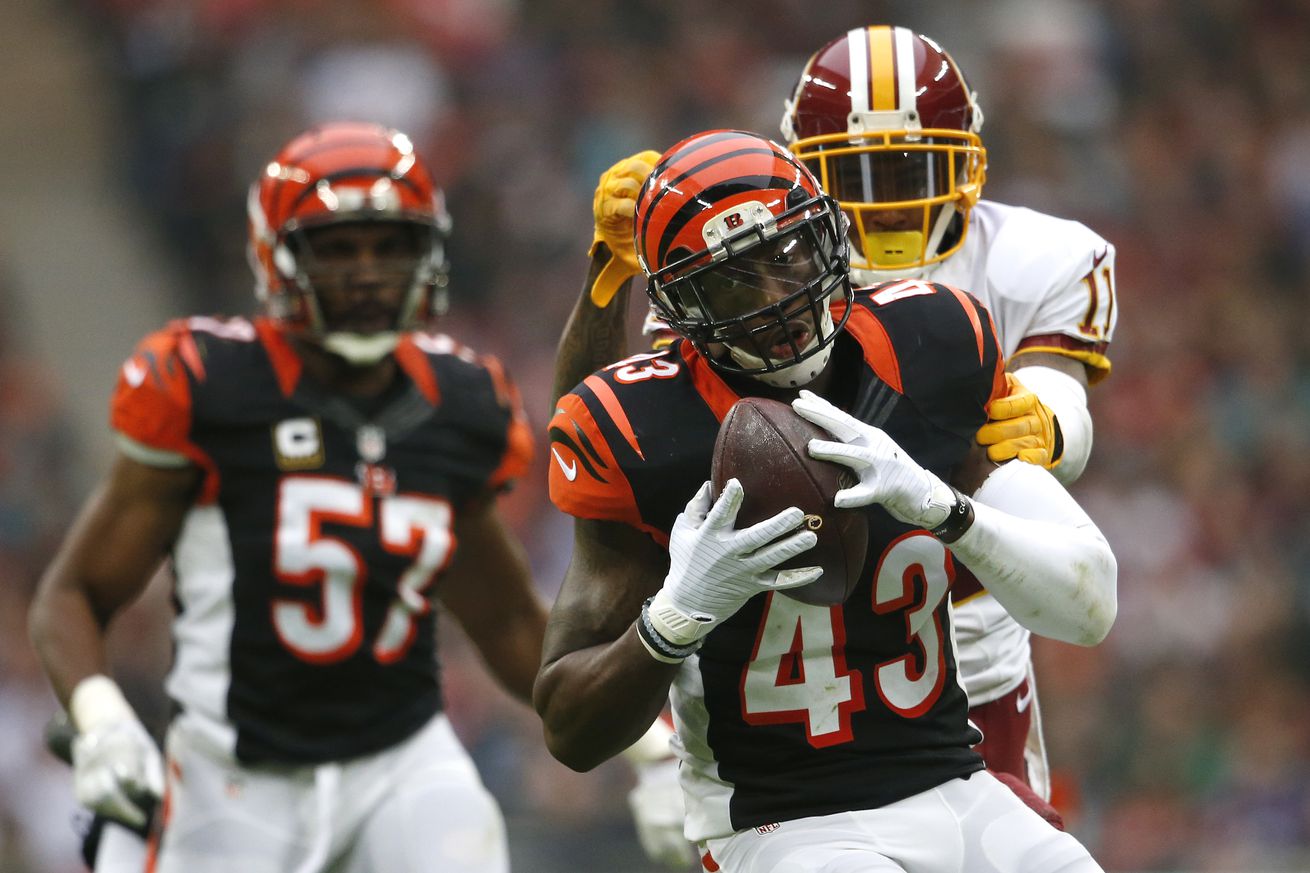 George Iloka signed a one-year deal with Dallas. If he has more plays like this, it will be money well spent.

In this episode of Film Room, we’re taking a look at the Cowboys defense.

While he may be coming off of a down season with his previous team, newly-signed safety George Iloka brings a lot to the table. With his 6’- 4”, 225 lb. frame, many think he is nothing more than an in-the-box strong safety, but that could not be further from the truth.

In his 2016 game against Washington, the then-Bengals defender made a fantastic play to pick off the pass of quarterback Kirk Cousins.

Iloka starts off with a great backpedal which helps him to stay on top of Washington’s receivers. As Cousins looks to target the post, Iloka reads him and breaks on the ball. Because he was in great position prior to the pass and made an excellent read of the quarterback, Iloka is in position to make the interception.

The Bengals cut Iloka late in 2018 training camp and the defensive back was never able to really catch on with the Minnesota Vikings. With a full offseason to prepare and work with Cowboys defensive backs coach Kris Richards, expectations should be high for Iloka in 2019.