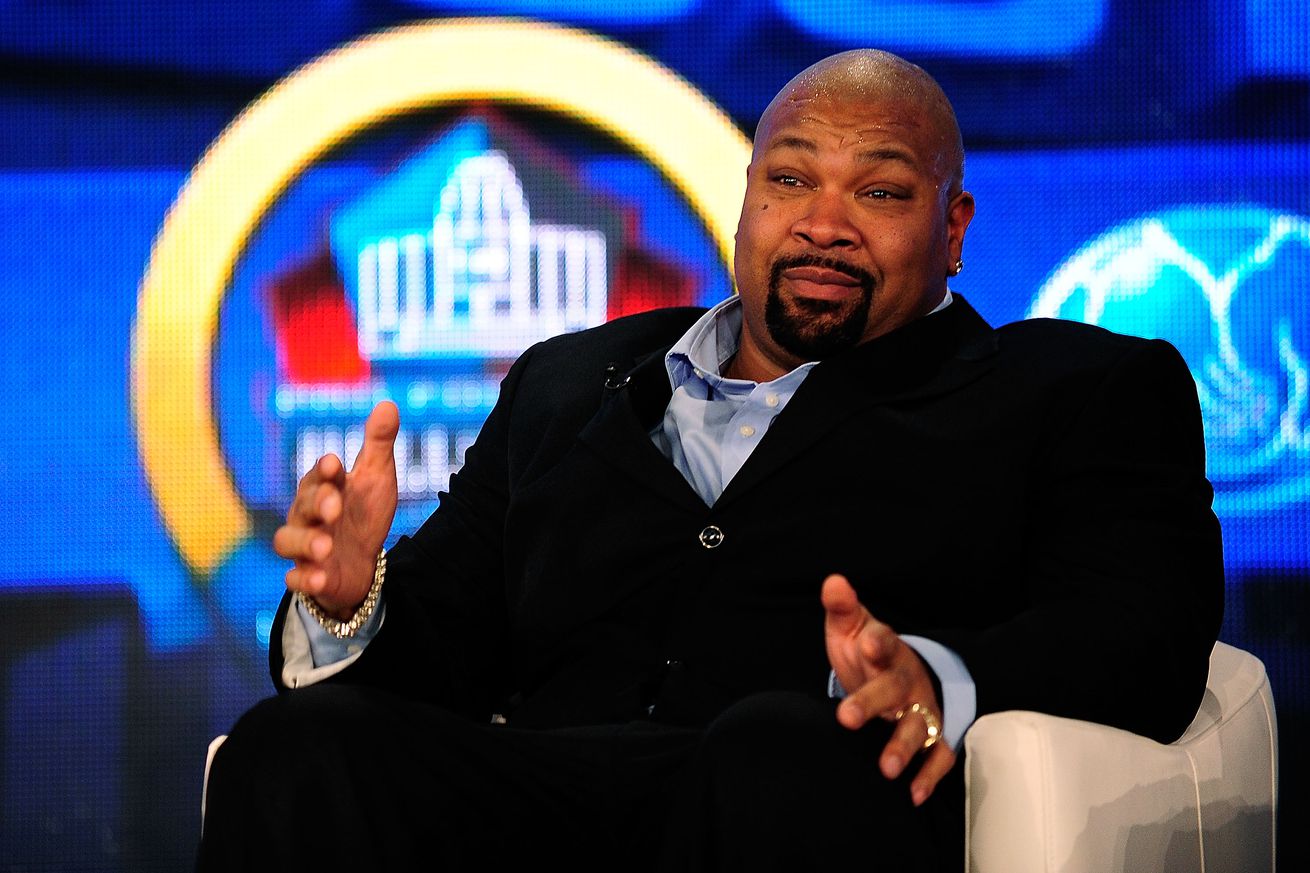 How cool is this? The Cowboys bring in a legacy.

From the moment that the 2019 NFL Draft ended teams all across the league have been scrambling to try and sign the best undrafted free agents. You can track everything the Cowboys are doing here at BTB.

Among the fine young players that the Cowboys are bringing in lies someone with some deep ties to the blue and silver. Per the mothership the team is bringing in Larry Allen Jr., as in the son of Pro Football Hall of Famer and Cowboys legend Larry Allen.

But all eyes will be on Allen Jr., a first-team All-Ivy League team standout this past season. Allen Jr. was a first-team selection as a sophomore in 2016 for the Crimson and second-team all-conference as a redshirt freshman in 2015.

His father was drafted by the Cowboys 25 years ago as a second-round pick from Sonoma State (Calif.) in 1994. Allen went on to become the most decorated lineman in team history, earning 10 Pro Bowls with the Cowboys, playing mostly guard, but one season at tackle. He earned an 11th Pro Bowl selection with the 49ers.

As it’s noted, Larry Allen is one of the finer players in Cowboys history. There’s a case to be made that he’s the best offensive lineman to ever put on the team’s uniform, and that’s saying a lot given the franchise that we’re discussing here.

Larry Allen Jr. has quite the shadow hovering over him, but if there’s a team that can see UDFAs succeed it’s certainly the Cowboys. They currently have one who’s already on the offensive line in La’el Collins, although obviously that was a very unique situation regarding why he wasn’t drafted.

How about that? Larry Allen Jr., ladies and gentlemen!