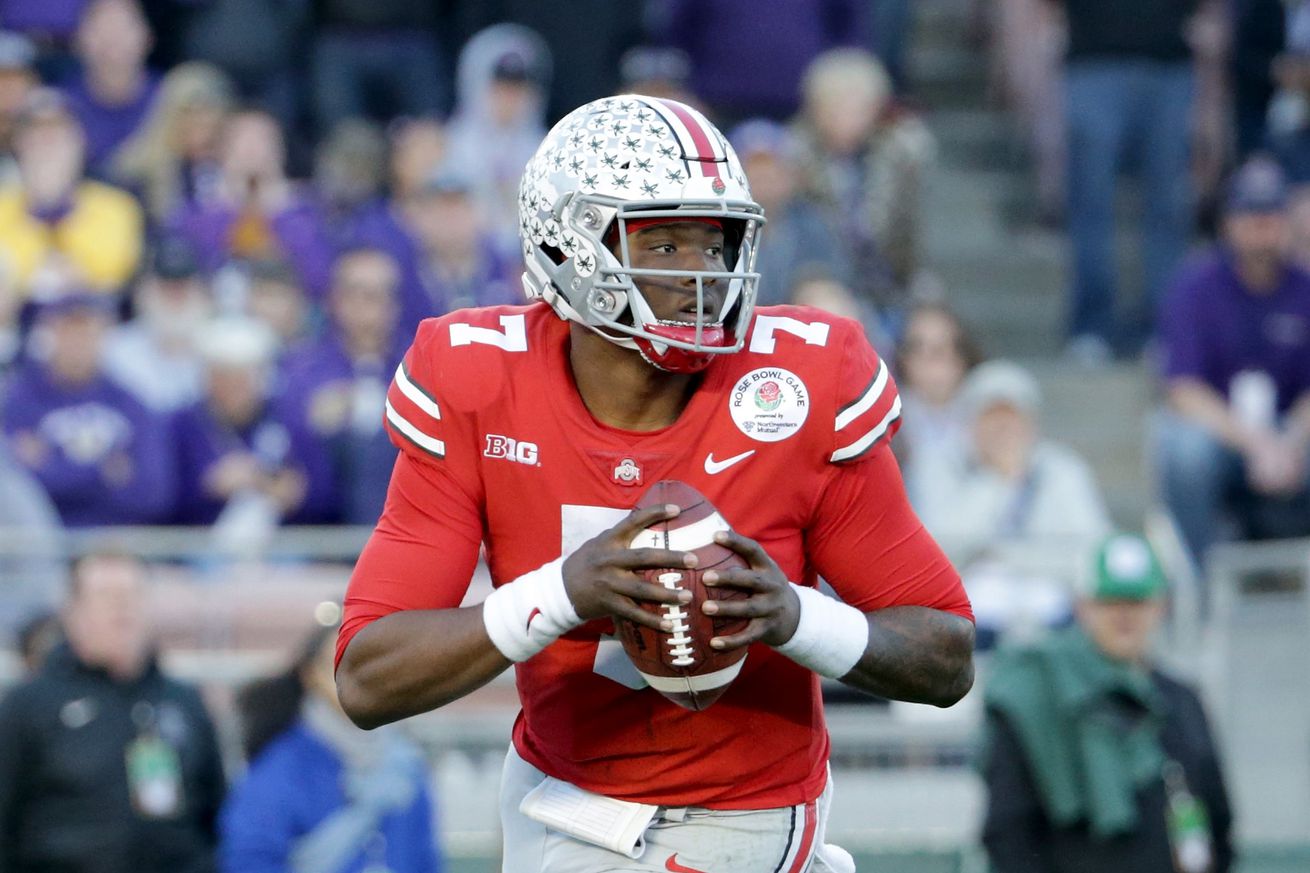 Looking at their upcoming opponents, which rookies could create the biggest problem for the Cowboys?

The Dallas Cowboys got some nice new toys to play with this season with eight players selected in the 2019 NFL Draft. September can’t get here soon enough. Of course, there are other teams that got some new players too, and some of those teams are slated to play the Cowboys this upcoming season. It is interesting to peruse through the Cowboys draft picks and check out who this year’s opponent selected from the draft. There are some pretty big names on the docket, but which of these picks concern you the most? Let’s take a look at some of the more intriguing players who could make an impact when they square off against our beloved Cowboys.

Here are the five most dangerous rookies the Cowboys will play against this upcoming season:

The Bears had no first-round pick (Khalil Mack trade) or second-round pick (Anthony Miller trade) this year. Despite only having five total draft picks and the first one not coming until pick 73, they still got a player that is cause for concern.

Iowa State star running back David Montgomery is that guy. Montgomery was the third running back selected in the draft. He does a great job finding running lanes and is a physical runner. Montgomery does a good job creating space for himself and doesn’t go down easy. He should come in and make an impact right away.

The Bears traded away Jordan Howard to the Philadelphia Eagles for a sixth-round draft pick, but have replenished the position with one of the top college backs in the draft. Pair him with Tarik Cohen and the Bears once again have a dynamic duo in the backfield.

The Bills are one of three AFC East teams that beefed up the interior of their defensive line, and as we noted a couple days ago – the addition of Connor McGovern couldn’t have happened at a better time. The Bills landed Ed Oliver who was selected ninth overall in the draft. The Houston defensive tackle is super athletic and will bring a lot of help in the middle for the Bills.

What makes Oliver a bigger threat than some of his elite DT counterparts is that he’ll join a defensive line that also features last year’s draft pick Harrison Phillips, plus the recent addition of edge rusher Trent Murphy. This is an up-and-coming group and the addition of Oliver could be the big spark they need.

The Bills only won six games last year, but it wasn’t because of their defense. They finished second in the league in fewest yards allowed, trailing only Baltimore. More power on the defensive line is just going to help this unit become even better.

Indianapolis Colts tight end Eric Ebron had a Pro Bowl season in 2018. Before that though, he was the recipient of about 85 targets from Matthew Stafford during each of his last two seasons with the Lions. After Ebron left, the Lions got essentially nothing from the tight end position. The most targets any Lions tight end had last year was 24 from Levine Toilolo.

The Lions remedied this problem by selecting the top tight end in the draft in T.J. Hockenson. The Iowa star can do it all. He can block, he can move, and he’s a reliable pass catcher. The Lions will want to keep him on the field as much as possible.

The good news for Dallas is they have a lot of different defensive backs who can cover tight ends. Even their new hard-hitting box safety Donovan Wilson is pretty darn good in coverage against tight ends.

The Patriots were the first team to take a wide receiver in this year’s draft when they took Arizona State star N’Keal Harry. Any time the Patriots bring in a new receiver, it doesn’t usually mean all that much as he’s typically just another guy to add to the committee of receivers that Tom Brady has at his disposal. They haven’t had a big play star receiver since Randy Moss.

But that could be changing as Harry is an elite talent. The Patriots must also think so because they haven’t invested a first-round draft pick on a wide receiver since Terry Glenn back in 1996. After six straight years of using their top draft resource on defensive players, the Patriots have now selected three offensive players in the first round over the last two drafts – Harry this year and Isaiah Wynn/Sony Michel last season. They also added another quality running back in Damien Harris in the third round. The Patriots have reloaded on offense and that’s really not what you want to hear from a team that has won three of the last five Super Bowls.

The Cowboys played against both of the first-round wide receivers last year (D.J. Moore and Calvin Ridley) and neither of them made any noise against them. It could be different this time around because it’s not just about the talent of Harry, but also the situation he’s in. He’s just one guy of many that can hurt them and you better believe the Patriots will find a way to max out his talent.

It feels like every year there’s a rookie quarterback that breaks out. Sometimes it’s those coveted top guys like Andrew Luck or Robert Griffin III. Or sometimes it’s a fourth-round pick from Mississippi State. Dwayne Haskins could be that guy this year.

While New York’s Daniel Jones was selected higher than Haskins, the opportunity for the Redskins rookie quarterback could come sooner versus later. For some reason, the brain-trust in New York still wants to roll with Eli Manning, but at the nation’s capital – Colt McCoy and Case Keenum are the only thing standing in Haskins way. While it’s nice to have him sit back and learn under the veterans, there is nothing exciting about these other guys that can keep them on the field. Expect the Redskins to give the rookie a shot.

Haskins is a disciplined passer. He doesn’t take many chances and his ability to protect the ball will make them feel better about letting the rookie have the keys to the car. The thirst to make plays will cause the team to hand over the reigns at some point this season.

Don’t forget about: Derrius Guice. Last year’s rookie running back was lost for the season due to injury, but we’ll all get a taste of what he can do. We’ve seen newcomer duo’s of QB and RB fly out of the gate (RG3 and Alfred Morris in 2012, Dak Prescott and Ezekiel Elliot in 2016) so look out for these youngsters in Washington.

Who do you believe is the most dangerous rookie the Cowboys will play this season?