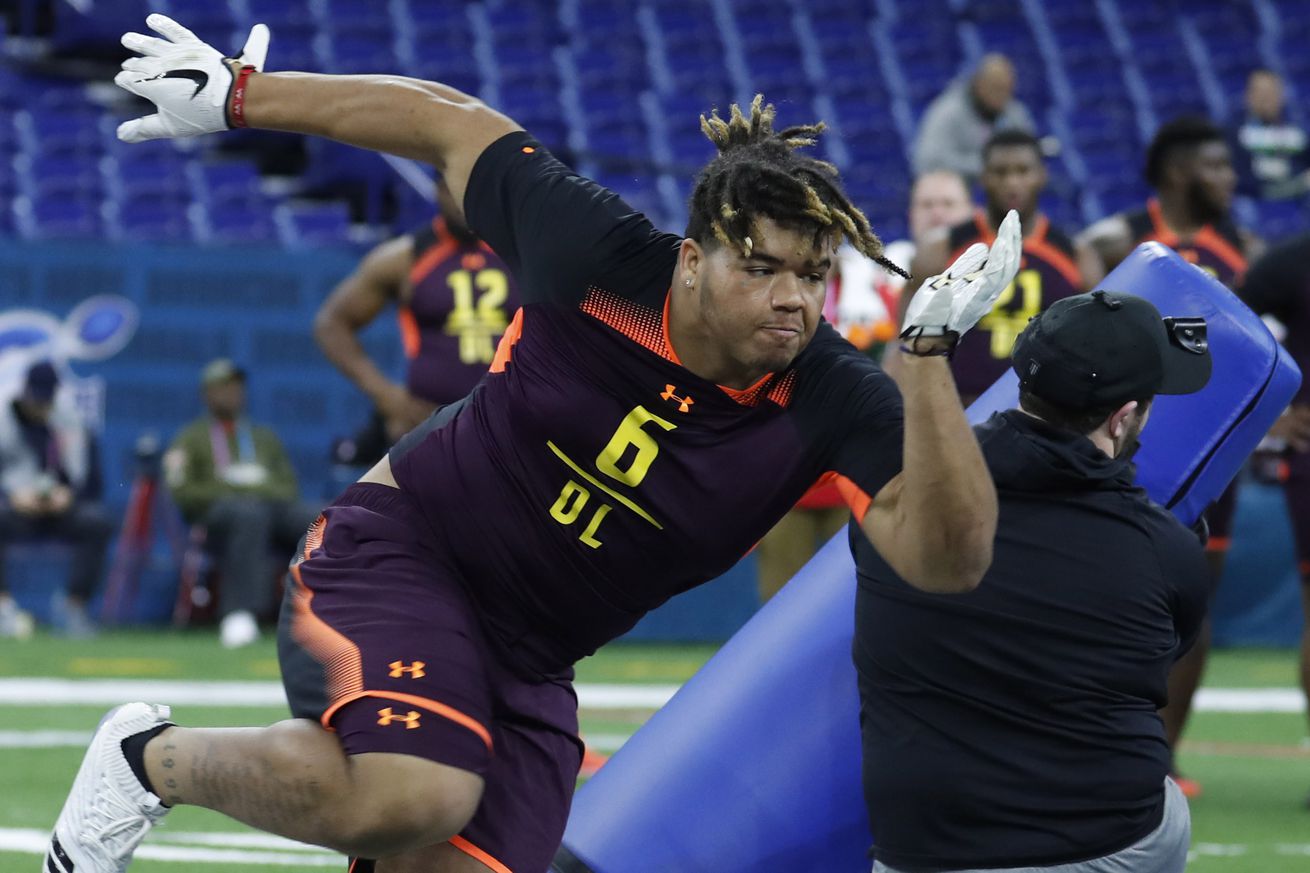 Let’s hear what some NFL execs had to say about the Cowboys draft class.

ESPN got general managers from other teams to talk about the draft class of each NFL franchise. When it came to the Cowboys, they focused on three players.

One was Amari Cooper, who technically wasn’t part of the 2019 draft class but we include him as the first-round pick.

Most execs polled thought the Cowboys came out OK with Cooper.

The first-round pick Dallas would have possessed — No. 27 overall — was one the Raiders used for safety Johnathan Abram. An evaluator thought Abram was the best player on the board at that time, and would have been a logical choice for the Cowboys.

”Cooper has more value than Abram right now, but looking dollar for dollar in the future, you will get more bang for your buck from Abram,” an evaluator said.

That’s an interesting statement. Yes, Abram will be much cheaper than Cooper but Abram has yet to play a down. We don’t know if he can play on the NFL level yet, and he doesn’t play a position that is considered crucial to NFL success. He’s basically a box safety, Cooper is a wide receiver, so Abram would have to be pretty spectacular to beat out the value of Cooper even given the disparity in contracts. The bang-for-buck theory makes sense in the abstract, but the Cowboys were a different team once Cooper showed up. I doubt Abram would be able to do the same.

Next up, some real Trysten Hill love.

A GM said he rated second-round Cowboys defensive tackle Trysten Hill ahead of Christian Wilkins, the defensive tackle the Dolphins selected 13th overall. Some of the appeal depends on the fit, which is a big part of these evaluations.

”Hill is not a good fit in Dallas, he is a great fit,” this GM said. “He is athletic, he is fast and he went to the perfect spot where he has a great coach [Rod Marinelli] who can get it out of him. He is a very good nose in that scheme who can play 3-technique and be an every-down player. He has more talent upside than Wilkins does.”

Higher than Christian Wilkins? I heard that said on draft night, but wasn’t sure if I believed it. Guess one NFL GM did say that, for what it’s worth. But there were detractors, too.

That is not a unanimous opinion. A former GM said he didn’t see special traits with Hill and questioned whether he had the upside. Such is the nature of draft analysis.

After another GM praised Amari Cooper, he noted the versatility of Tony Pollard.

”Amari Cooper is a good pick for them,” a different GM said. “I also liked [fourth-round running back Tony] Pollard because of his versatility. He is going to be a returner, although kickoff returns are becoming obsolete.”

The Cowboys would certainly be wise to see if Pollard could also return punts, since that is still very much part of the game. But again, when we talk about Pollard’s versatility, we must always talk about Kellen Moore, the man who needs to make the most of it in the “new” offense.