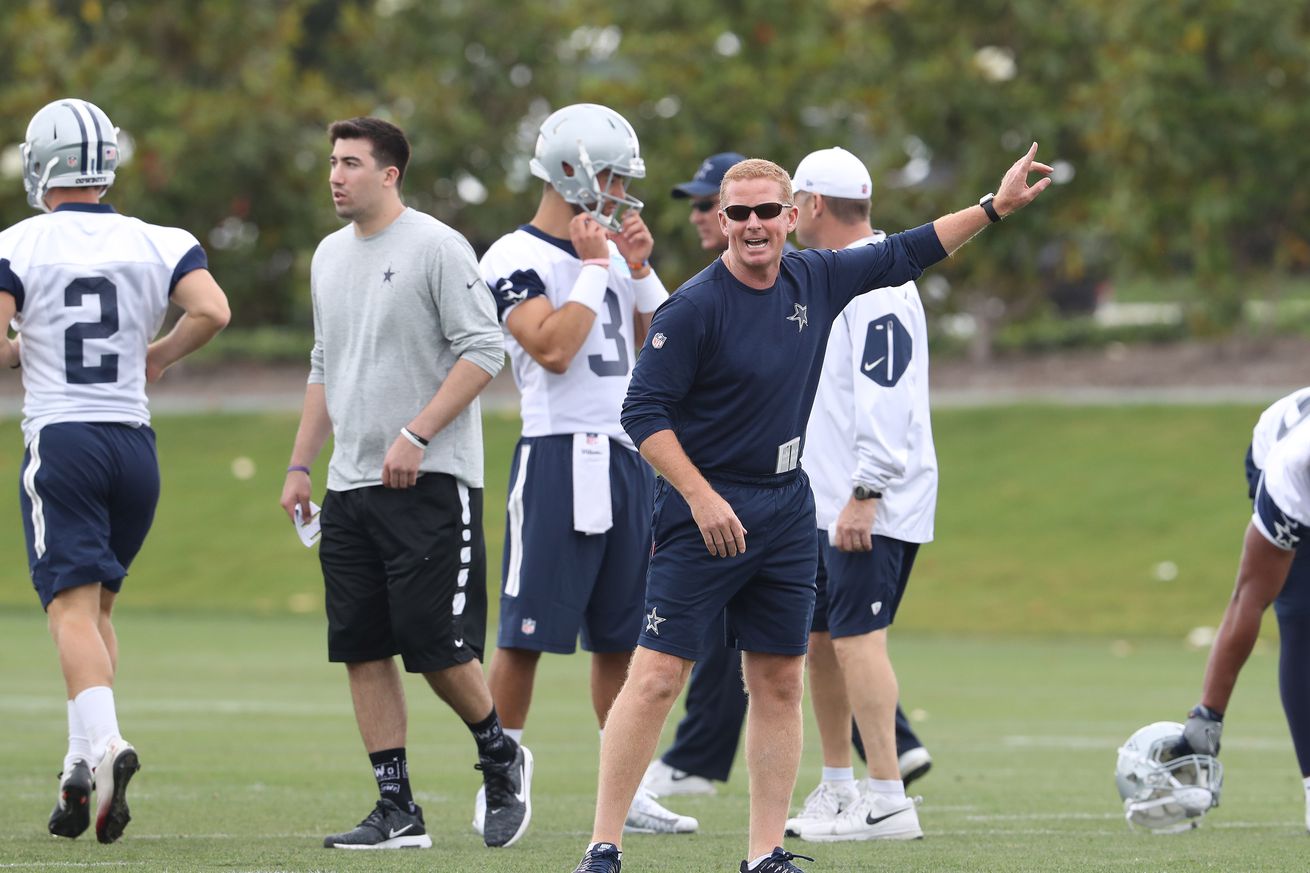 There is other business going on when the Cowboys gather for minicamp.

It’s like that first whiff of tantalizing aroma from the kitchen. It offers no real satisfaction and just hints at what is coming, but it immediately starts the mouth to watering. That is what the rookie minicamps do for NFL fans. It is the first thing even remotely resembling real football for their team in months. For the Dallas Cowboys, it starts this week, running from May 10-12. It will soon be followed by the OTAs and the mandatory minicamp for everyone. Once that wraps up, it will be just seven weeks until training camp starts.

If that brings a smile to your face and maybe makes your heart pump a little faster, then you are my kind of fan.

Of course, the rookie practices are not just a marker along the way to the return of football. They are the beginning of the process of getting the new players on board, orienting them to how things work, and doing some rudimentary installation for players that are completely new to the scheme. And there will not just be draftees and UDFAs at the session. The team will also bring in some tryout players, some of whom may wind up coming with the team to camp in Oxnard, but mostly are there to just have enough bodies to get some work done. However, the team is going to bring in players who they think are at least capable to try and get as much out of things as they can.

There are some interesting things that might be learned from this three day session. However, whatever you think you see, do NOT do this:

No. Do not gush over a player in shorts and a T-shirt throwing some uncontested balls. And apparently, just like “New York minute” has a certain meaning, “New York dime” means “at least close enough for the receiver to stretch out and get his hands on it”. Look, this is what you might expect from a fan, but it is embarrassing to see this from the official website of an NFL team. (And might I add, this is something I would never expect the consummate professionals at DallasCowboys.com to do.) It is OK to note that someone looks good or has a nice rep, but curb that enthusiasm a bit.

You can not get anything really great out of the rookie minicamp. We will have to see how things shake out once they get into pads in a little less than three months. But sometimes, you can learn something bad.

Rookie mini-camp is an exciting time for NFL staffs but there are some “oh, crap” moments where teams immediately know a player they just drafted isn’t what they thought he was. I was with a team once that took a skill player in Rd. 3 and we knew right away it was a bad pick.

Hopefully the Cowboys won’t get any unpleasant surprises like that.

In truth, one of the most interesting things to see will be those guys coming in to try out. Who is there will be revealing.

A couple of positions that will almost certainly wind up sending someone on to camp: Quarterback and placekicker. The Cowboys need a fourth arm for camp so they don’t overwork their current QBs. They want someone who can at least provide a close approximation of an NFL passer to give the players on the field with him a fair shake. And although it is the longest of shots, one of those just might catch the coaches’ eyes. If the team keeps all three of its current QBs for the 53-man roster, there still might be a job on the practice squad to be had.

Kickers have a much better shot. After all, Brett Maher was just a camp body so Dan Bailey didn’t get worn out – we thought. And Maher certainly hasn’t nailed his position down. He is likely going to face a true competition, and a great performance from someone else, or a bad camp for Maher, could lead to a change.

There is a third position to watch, but for somewhat different reasons. The team pretty much has to bring in a tight end or two, just to have a body on the field. Whether the do sign one will be very interesting. They currently have only five on the roster, and that seems a bit light, if they are going to use the position the same way as in the past. If so, you would expect them to add another for Oxnard.

But if they don’t, it could be another subtle sign of the way things will change under Kellen Moore. Going lighter at the position means that he may well be de-emphasizing the position in the scheme. Admittedly, that may just be me squinting way too hard at the tea leaves. We just are so eager to see what the new OC brings to the table that we will look for auguries just about anywhere.

Meanwhile, we will have to pour over all the reports coming out of the rookie minicamp, and be aware that the team is not going to tip too much. Mostly, we just want to see some good reps and drills from the newest Cowboys and hopefuls. Don’t be discouraged by some up and down days. These are a bunch of guys just out of college who are in the middle of a drinking from a fire hose experience.

The best thing is that it is kinda sorta football things going on. For that we should rejoice.