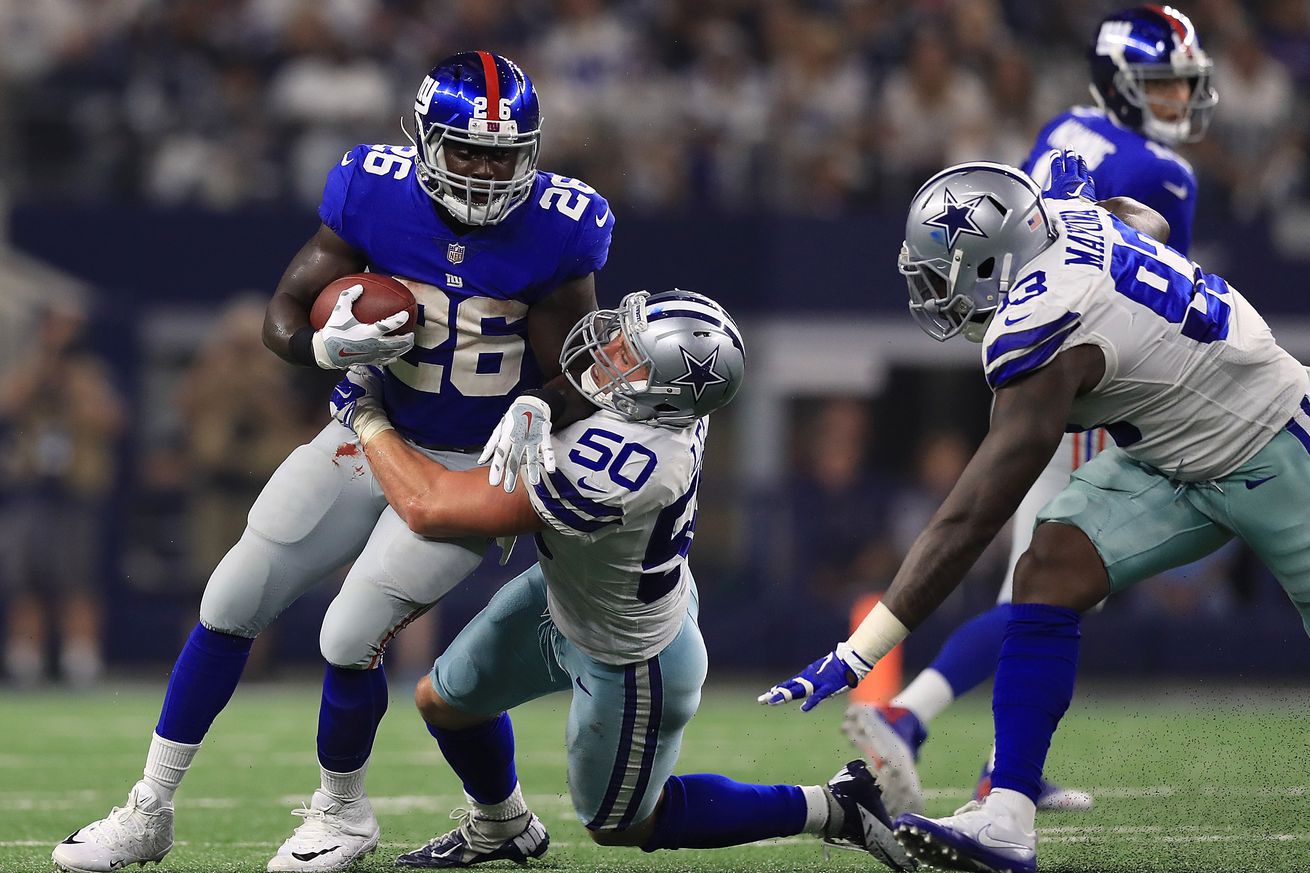 It’s May, let’s start with that, but it is post-draft time and the rumors are starting to swirl around certain positions and certain players. One of the more familiar faces around the locker room is linebacker Sean Lee. There were many questions whether Lee would be around in 2019 after another injury-riddled season, but he took a pay-cut and signed up for another go.

A report came out today from Clarence Hill of the Star-Telegram that Sean Lee is not only returning in 2019, but is set to return as a starter at SAM linebacker. Damien Wilson, the teams starter at SAM LB in recent years, signed with the Kansas City Chiefs during free agency.

When linebacker Sean Lee decided to continue to forgo retirement and take a pay cut to continue his career with the Dallas Cowboys in 2019, it was generally assumed that he would return as a backup to middle linebacker Jaylon Smith and weak-side linebacker Leighton Vander Esch.

But per multiple sources, the Cowboys plan to return Lee, 32, to the starting lineup as the replacement for the departed Damien Wilson at strong-side linebacker.

It makes sense for the Cowboys and Lee.

This is an interesting decision from the team seeing that the Cowboys goal in recent years was to try and keep Sean Lee as healthy as possible throughout the season. The SAM linebacker sees far fewer snaps than the other two linebacker positions so that should help. But playing Lee at strong-side linebacker would force him to deal with more blockers at the point-of-attack (more contact) than he saw when playing WILL linebacker in recent years. Lee’s best traits are his instincts, tackling abilities, and field vision when playing off the ball. Some of his worst trait’s include: point of attack power, shedding abilities, and blitzing abilities, three things he will likely be asked to do more of at SAM linebacker.

While the combination of SAM linebacker and Sean Lee isn’t a match made in heaven, Lee has show the ability to adapt and develop to position/scheme changes throughout his entire career. This change could likely be a breeze for the 32-year-old veteran linebacker, we will get a first glimpse at Lee at his new position in training camp, which is not too far away!